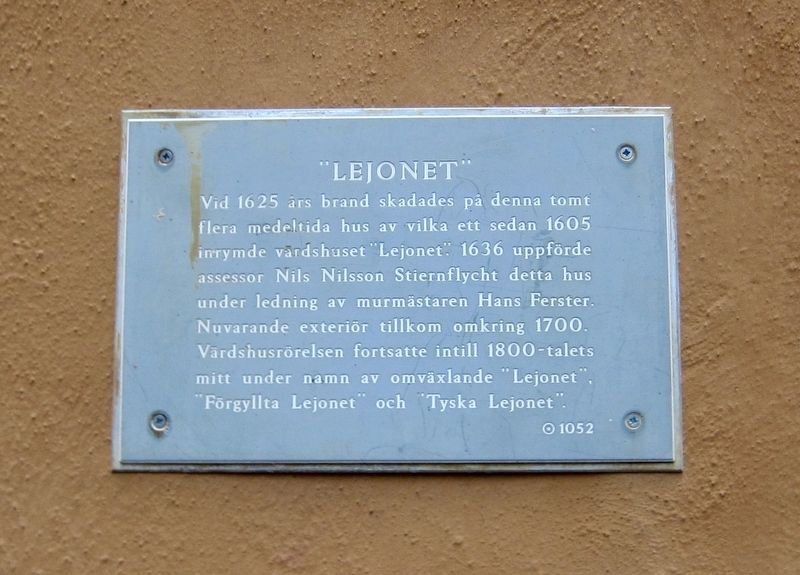 By Andrew Ruppenstein, June 10, 2017
1. "Lejonet" / "The Lion" Marker
Inscription.
[English translation:] , In 1625, a number of medieval buildings were damaged by fire on this site, of which one, an inn - "The Lion", had operated since 1605. In 1636, assessor Nils Nilsson Stiernflycht built this house under the direction of master mason Hans Ferster. The existing exterior was added around 1700. An inn was again operated here until the middle of the 19th Century, alternating between the names of "The Lion", "The Guilded Lion" and "The German Lion". . This historical marker is in Stockholm in Stockholm County Södermanland Province Sweden