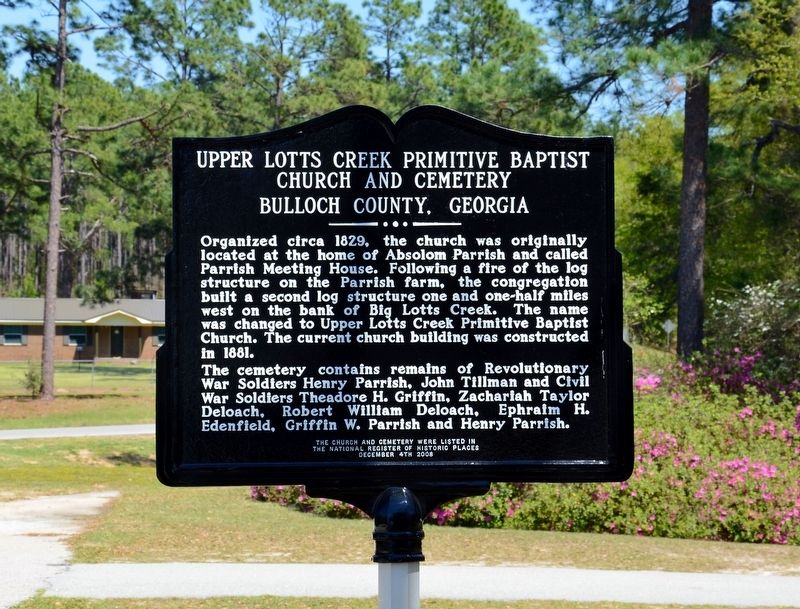 Organized circa 1829, the church was originally located at the home of Absolom Parrish and called Parrish Meeting House. Following a fire of the log structure on the Parrish farm, the congregation built a second log structure one and one-half miles west on the bank of Big Lotts Creek. The name was changed to Upper Lotts Creek Primitive Baptist Church. The current church building was constructed in 1881.

The church and cemetery were listed in the National Register of Historic Places December 4 2008. 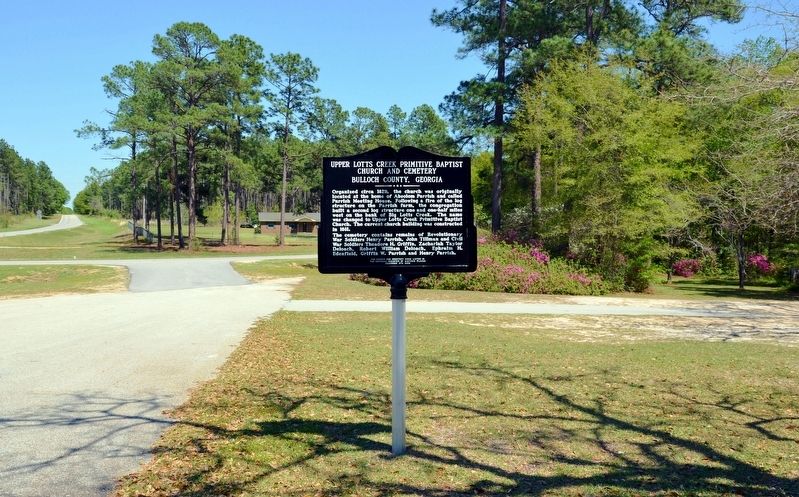 Click or scan to see
this page online
of Portal Highway and Westside Road, on the right when traveling north on Portal Highway. Portal Highway is also known as Rocky Ford Road and Metter Road in different sections. Touch for map. Marker is at or near this postal address: 1804 Upper Lotts Creek Church Rd, Portal GA 30450, United States of America. Touch for directions. 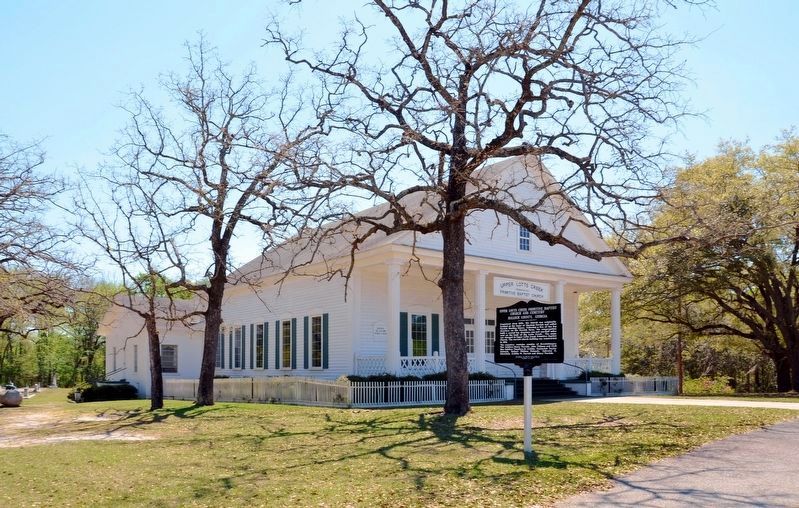 Photographed By David Seibert, April 10, 2014
3. Upper Lotts Creek Primitive Baptist Church and Cemetery Marker
A very small portion of the cemetery can be seen at the left rear of the church building. 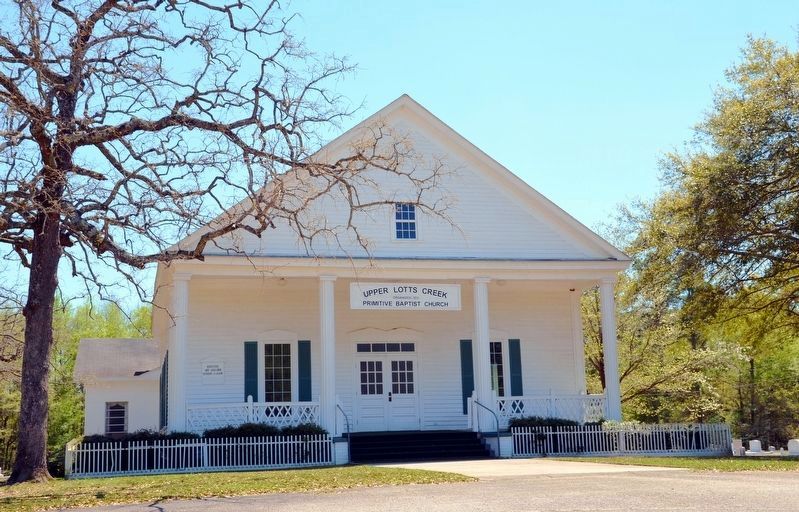