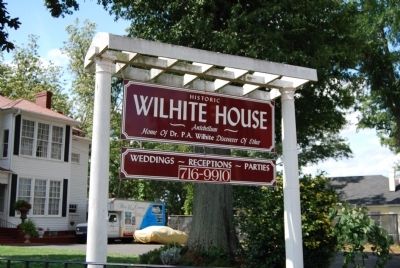 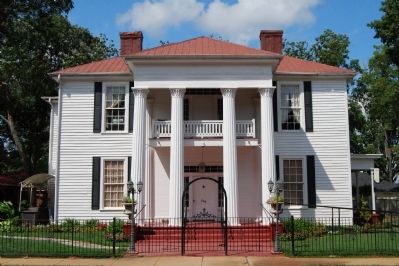 Regarding Historic Wilhite House. The house is also known as the Wilhite-Brown House.

Also see . . .  Ether. Ether is a class of organic compounds that contain an ether group — an oxygen atom connected to two alkyl or aryl groups — of general formula R–O–R. (Submitted on September 21, 2010, by Brian Scott of Anderson, South Carolina.)

Additional commentary.
1. The Wilhite House and Early Owners
Dr. Wilhite was a native of Georgia but graduated from the medical college in Charleston in 1852 and the next year located in Anderson. Several years earlier he had married Miss Cora Hillis. They lived for a few years in the old Towers House on Whitner Street before building their beautiful mansion on McDuffie Street. 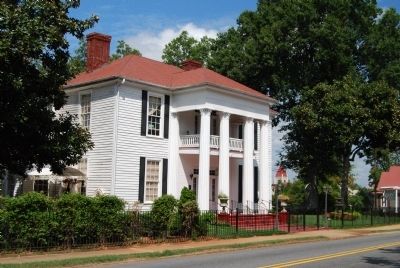 Photographed By Brian Scott, August 23, 2008
3. Historic Wilhite House -
Southeast Elevation
a drug store with a succession of partners and then his sons, Frank T. and J.O Wilhite. Dr. Philip Wilhite was a member of the U.S. Medical Association and at one meeting of that body he was acknowledged to be the discoverer of the anesthesia ether and it was determined that his services ought to be recognized by the government, but this was never done. He participated, along with Dr. Crawford Long, in the first surgery ever performed using ether as anesthesia. When he died in 1892 he was the last member of the original Board of Health in South Carolina.

The original family occupied the splendid mansion for about eighty years. A granddaughter of Philip & Cora, Miss Mary Wilhite was the last Wilhite to occupy the home. It has recently come to our attention that Mary Wilhite never married because her father, Frank Wilhite, forbid her to marry or risk being disinherited. In those days, it would have been quite a disgrace to be a spinster, especially a wealthy one. There is often unexplained “activity” following a wedding at The Wilhite House; simple, harmless things like switches being turned off, flowers coming out of vases, female laughter, items disappearing then reappearing the next day. It is my belief that Miss Mary is enjoying the weddings of other brides, because she never had the privilege of being of being a bride herself…which is very sad indeed. 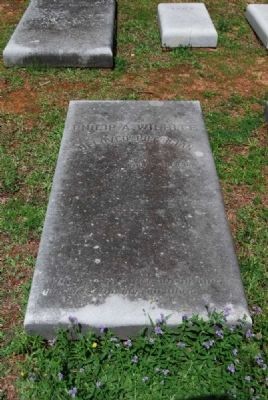