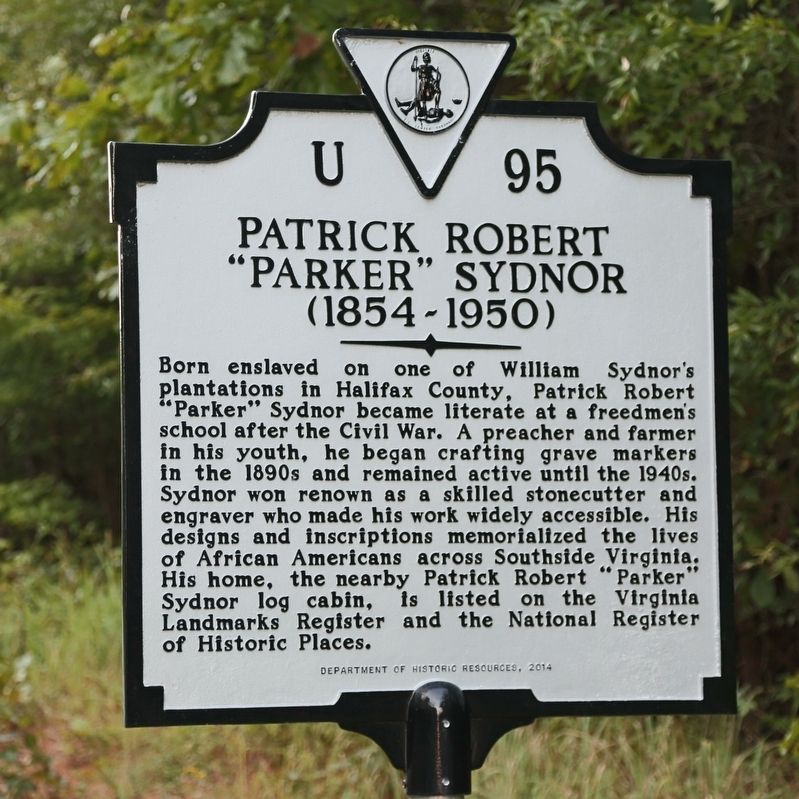 Born enslaved on one of William Sydnor’s plantations in Halifax County, Patrick Robert “Parker” Sydnor became literate at a freedmen’s school after the Civil War. A preacher and farmer in his youth, he began crafting grave markers in the 1890s and remained active until the 1940s. Sydnor won renown as a skilled stonecutter and engraver who made his work widely accessible. His designs and inscriptions memorialized the lives of African Americans across Southside Virginia His home, the nearby Patrick Robert “Parker” Sydnor log cabin, is listed on the Virginia Landmarks Register and the National Register of Historic Places.

Erected 2014 by Department of Historic Resources. (Marker Number U-95.)

Other nearby markers. At least 8 other markers are within 7 miles of this marker, measured as the crow flies. Prestwould Plantation (approx. 0.3 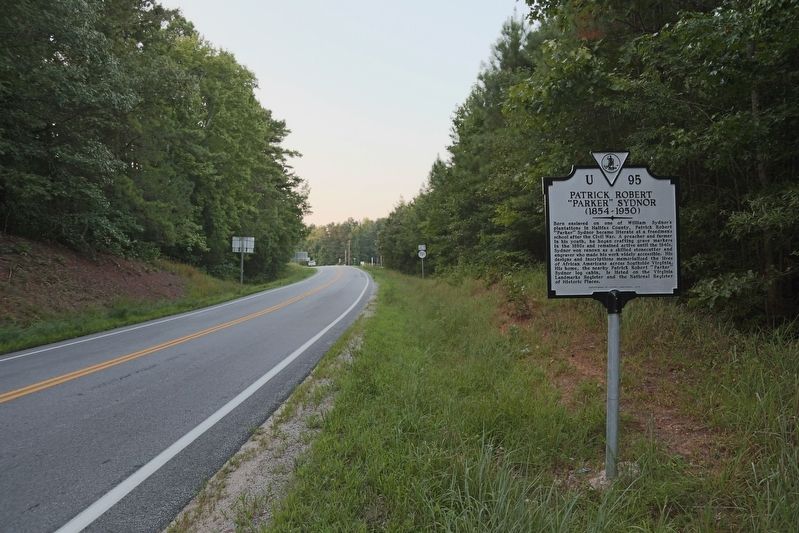