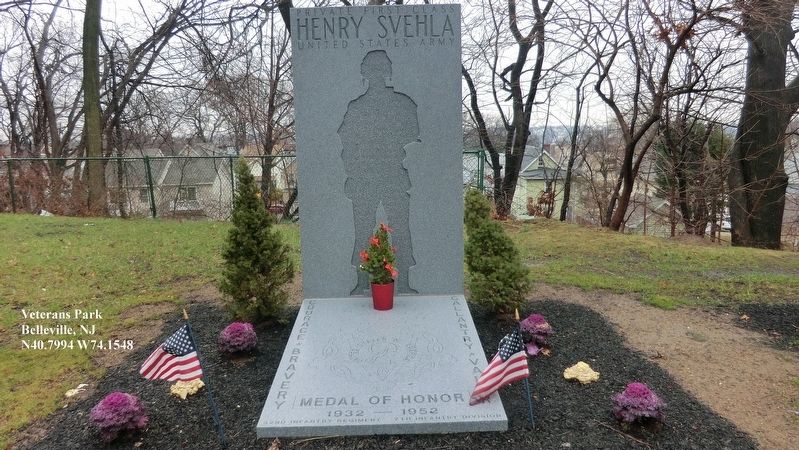 Topics. This memorial monument is listed in this topic list: War, Korean. 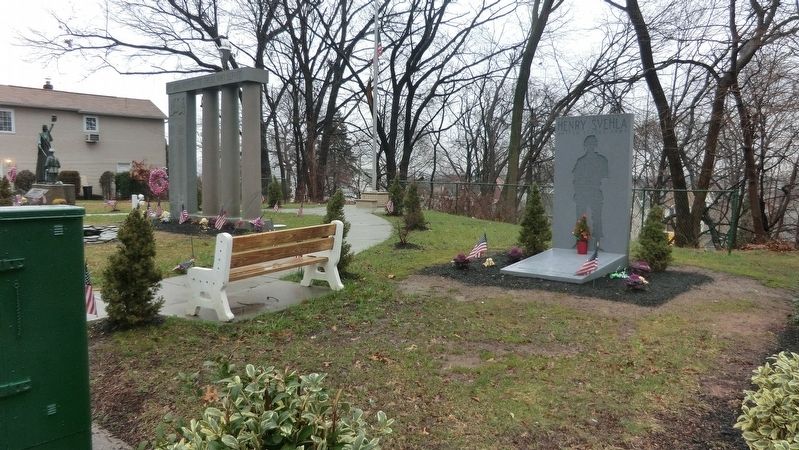 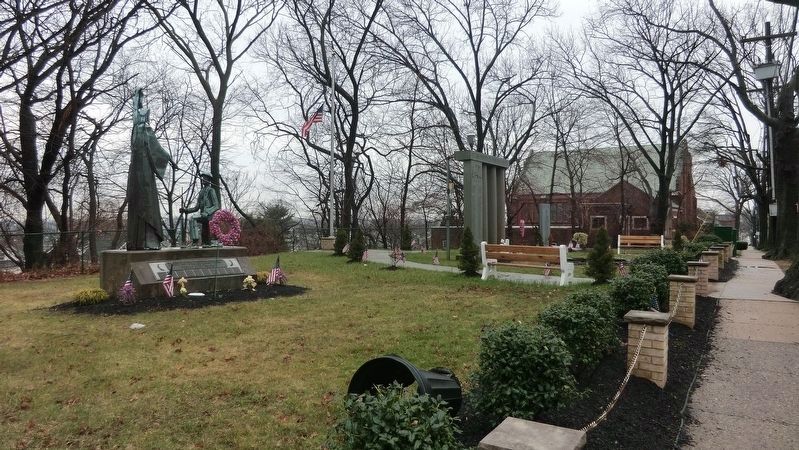 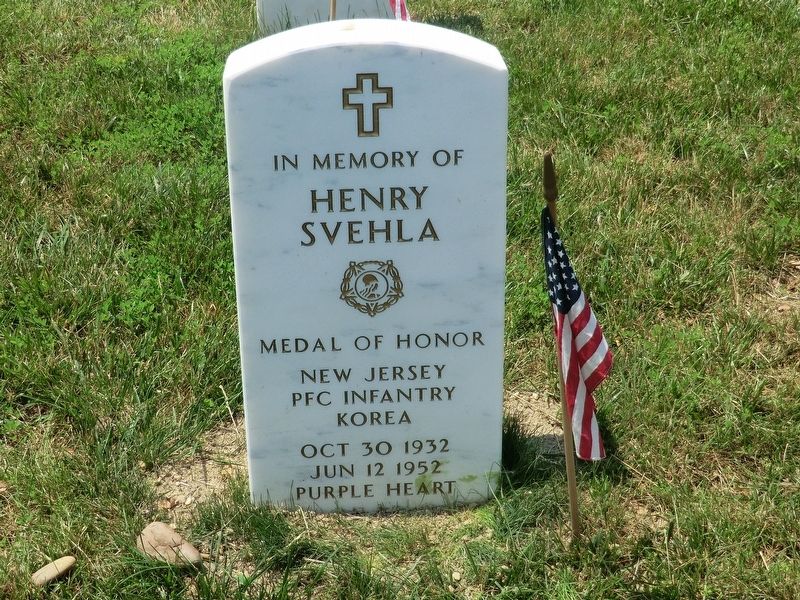 By Don Morfe, May 27, 2012
4. Henry Svehla grave marker
He has a "In Memory Of" marker in Arlington National Cemetery, Section MG-27. He was Killed in Action and his remains were never recovered. His Medal of Honor information and citation is: *SVEHLA, HENRY • Rank and organization: Private First Class, U.S. Army, Company F, 32d Infantry Regiment, 7th Infantry Division. • Place and date: Pyongony, Korea, 12 June, 1952 • Born: 1932, New Jersey. Citation: Private First Class Henry Svehla distinguished himself by acts of gallantry and intrepidity above and beyond the call of duty while serving as a Rifleman with F Company, 32d Infantry Regiment, 7th Infantry Division, in connection with combat operations against an armed enemy in Pyongony, Korea, on 12 June 1952. That afternoon while Private First Class Svehla and his platoon were patrolling a strategic hill to determine enemy strength and positions, they were subjected to intense enemy automatic weapons and small arms fire at the top of the hill. Coming under the heavy fire, the platoon's attack began to falter. Realizing the success of the mission and the safety of the remaining troops were in peril, Private First Class Svehla leapt to his feet and charged the enemy positions, firing his weapon and throwing grenades as he advanced. In the face of this courage and determination, the platoon rallied to the attack with renewed vigor. Private First Class Svehla, utterly disregarding his own safety, destroyed enemy positions and inflicted heavy casualties, when suddenly fragments from a mortar round exploding nearby seriously wounded him in the face. Despite his wounds, Private First Class Svehla refused medical treatment and continued to lead the attack. When an enemy grenade landed among a group of his comrades, Private First Class Svehla, without hesitation and undoubtedly aware of the extreme danger, threw himself upon the grenade. During this action, Private First Class Svehla was mortally wounded. Private First Class Svehla's extraordinary heroism and selflessness at the cost of his own life, above and beyond the call of duty, are in keeping with the highest traditions of the military service and reflect great credit upon himself, his unit, and the United States Army.
Credits. This page was last revised on August 28, 2017. It was originally submitted on August 26, 2017, by Don Morfe of Baltimore, Maryland. This page has been viewed 108 times since then and 2 times this year. Photos:   1, 2, 3, 4. submitted on August 26, 2017, by Don Morfe of Baltimore, Maryland. • Bill Pfingsten was the editor who published this page.
Share This Page.