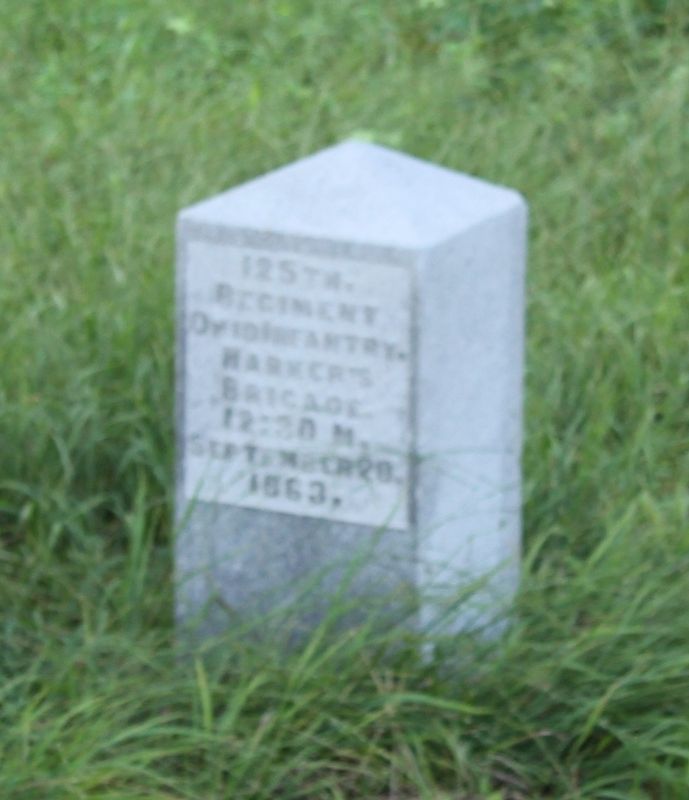 Location. 34° 55.39′ N, 85° 15.924′ W. Marker is near Fort Oglethorpe, Georgia, in Walker County. Marker can be reached from Glenn-Kelly Road north of Dyer Road, on the left when traveling north. This marker is located about 100 yards off of the west side of the roadway, and is situated in a wooded area, with no clear trail or pathway leading to it. Touch for map. Marker is in this post office area: Fort Oglethorpe GA 30742, United States of America. Touch for directions. 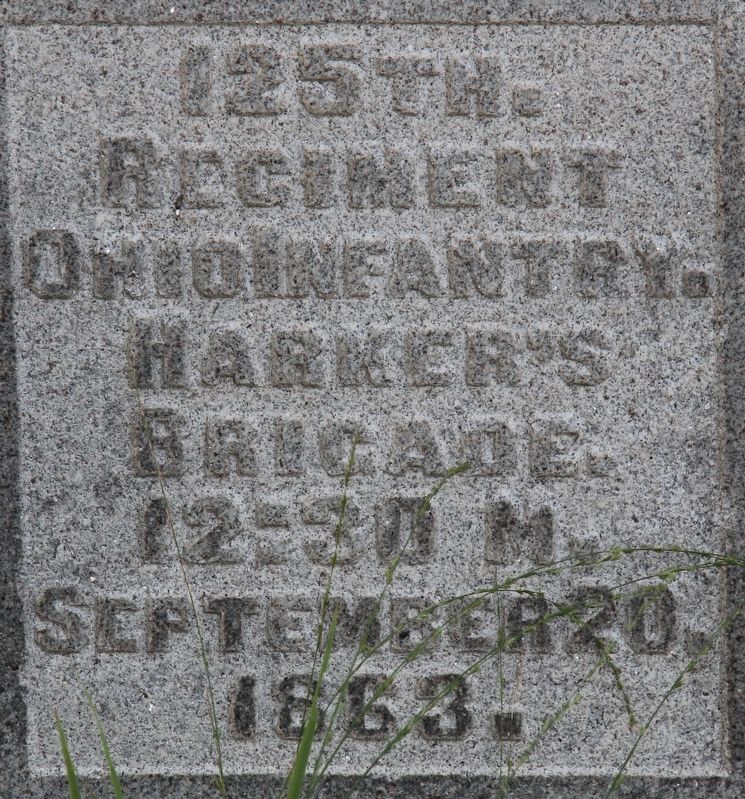 More about this marker. According to the description information provided by the National Park Service, the monument is, “a 1'6" x 1'6" x 3' high granite obelisk with a raised letter inscription. Marks unit's position southwest of the old blacksmith shop off Glenn-Kelly Road on September 20, 1863, at 12:30 p.m.”

In locating this marker I used the "Chickamauga Battlefield" map, that I purchased at the Chickamauga and Chattanooga National Military Park, Visitor Center, to determine both the marker number for this marker and the marker's location in relation to the rest of the park's monuments, markers, and tablets. According to the map it provides the, "numerical listing of all monuments, markers, and tablets on the Chickamauga Battlefield (using the Chick-Chatt NMP Monument Numbering System).” 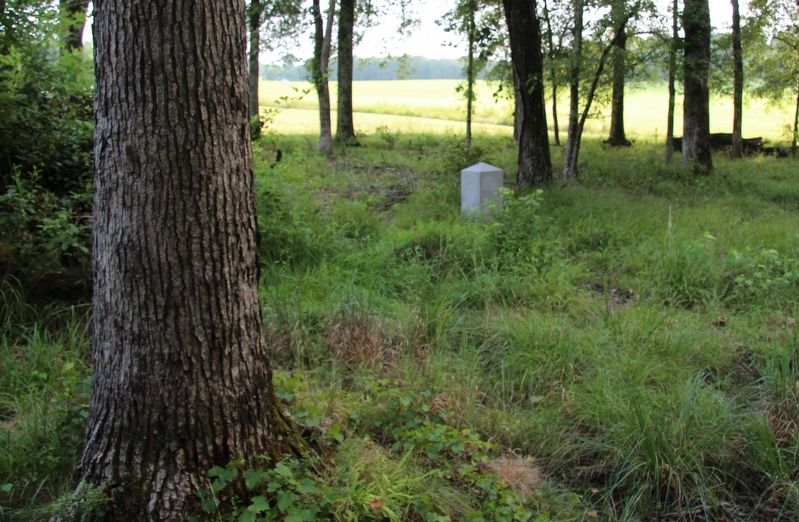 By Dale K. Benington, July 27, 2017
3. 125th Ohio Infantry Marker
View of the marker situated in the midst of a wooded area, but a short distance from the open field seen in the background. 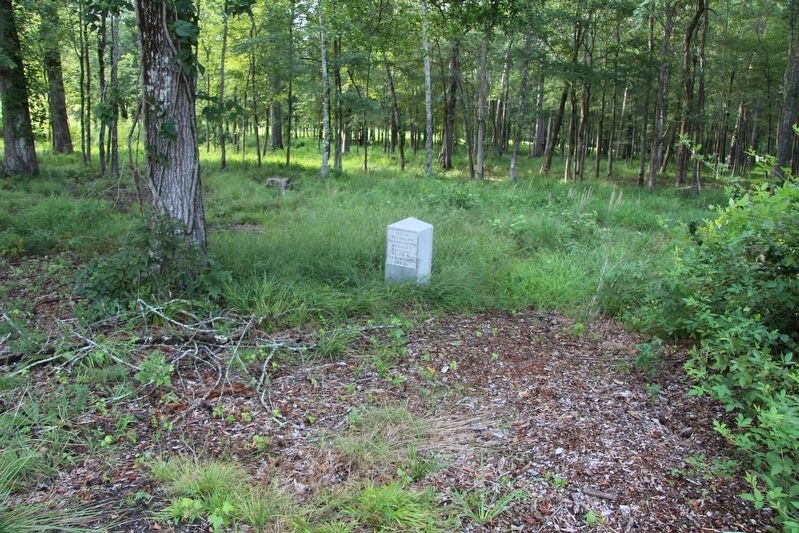 By Dale K. Benington, July 27, 2017
4. 125th Ohio Infantry Marker
View of the marker situated in the midst of a wooded area, with no nearby trail to utilize. 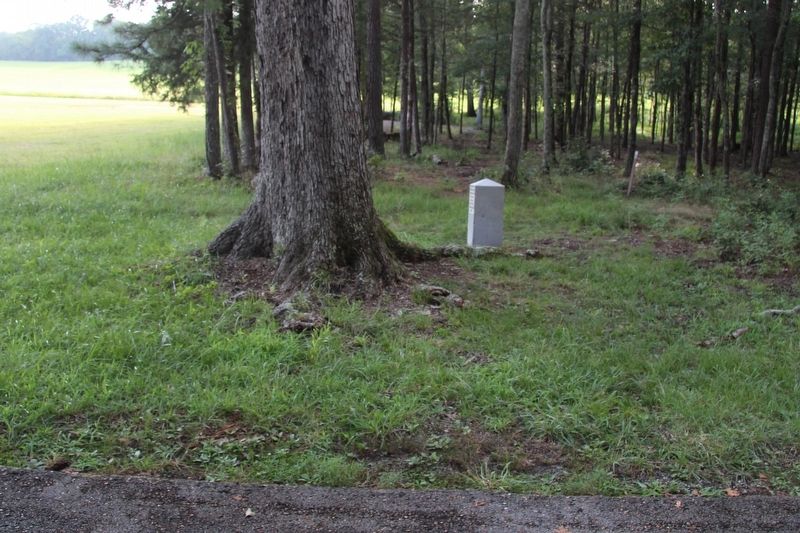