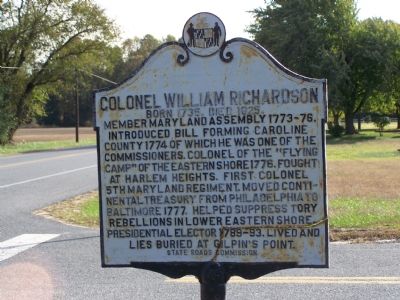 Topics. This historical marker is listed in these topic lists: Government & Politics • Military • Notable Events • War, US Revolutionary. A significant historical year for this entry is 1774.

Location. 38° 47.611′ N, 75° 52.167′ W. Marker is near Preston, Maryland, in Caroline County. Marker is at the intersection of Harmony Road (Maryland Route 16) and Wilkins Branch Road, on the left when traveling north on Harmony Road. Touch for map. Marker is in this post office area: Preston MD 21655, United States of America. Touch for directions.

Other nearby markers. At least 8 other markers are within 4 miles of this marker, measured as the crow flies. “Sailing Away to Freedom” (approx. 1.8 miles away); William Richardson 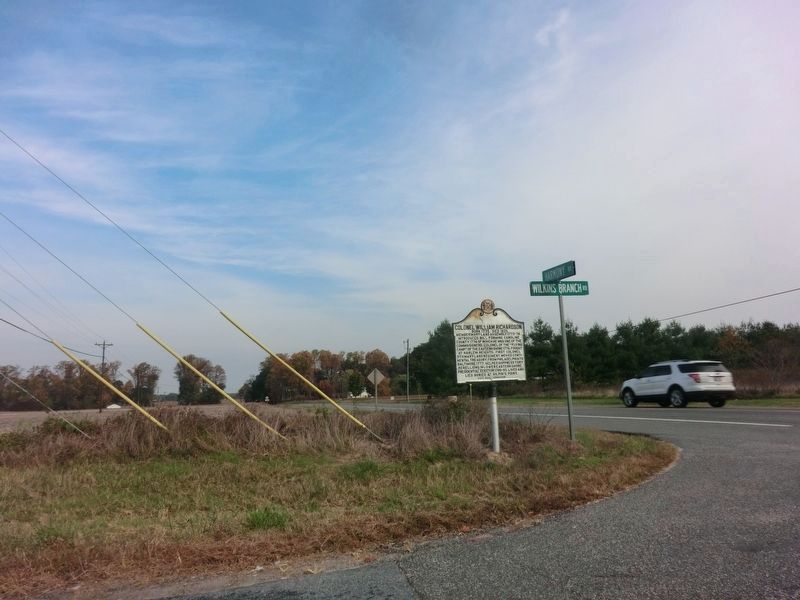