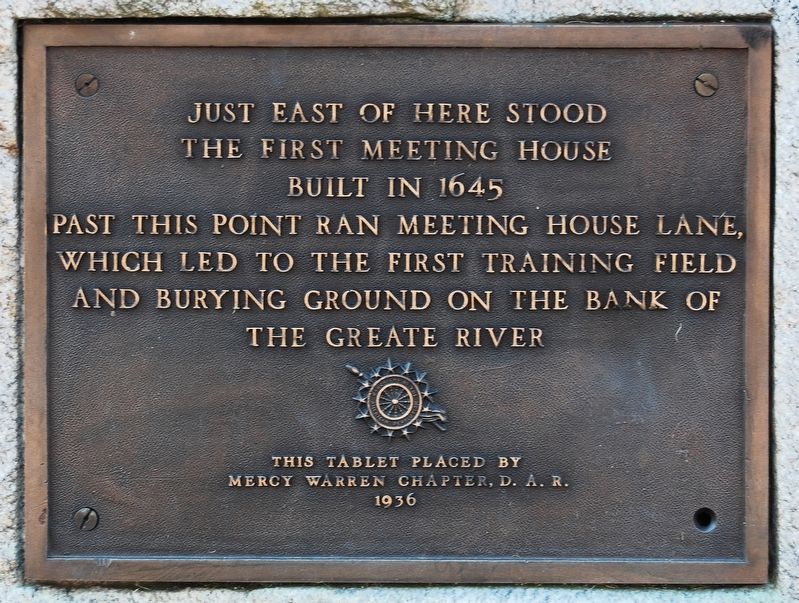 This Table Placed by MERCY WARREN CHAPTER, D.A.R. 1936 . This historical marker was erected by Daughters of the American Revolution. It is in Springfield in Hampden County Massachusetts

Just East of Here Stood The First Meeting House Built in 1645 Past This Point Ran Meeting House Lane, Which Led to the First Training Field And Burying Ground on the Bank of The Greate River

Topics and series. This historical marker is listed in these topic lists: Churches & Religion • Colonial Era. In addition, it is included in the Daughters of the American Revolution (DAR) series list. A significant historical year for this entry is 1645.

Location. 42° 6.071′ N, 72° 35.3′ W. Marker is in Springfield, Massachusetts, in Hampden County. Marker is on Elm Street. Located on a rock in the edge of a small park near city hall. Touch for map. Marker is in this post office area: Springfield MA 01103, United States of America. Touch for directions.