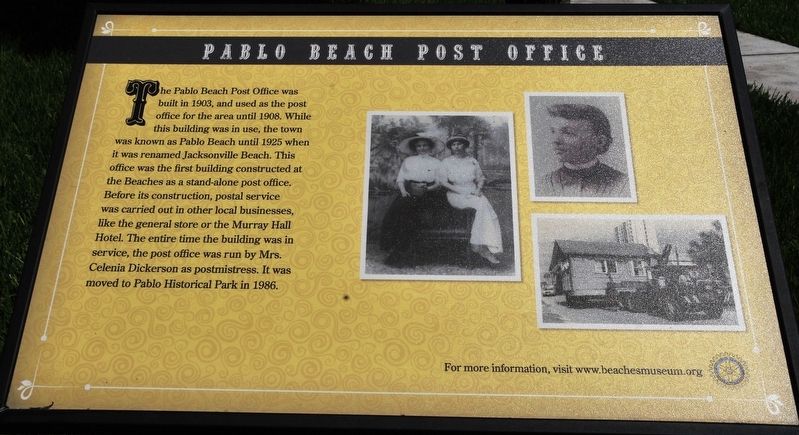 The Pablo Beach Post Office was built in 1903, and used as the post office for the area until 1908. While this building was in use, the town was known as Pablo Beach until 1925 when it was renamed Jacksonville Beach. This building was the first building constructed at Beaches as a stand-alone post office. Before its construction, postal service was carried out in other local businesses like the general store or the Murray Hall Hotel. The entire time the building was in service, the post office was run by Mrs. Celenia Dickerson as postmistress. It was moved to Pablo Historical Park in 1986.

Topics and series. This historical marker is listed in this topic list: Communications. In addition, it is included in the Postal Mail and Philately 📭 series list. 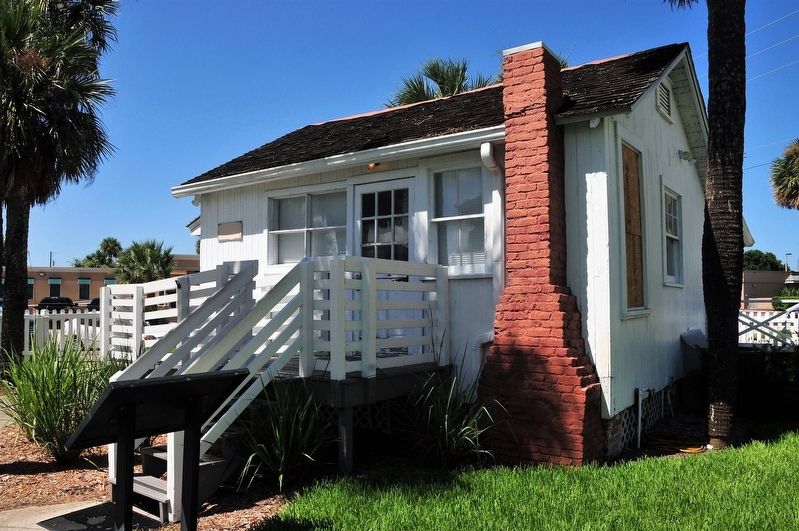