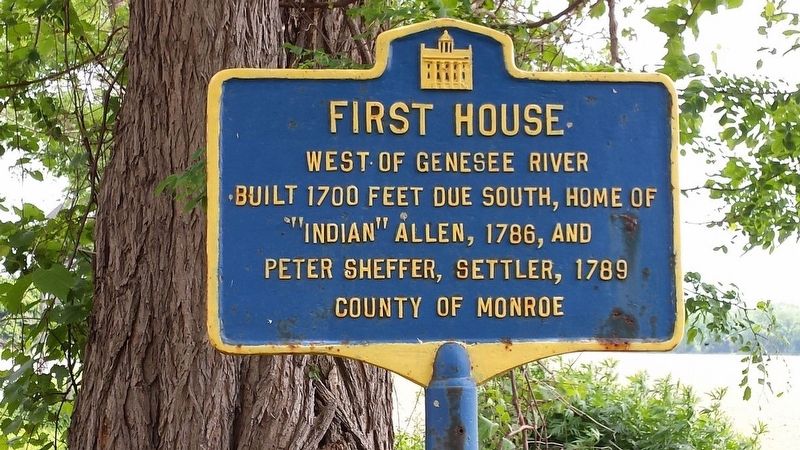 Erected by County of Monroe.

Topics. This historical marker is listed in this topic list: Settlements & Settlers. A significant historical year for this entry is 1786. 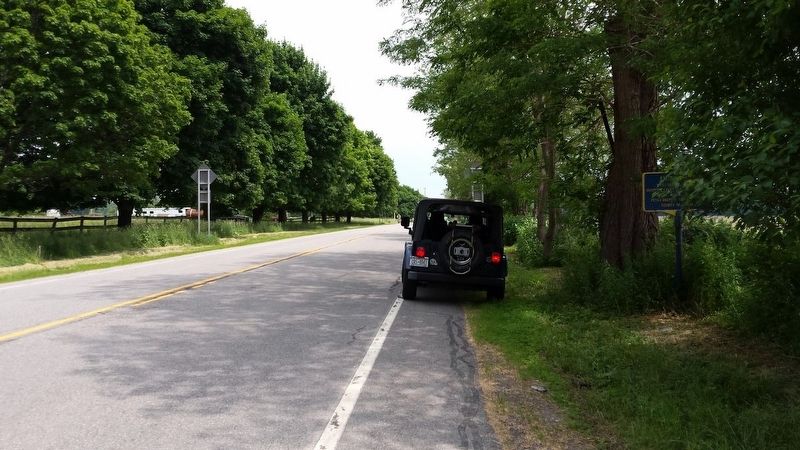 Photographed By Yugoboy, June 16, 2014
2. First House Marker as seen facing East
You may need to be aware for it, as it's semi-obscured by foliage during the parts of the year when maples have leaves. 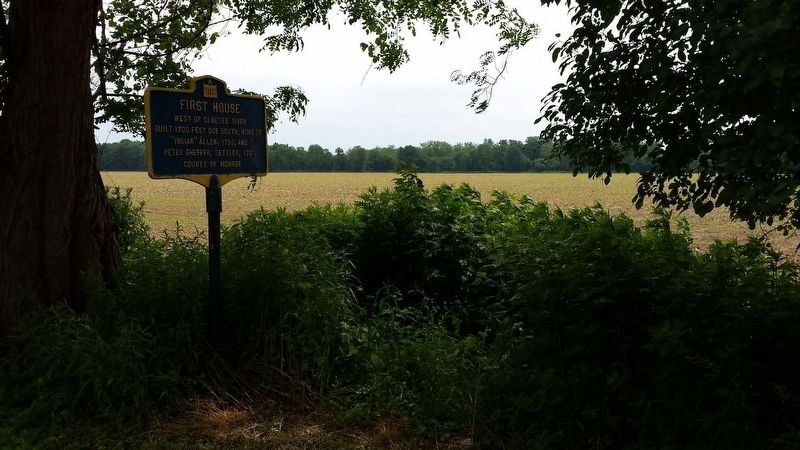