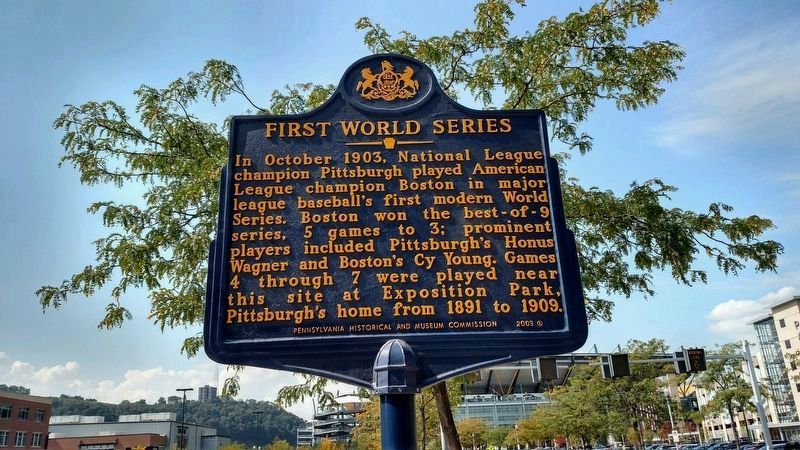 Topics and series. This historical marker is listed in this topic list: Sports. In addition, it is included in the Pennsylvania Historical and Museum Commission series list. A significant historical month for this entry is October 1903.

Location. 40° 26.828′ N, 80° 0.635′ W. Marker is in Pittsburgh, Pennsylvania, in Allegheny County. Marker is at the intersection of West General Robinson Street and Tony Dorsett Drive, on the right when traveling east on West General Robinson Street. Marker was moved from the Riverwalk to its current location. Touch for map. Marker is in this post office area: Pittsburgh PA 15212, United States of America. Touch for directions.

Other nearby markers. At least 8 other markers are within walking distance of this marker. Southwestern Pennsylvania World War II Memorial (about 600 feet away, 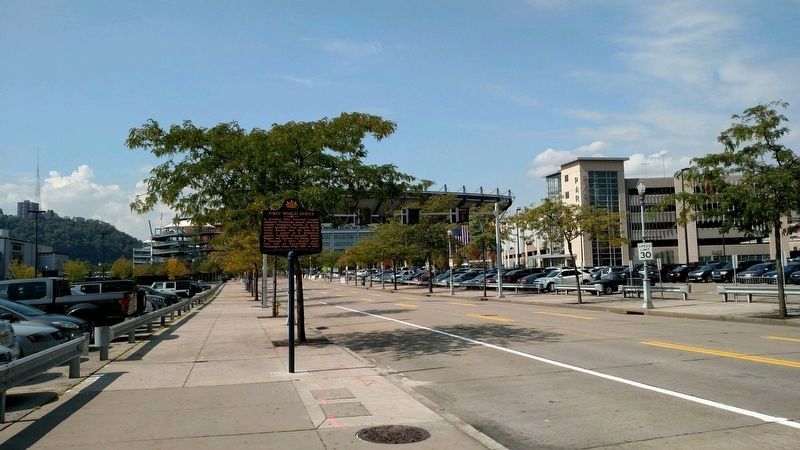 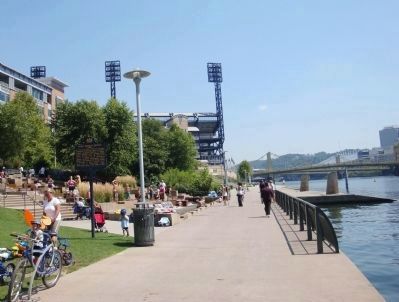 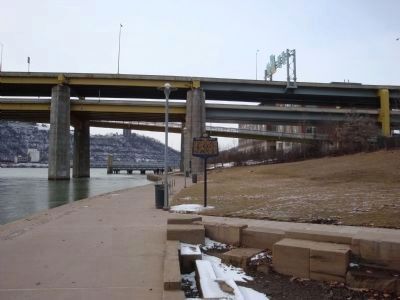 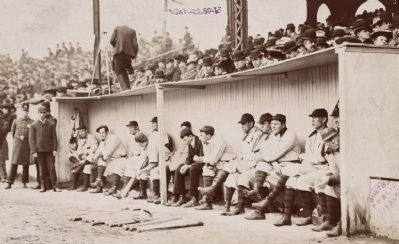 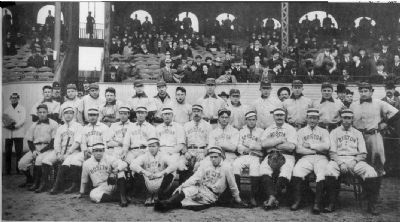 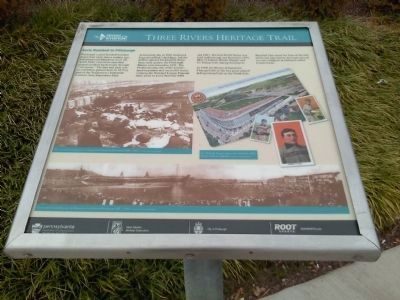 Photographed By Mike Wintermantel, September 25, 2012
7. Early Baseball in Pittsburgh
Part of the Three Rivers Heritage Trail
Pittsburgh's great baseball tradition began here more than a century ago. Pittsburgh and Allegheny (now the North Side) were twin cities that played out their local rivalry through "turf sports." The first ball park was an exhibition ground built in 1875 as part of the Tradesmen's Industrial Institute, later Exposition Park.

A distastrous fire in 1883 destroyed Exposition Park's buildings, but the field re-openede for baseball. From these early games, the Pittsburgh Pirates were formed in 1891. The Pirates became one of the nation's most important and successful teams, winning the National League Pennant three years in a row between 1901 and 1903. The first World Series was held in Pittsburgh and Boston in 1903. Hall-of-Famers Honus Wagner and Cy Young were among the players.

In 1909, the Pirates defeated the Chicago Cubs in the last game played in Exposition Park on the North Side.

Baseball fans stood for Taps at the end of the last play before the team moved to a new ballpark in Oakland called Forbes Field. 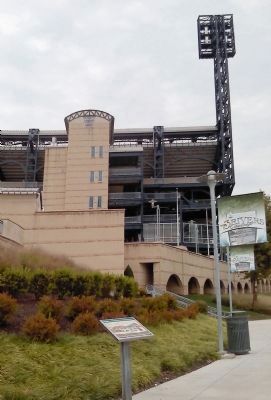