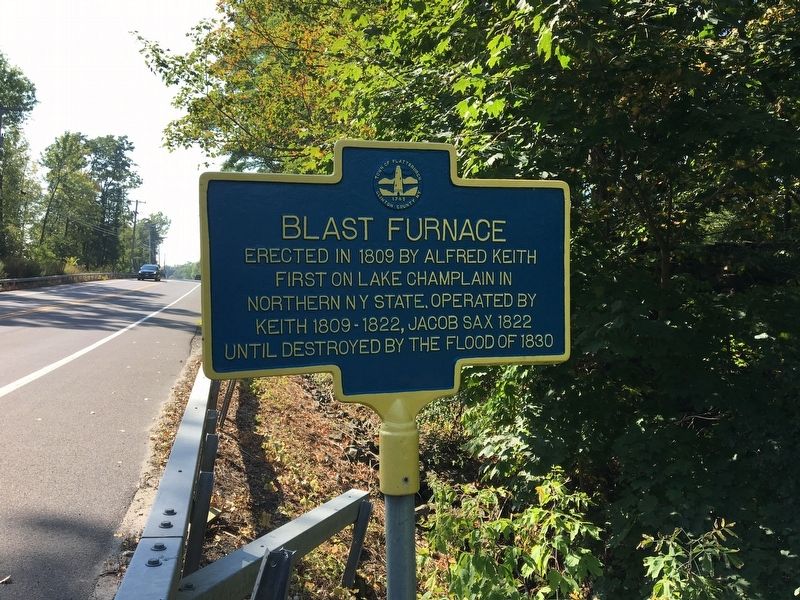 Photographed By Ellen Adams, September 24, 2017
1. Blast Furnace Marker
Inscription.
Blast Furnace. . Erected in 1809 by Alfred Keith. First on Lake Champlain in northern NY State. Operated by Keith 1809-1822, Jacob Sax 1822 until destroyed by the flood of 1830. . This historical marker was erected by Town of Plattsburgh. It is in Town of Plattsburgh in Clinton County New York

Topics and series. This historical marker is listed in this topic list: Industry & Commerce. In addition, it is included in the Appalachian Iron Furnaces series list. A significant historical year for this entry is 1809.

Location. 44° 37.673′ N, 73° 26.859′ W. Marker is in Town of Plattsburgh, New York, in Clinton County. Marker is on New York State Route 9 north of South Junction Road, on the right when traveling south. Marker is at the spot where Route 9 crosses the Salmon River. Touch for map. Marker is in this post office area: Plattsburgh NY 12901, United States of America. Touch for directions.