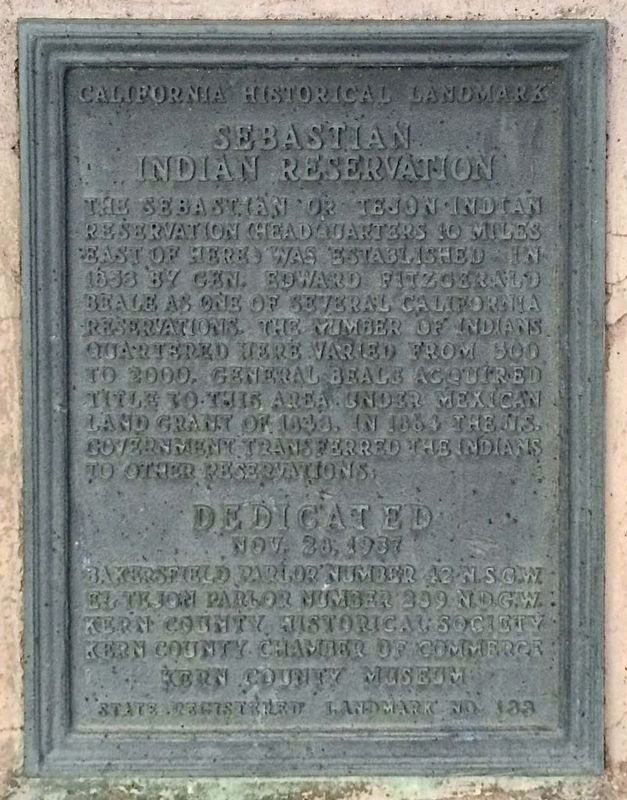 The Sebastian or Tejon Indian Reservation (headquarters 10 miles east of here) was established in 1853 by Gen. Edward Fitzgerald Beale as one of several California Reservations. The number of Indians quartered here varied from 500 to 2000. General Beale acquired title to this area under Mexican Land Grant of 1843. In 1864 the U.S. Government transferred the Indians to other reservations.

Topics and series. This historical marker is listed in these topic lists: Industry & Commerce • Landmarks • Native Americans • Notable Places. In addition, it is included in the California Historical Landmarks, and the Native Sons/Daughters of the Golden West series lists. A significant historical month for this entry is October 1764. 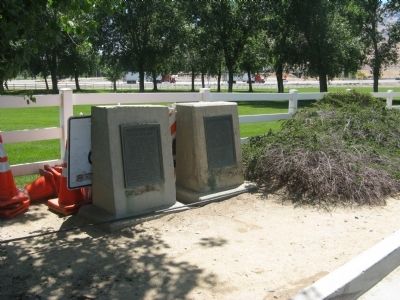 Photographed By Syd Whittle, June 20, 2009
2. Sebastian Indian Reservation Marker
This marker is on the right, Rose Station marker is on the left. Interstate 5 can me seen in the background.

Click or scan to see
this page online
, on the right when traveling north. Touch for map. Marker is at or near this postal address: 9032 Grapevine Road West, Lebec CA 93243, United States of America. Touch for directions.

Regarding Sebastian Indian Reservation. This site was designated California Historical Landmark No. 133 on January 31, 1934. 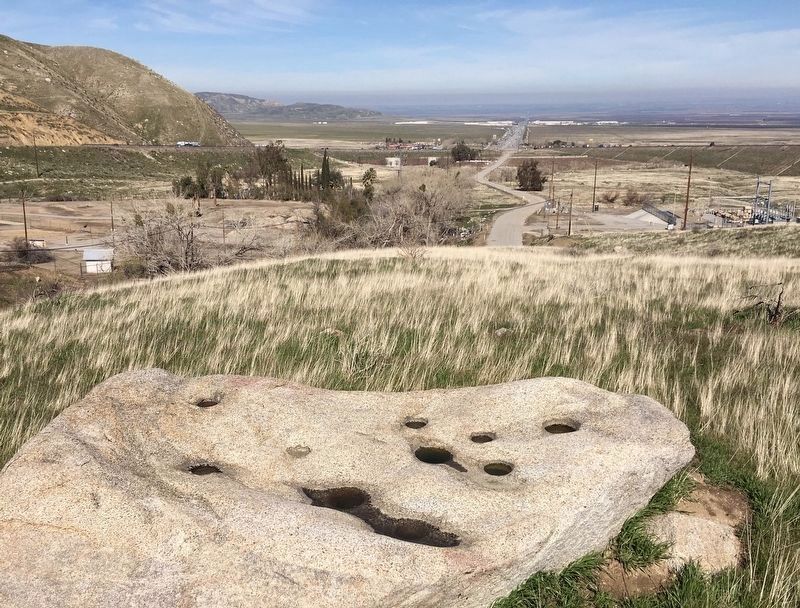 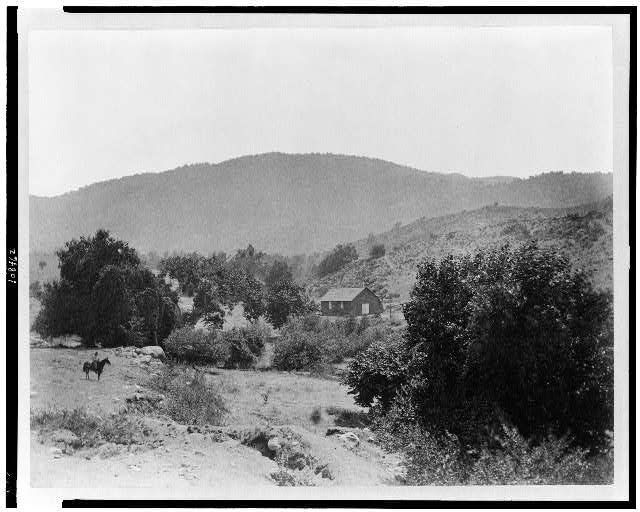 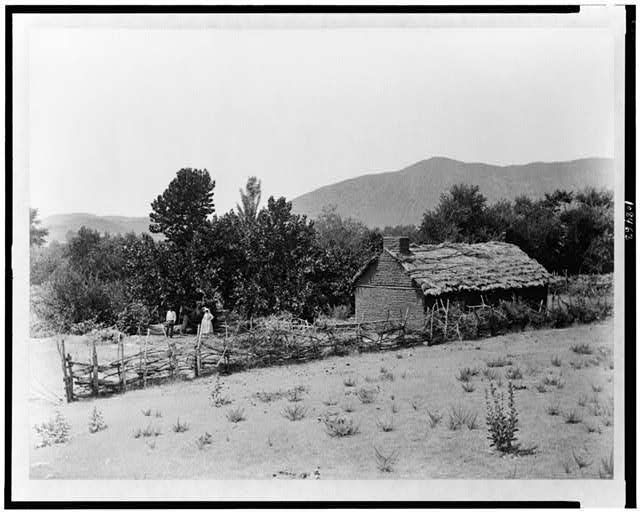