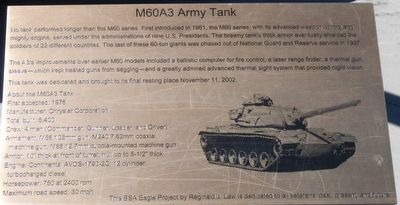 No tank performed longer than the M60 series. First introduced in 1961, the M60 series with its advanced weapon control and mighty engine, served under the administration of nine U.S. Presidents. The brawny tank's thick armor eventually shielded the soldiers of 22 different countries. The last of these 60-ton giants was phased out of the National Guard and Reserve service in 1997.
The A3's improvements over earlier M60 models included a ballistic computer for fire control, a laser range finder, a thermal gun sleeve - which kept heated guns from sagging - and a greatly admired advanced thermal sight system that provided night vision.
This tank was dedicated and brought to its final resting place November 11, 2002. 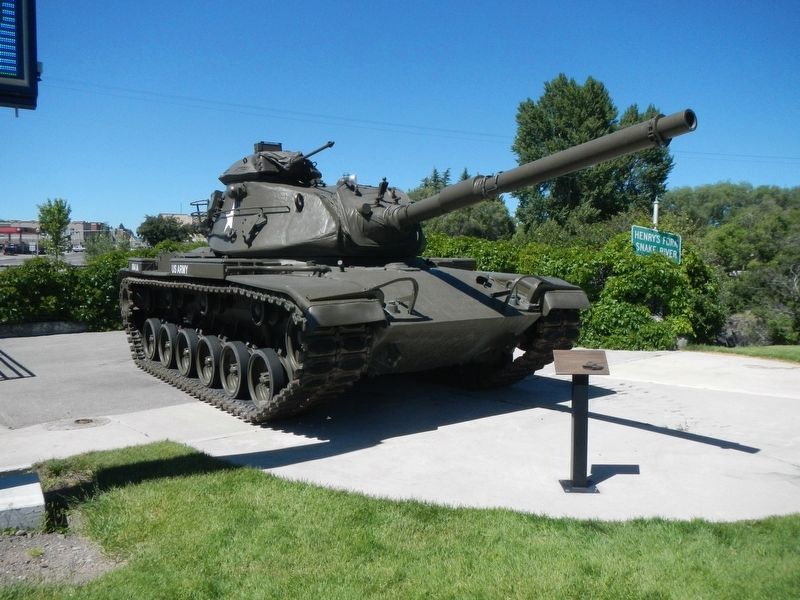 This BSA Eagle Project by Reginald J. Law is dedicated to all veterans, past, present, and future.

Topics. This historical marker is listed in this topic list: Military. A significant historical year for this entry is 1961.