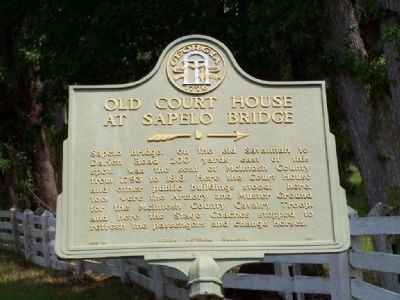 Sapelo Bridge, on the old Savannah to Darien Road 200 yards east of this spot, was the seat of McIntosh County from 1793 to 1818. Here the Court House and other public buildings stood; here, too, were the Armory and Muster Ground for the McIntosh County Cavalry Troop, and here the Stage Coaches stopped to refresh the passengers and change horses.

Topics and series. This historical marker is listed in these topic lists: Colonial Era • Notable Places • Settlements & Settlers. In addition, it is included in the Georgia Historical Society series list.

Other nearby markers. At least 8 other markers are within 5 miles of this marker, measured as the crow flies. John Houstoun McIntosh (approx. 1.1 miles away); Rice Hope 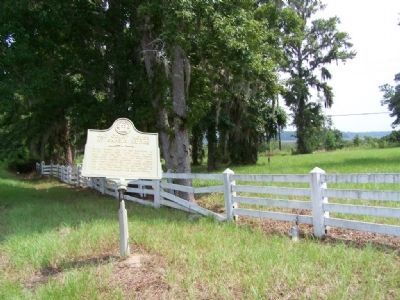 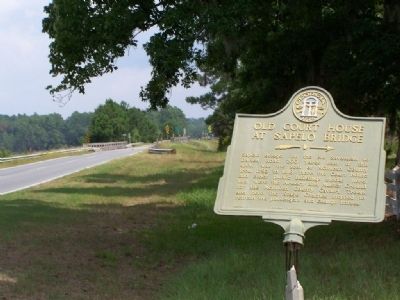