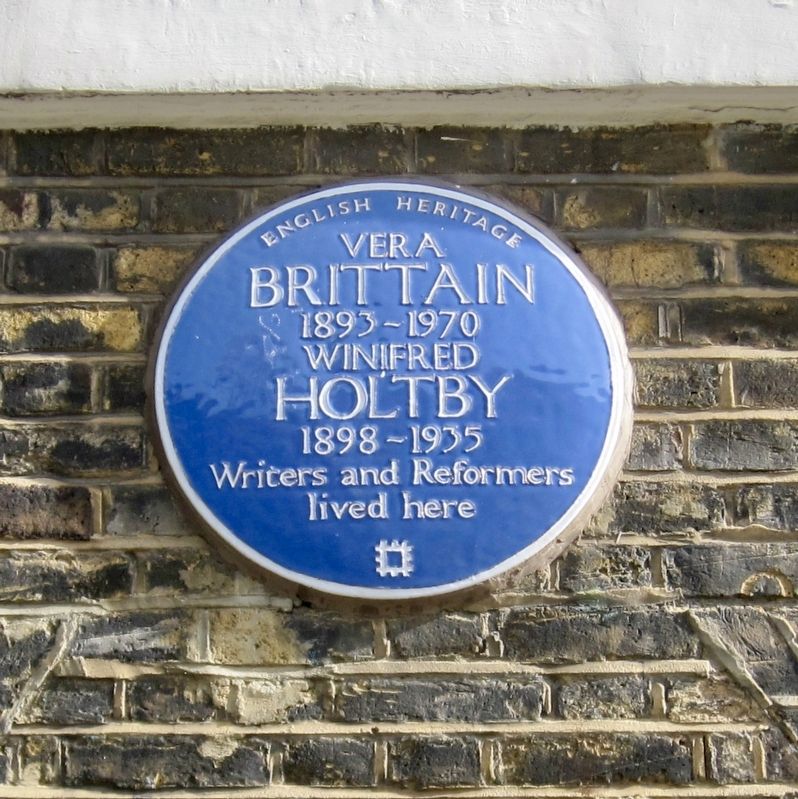 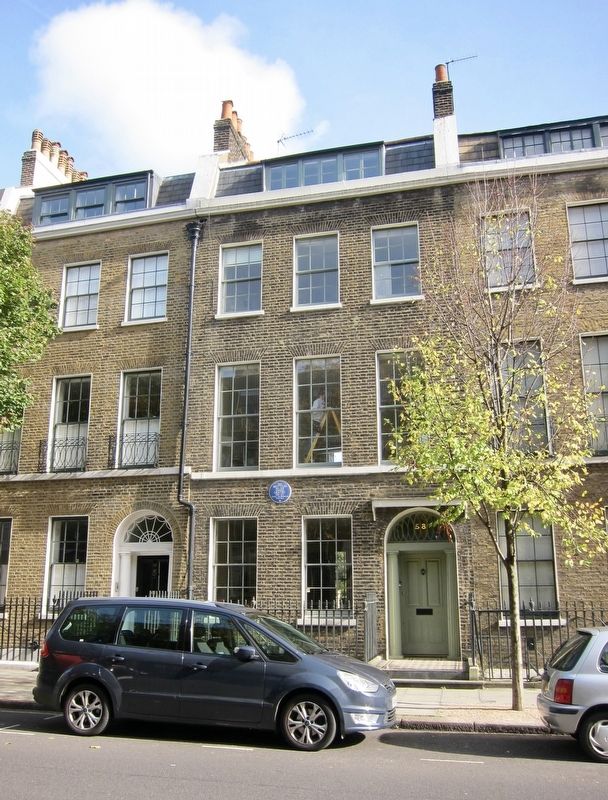 Also see . . .
1. Vera Mary Brittain (Poetry Foundation). "Vera Brittain’s reputation centers on her achievements as an influential British feminist and pacifist and on her famous memoir of World War I, Testament of Youth: An Autobiographical Study of the Years 1900-1925. That work has never been out of print since first published in 1933, and its influence has been strengthened by a 1979 BBC television adaptation and new paperback editions. During her lifetime Brittain was also known internationally as a successful journalist, poet, public speaker, biographer, autobiographer, and novelist. Interest in her writings, personality, and relationships (notably her close friendship with Winifred Holtby) has grown steadily, especially among feminist critics,...." (Submitted on November 19, 2017.)

2. Winifred Holtby (Wikipedia). "Winifred Holtby (23 June 1898 – 29 September 1935) was an English novelist and journalist, now best known for her novel South Riding, which was posthumously published in 1936....Holtby's fame was derived mainly from her journalism: she was prolific and over the next decade and a half she wrote for more than 20 newspapers and magazines, including the feminist journal Time and Tide (also serving on the board of directors) and the Manchester Guardian newspaper. She also wrote a regular weekly column for the trade union magazine The Schoolmistress. Her books during this period included two novels, Poor Caroline (1931), Mandoa! Mandoa! (1933), a critical study of Virginia Woolf (1932) and a volume of short stories, Truth is Not Sober (1934)....Holtby was, together with Brittain, an ardent feminist, socialist and pacifist. She lectured extensively for the League of Nations Union and was a member of the feminist Six Point Group. She was active in the Independent Labour Party and was a staunch campaigner for the unionisation of black workers in South Africa....As well as her journalism, Holtby wrote 14 books, including six novels; two volumes of short stories; the first critical study of Virginia Woolf (1932) and Women and a Changing Civilization (1934), a feminist survey with opinions that are still relevant. She also wrote poetry....Holtby is best remembered for her novel, South Riding, edited by Vera Brittain and published posthumously in March 1936, which received high praise from the critics. The book won the James Tait Black Memorial Prize for 1936 and has never been out of print. In 1938, it was made into a film directed by Victor Saville, in 1974 it was adapted by Stan Barstow for Yorkshire Television and in 2011, BBC One produced a three-part dramatisation by Andrew Davies. There have also been several radio adaptations, the most recent for BBC Radio Four in 2005." (Submitted on November 19, 2017.)
Credits. This page was last revised on November 19, 2017. It was originally submitted on November 19, 2017, by Andrew Ruppenstein of Sacramento, California. This page has been viewed 147 times since then and 22 times this year. Photos:   1, 2. submitted on November 19, 2017, by Andrew Ruppenstein of Sacramento, California.
Share This Page.