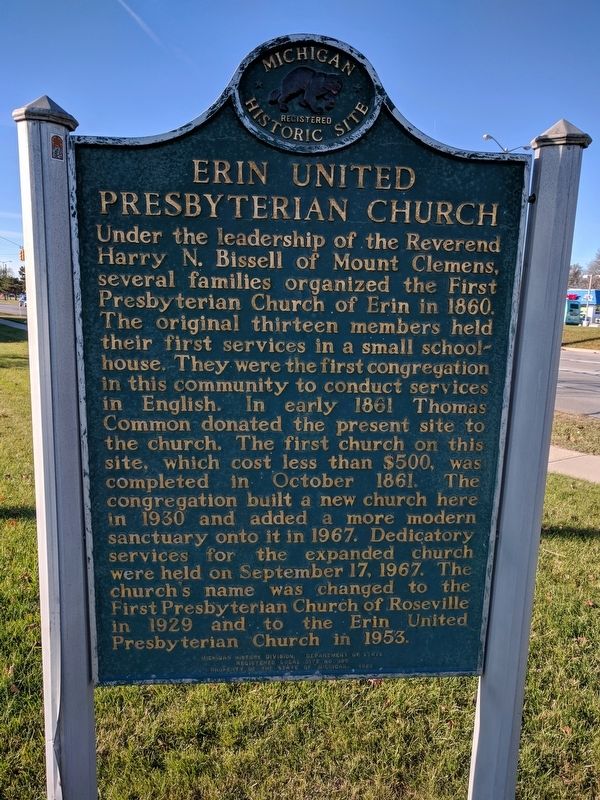 Under the leadership of the Reverend Harry N. Bissell of Mount Clemens, several families organized the First Presbyterian Church of Erin in 1860. The original thirteen members held their first services in a small schoolhouse. They were the first congregation in this community to conduct services in English. In early 1861 Thomas Common donated the present site to the church. The first church on this site, which cost less than $500, was completed in October 1861. The congregation built a new church here in 1930 and added a more modern sanctuary onto it in 1967. Dedicatory services for the expanded church were held on September 17, 1967. The church's name was changed to the First Presbyterian Church of Roseville in 1929 and to the Erin United Presbyterian Church in 1953.

Topics and series. This historical marker is listed in this topic list: Churches & Religion. In addition, it is included in the Michigan Historical Commission series list. 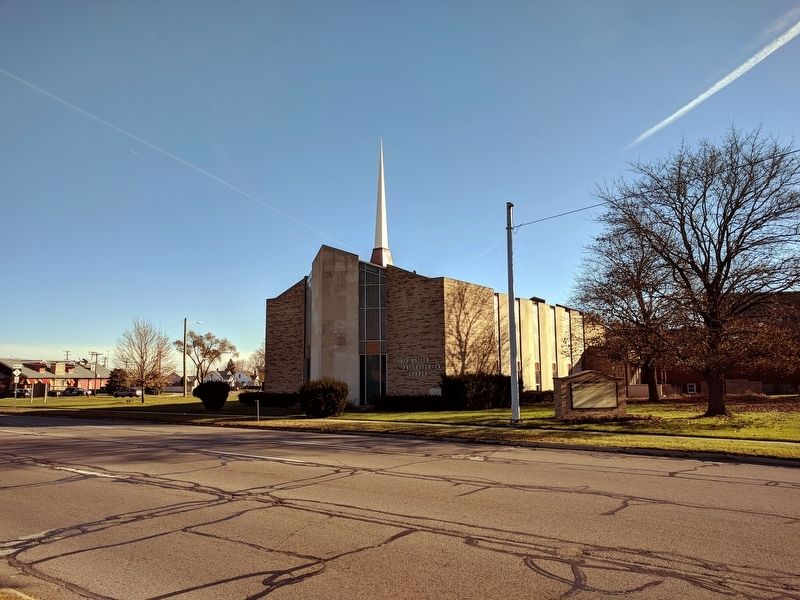