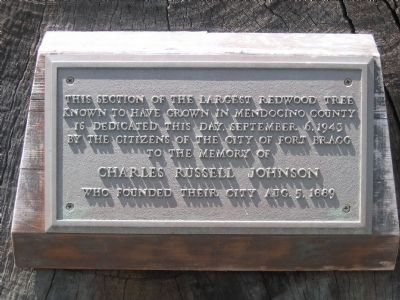 This section of the largest Redwood Tree known to have grown in Mendocino County is dedicated this day, September 6, 1943 by the citizens of the City of Fort Bragg to the memory of
Charles Russell Johnson
who founded their city Aug. 5, 1889

Location. 39° 26.696′ N, 123° 48.39′ W. Marker is in Fort Bragg, California, in Mendocino County. Marker can be reached from North Main Street (State Highway 1), on the right when traveling south. Touch for map. Marker is in this post office area: Fort Bragg CA 95437, United States of America. Touch for directions.

Other nearby markers. At least 8 other markers are within walking distance of this marker. Fort Bragg (a few steps from this marker); Major William F. Mullen Freedom Tree (about 300 feet away, measured in a direct line); Fort Building (about 700 feet away); The Weller House (approx. 0.2 miles away); First Baptist Church Bell (approx. 0.2 miles 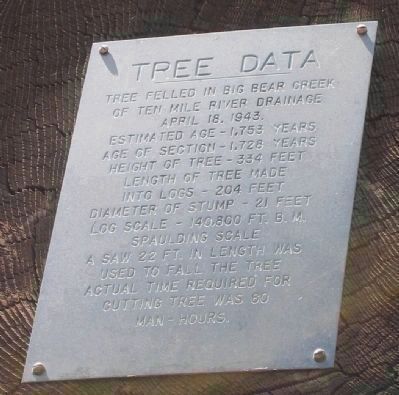 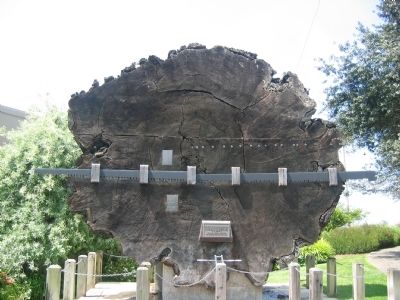 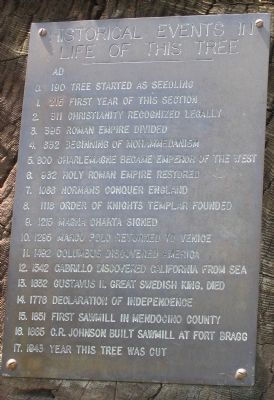