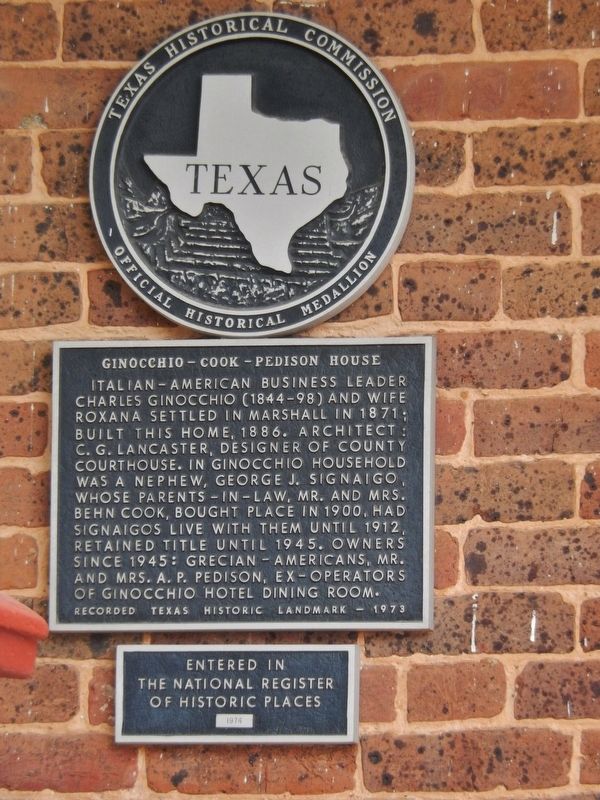 Photographed By Cosmos Mariner, May 24, 2014
1. Ginocchio-Cook-Pedison House Marker
Inscription.
Ginocchio-Cook-Pedison House. . Italian – American business leader Charles Ginocchio (1844-98) and wife Roxana settled in Marshal in 1871; built this home, 1886. Architect: C.G. Lancaster, designer of County Courthouse. In Ginocchio household was a nephew, George J. Signaigo, whose parents-in-law, Mr. and Mrs. Behn Cook, bought place in 1900, had Signaigos live with them until 1912, retained title until 1945. Owners since 1945: Grecian – Americans, Mr. and Mrs. A.P. Pedison, ex-operators of Ginocchio Hotel dining room. . This historical marker was erected in 1973 by Texas Historical Commission. It is in Marshall in Harrison County Texas 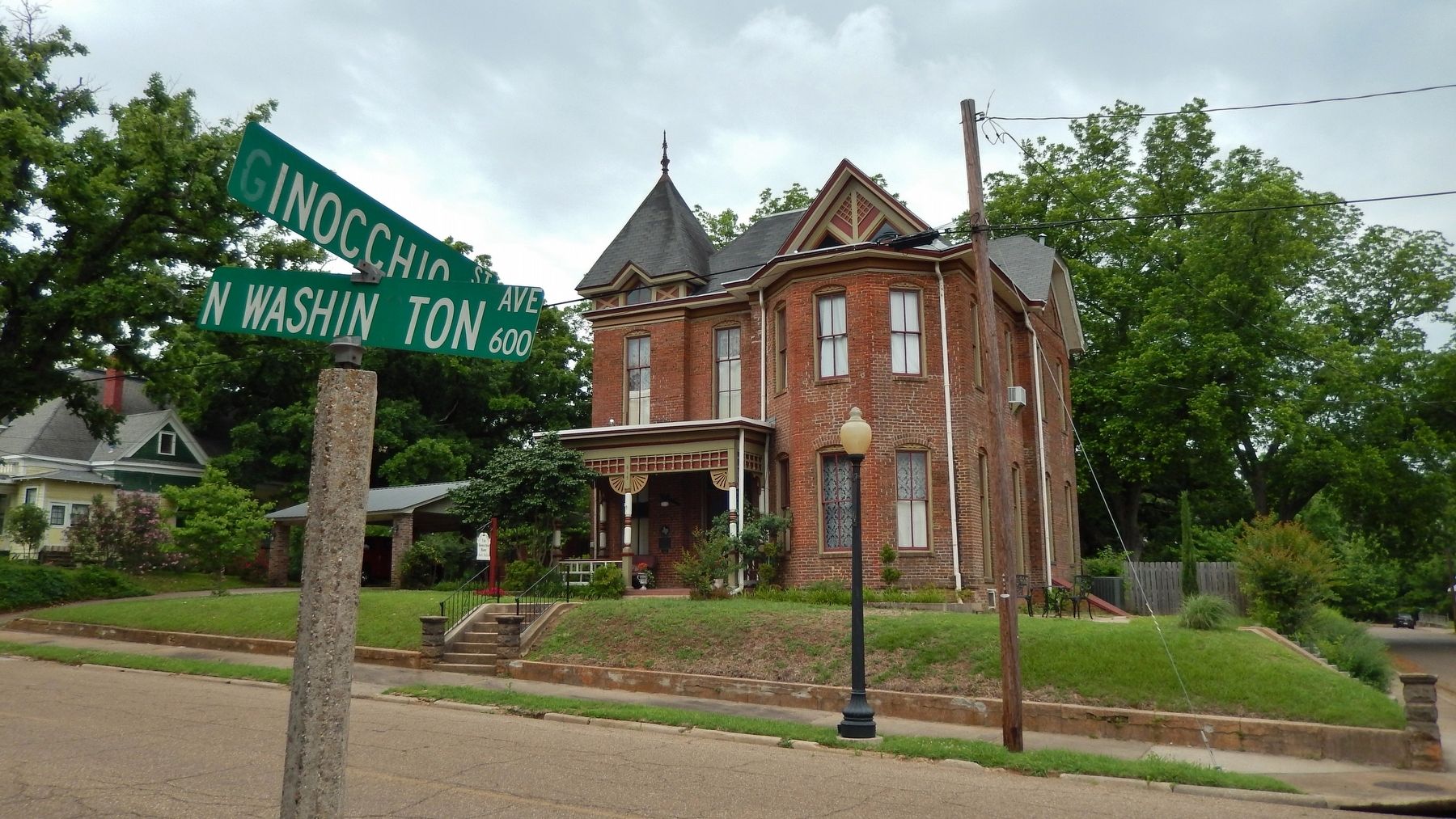 Click or scan to see
this page online
door of subject house. Touch for map. Marker is at or near this postal address: 615 Washington Avenue, Marshall TX 75670, United States of America. Touch for directions.

Regarding Ginocchio-Cook-Pedison House. The Ginocchio House is a recorded Texas Historic Landmark (1973), and entered in the National Register of Historic Places (1974) 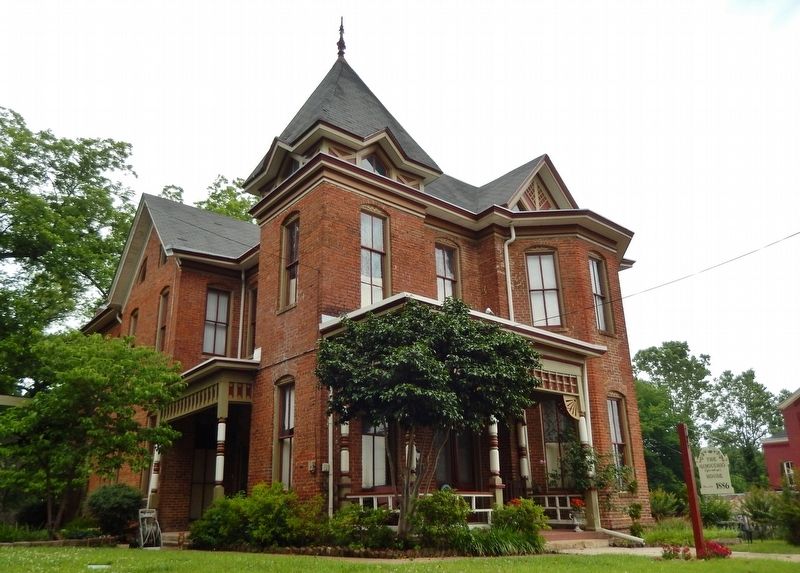 Photographed By Cosmos Mariner, May 24, 2014
3. Ginocchio-Cook-Pedison House
by wood columns and containing spindlework railing and lace-like brackets, is small, and has a flat roof. The Ginocchio-Cook-Pedison home has receieved very few alterations and remains much in its original state. A fifth porch from the northeast corner was removed along with all but one of the chimneys. Every family who has owned the home have preserved the history and the architectural integrity of the structure, providing Marshall with a beautiful example of Victorian architecture. (Submitted on December 2, 2017, by Cosmos Mariner of Cape Canaveral, Florida.) 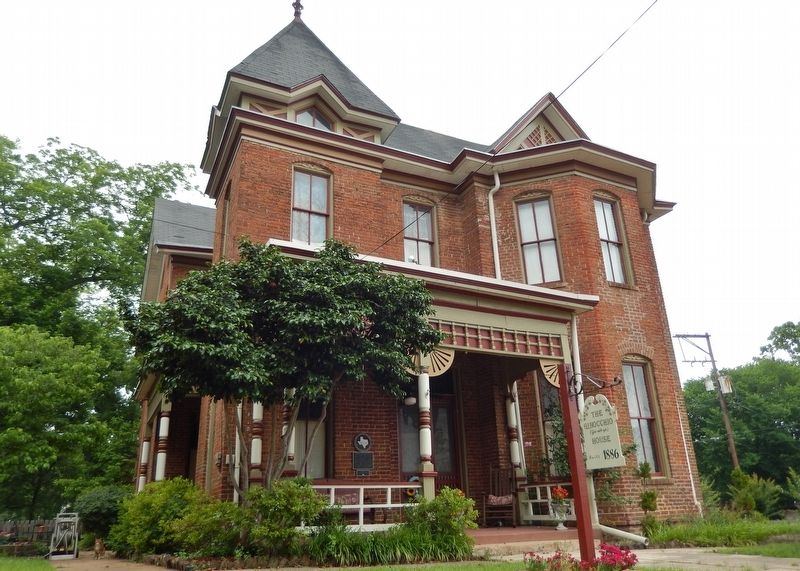 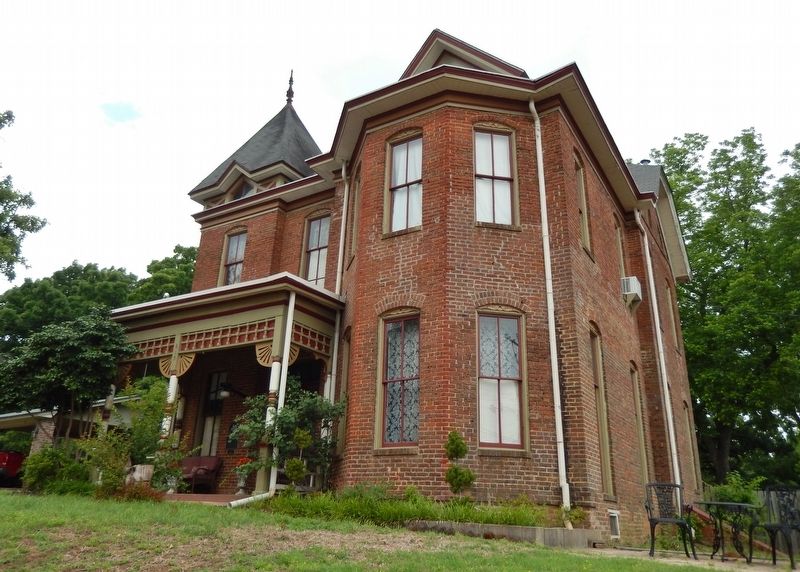 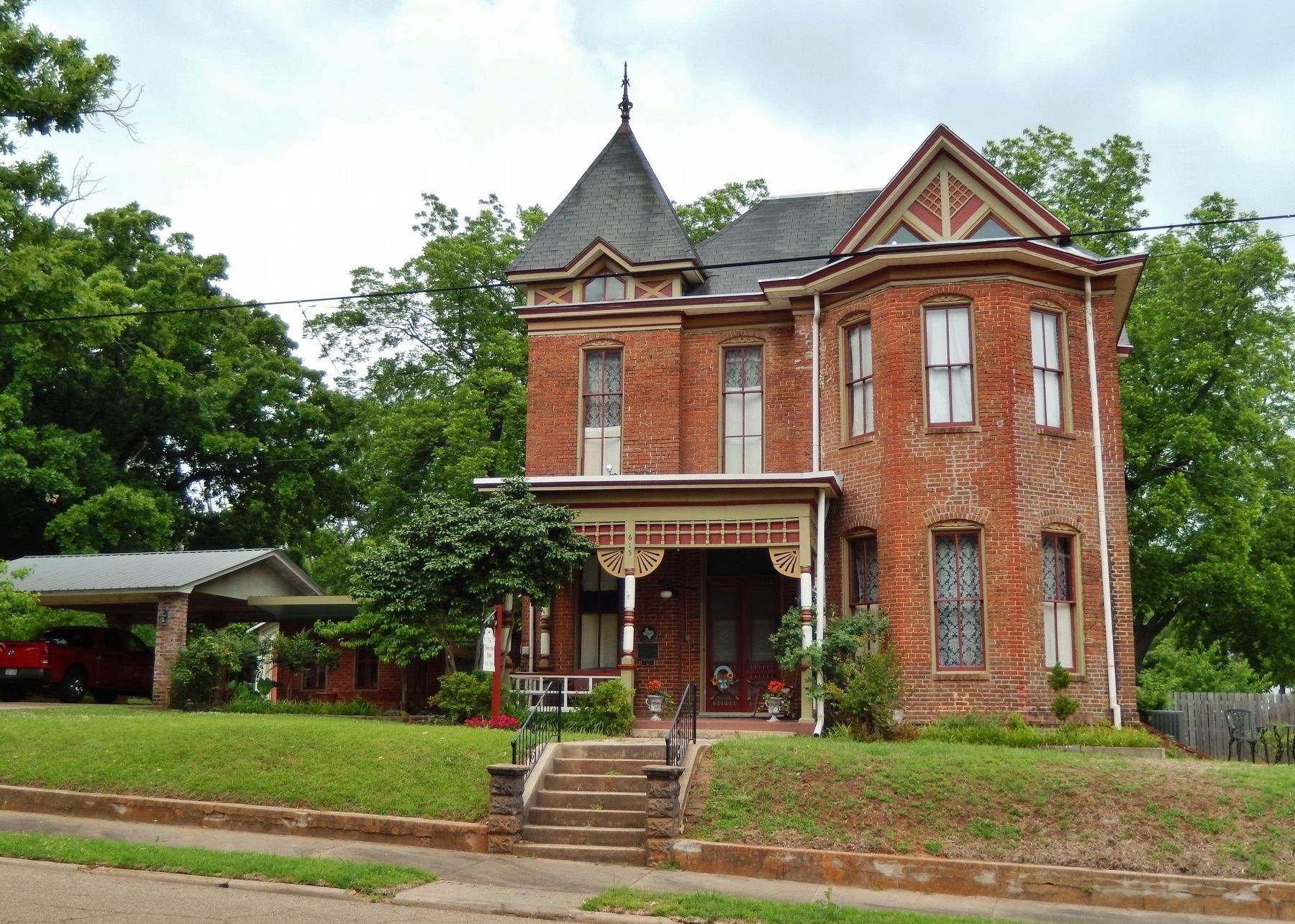