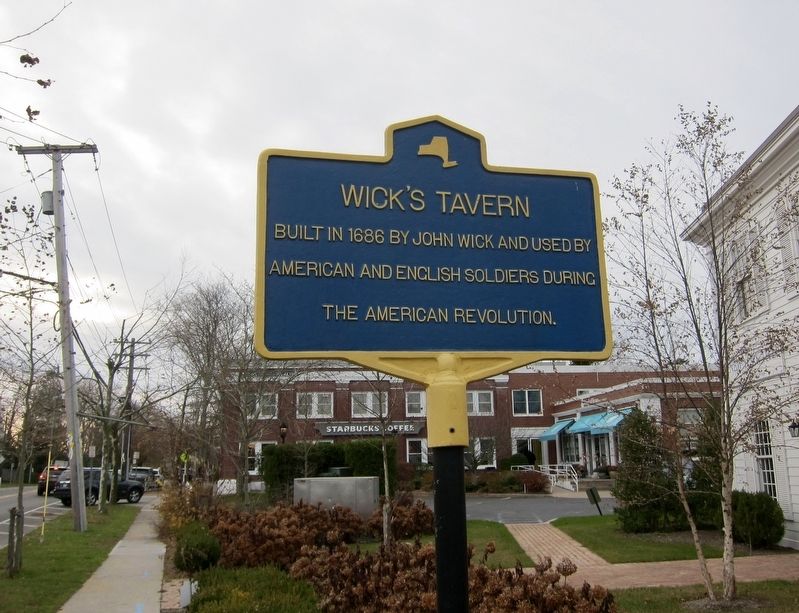 Photographed By Andrew Ruppenstein, November 26, 2017
1. Wick's Tavern Marker
Inscription.
Wick's Tavern. . , Built in 1686 by John Wick and used by American and British Soldiers during the American Revolution. . This historical marker is in Bridgehampton in Suffolk County New York

Built in 1686 by John Wick and used by American and British Soldiers during the American Revolution.

Topics. This historical marker is listed in these topic lists: Industry & Commerce • War, US Revolutionary. 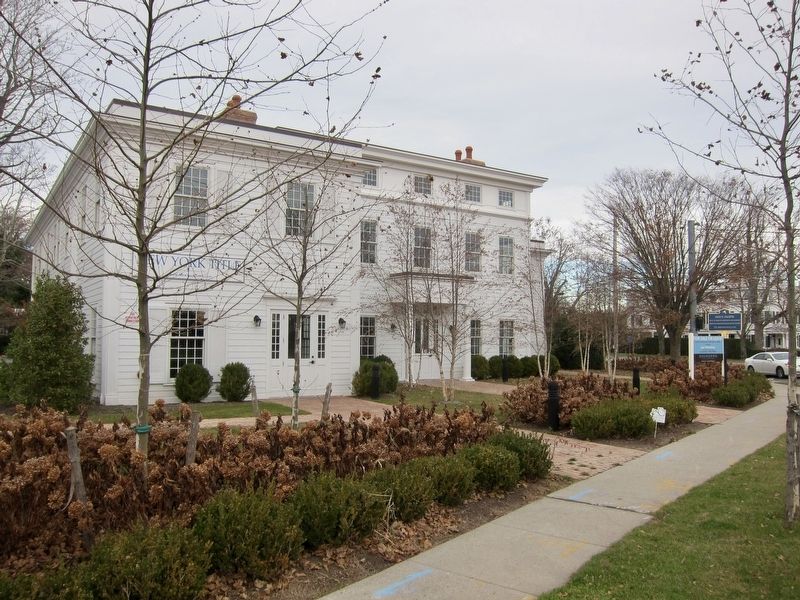 Photographed By Andrew Ruppenstein, November 26, 2017
2. Wick's Tavern Marker - Wide View
Note the building here is a modern construction - the tavern was demolished in 1941.

2. "Bridgehampton Residents Want To Explore Ways To Preserve Wick's Tavern Corner". 27East entry, June 10, 2015:
"A corner of Bridgehampton’s busiest intersection once served in the 1700s as the site of Wick’s Tavern, which housed the hamlet’s first post office, and was where local freemen who opposed the British Parliament are believed to have met during the Revolutionary War era. It has been recognized by the state as a historic place." (Submitted on December 4, 2017.)
Credits. This page was last revised on March 29, 2021. It was originally submitted on December 4, 2017, by Andrew Ruppenstein of Sacramento, California. This page has been viewed 771 times since then and 78 times this year. Photos:   1, 2. submitted on December 4, 2017, by Andrew Ruppenstein of Sacramento, California.
Share this page.