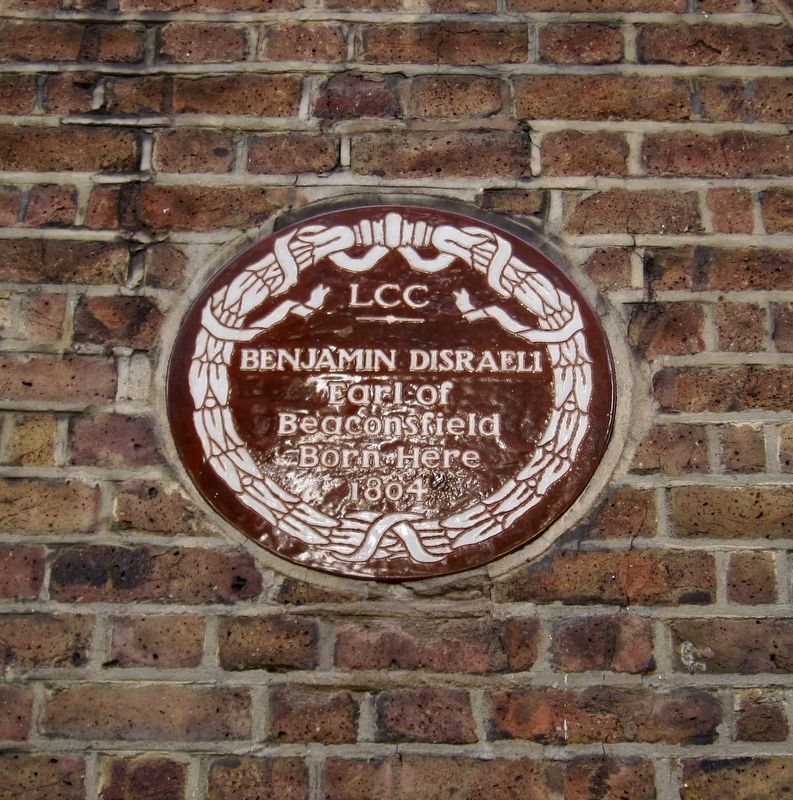 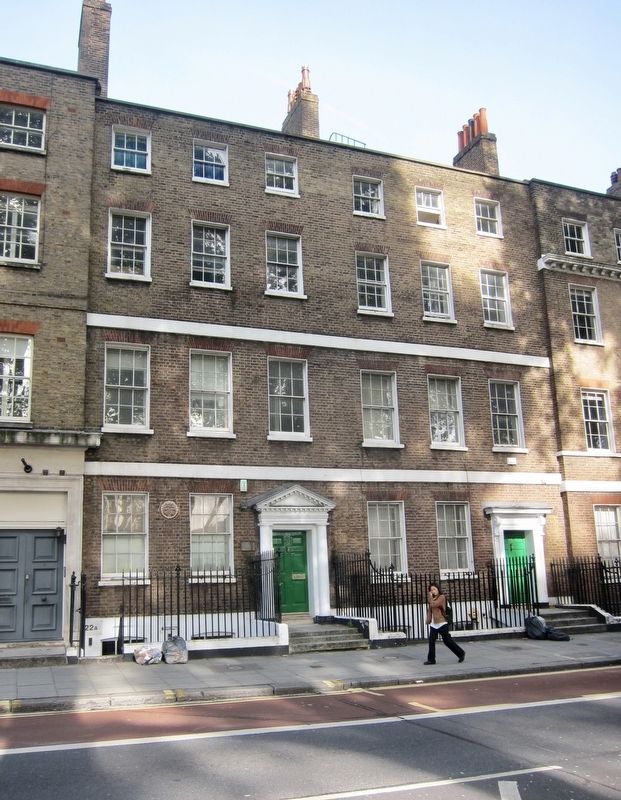 More about this marker. English Heritage notes that the original plaque was destroyed in World War II, and that a replica plaque was installed in 1848.

Also see . . .  Benjamin Disraeli (Wikipedia). "Benjamin Disraeli, 1st Earl of Beaconsfield, KG, PC, FRS (21 December 1804 – 19 April 1881) was a British statesman of the Conservative Party who twice served as Prime Minister of the United Kingdom. He played a central role in the creation of the modern Conservative Party, defining its policies and its broad outreach. Disraeli is remembered for his influential voice in world affairs, his political battles with the Liberal Party leader William Ewart Gladstone, and his one-nation conservatism or "Tory democracy". He made the Conservatives the party most identified with the glory and power of the British Empire. He is the only British prime minister to have been of Jewish birth. He was also a novelist." (Submitted on December 7, 2017.) 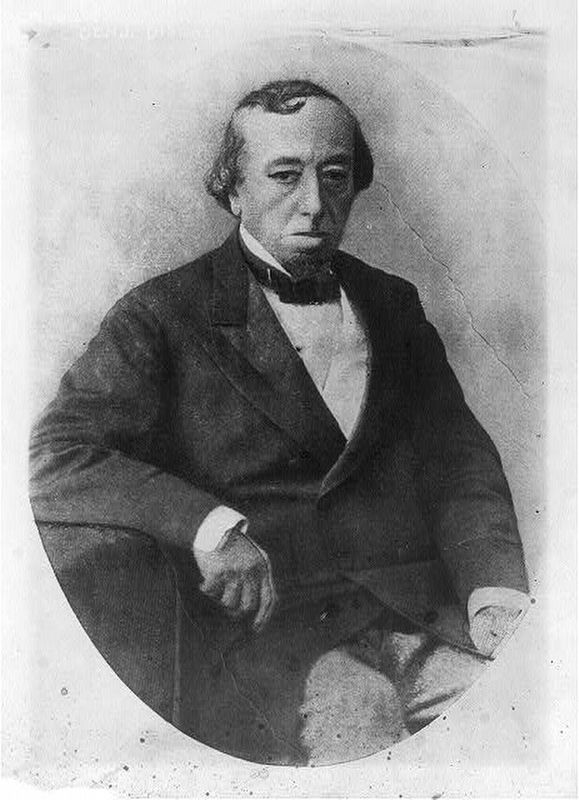