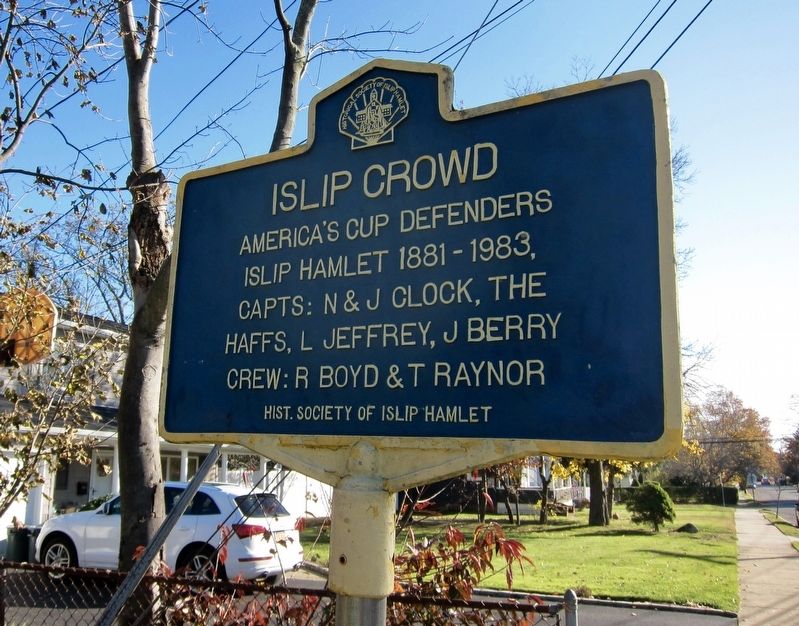 More about this marker. The marker is located on the southern edge of the grounds of the Islip Public Library. 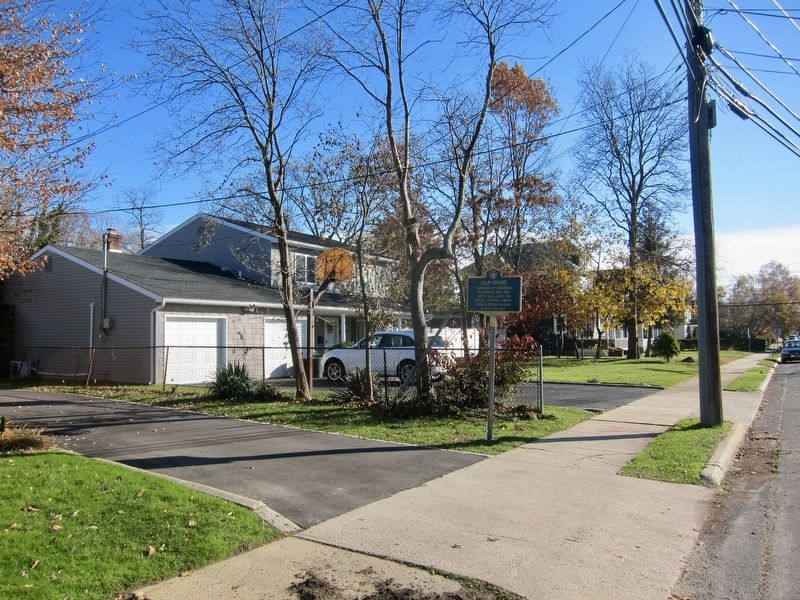 Click or scan to see
this page online
America's Cup (Encyclopedia Britannica). "America’s Cup, one of the oldest and best-known trophies in international sailing yacht competition. It was first offered as the Hundred Guinea Cup on August 20, 1851, by the Royal Yacht Squadron of Great Britain for a race around the Isle of Wight. The cup was won by the America, a 100-foot (30-metre) schooner from New York City, and subsequently became known as the America’s Cup. The American winners of the cup donated it to the New York Yacht Club in 1857 for a perpetual international challenge competition. In 1987 the San Diego Yacht Club took control of the U.S. competition." (Submitted on December 7, 2017.)