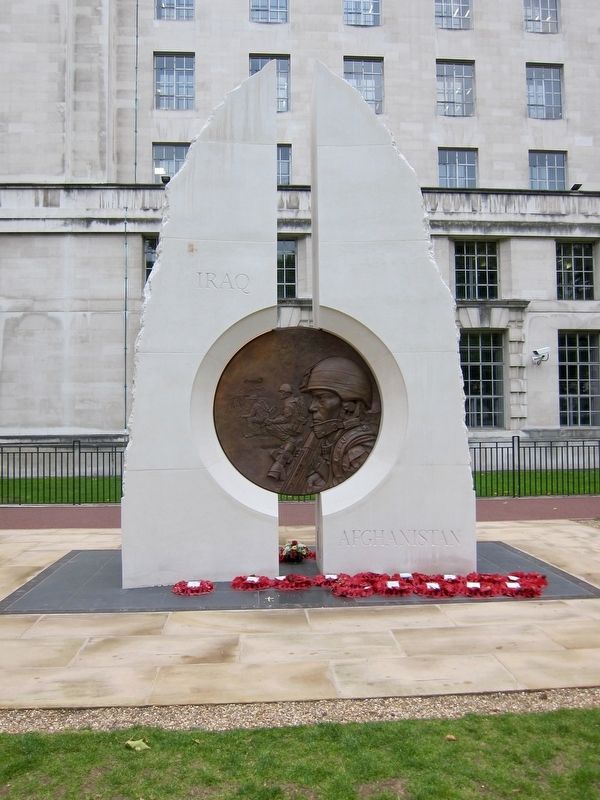 . [Text around base of memorial:]

In recognition of all British military personnel and UK civilians who served and worked in Iraq 1990-2009 and Afghanistan 2001-2015 . This memorial was erected in 2017. It is in City of Westminster in Greater London County England United Kingdom

[Text around base of memorial:]

Location. 51° 30.205′ N, 0° 7.451′ W. Marker is in City of Westminster, England, in Greater London County. Memorial is at the intersection of Victoria Embankment and Richmond Terrace, on the left when traveling north on Victoria Embankment. Touch for map. Marker is in this post office area: City of Westminster, England SW1A 2HB, United Kingdom. Touch for directions. 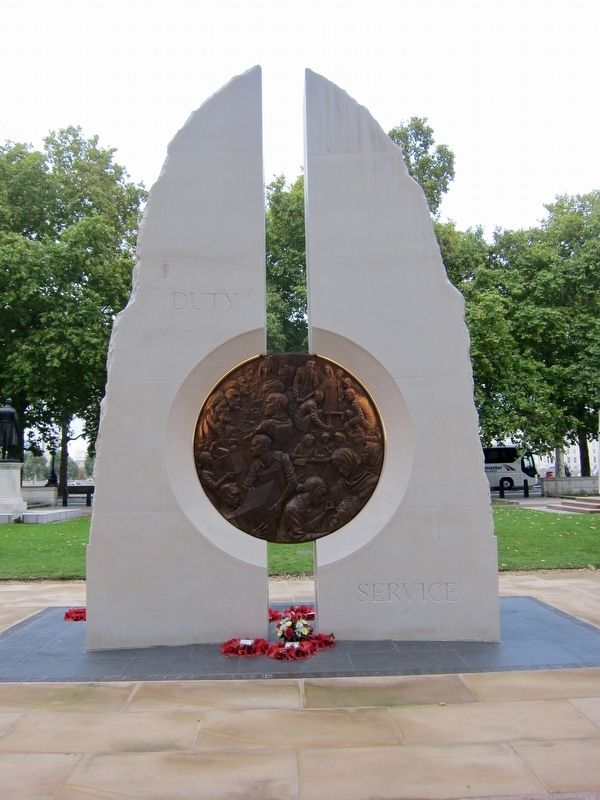 More about this memorial. The marker is located on the lawn of the east side of the Ministry of Defence Building. 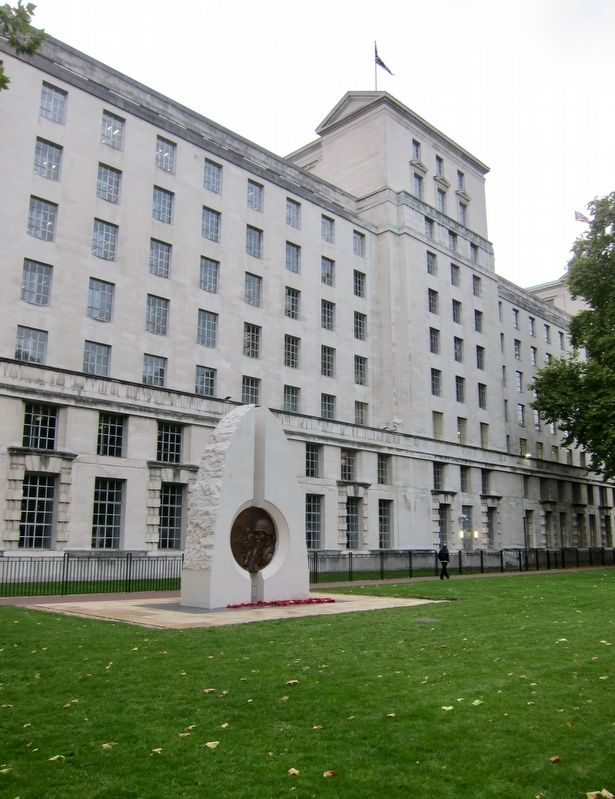 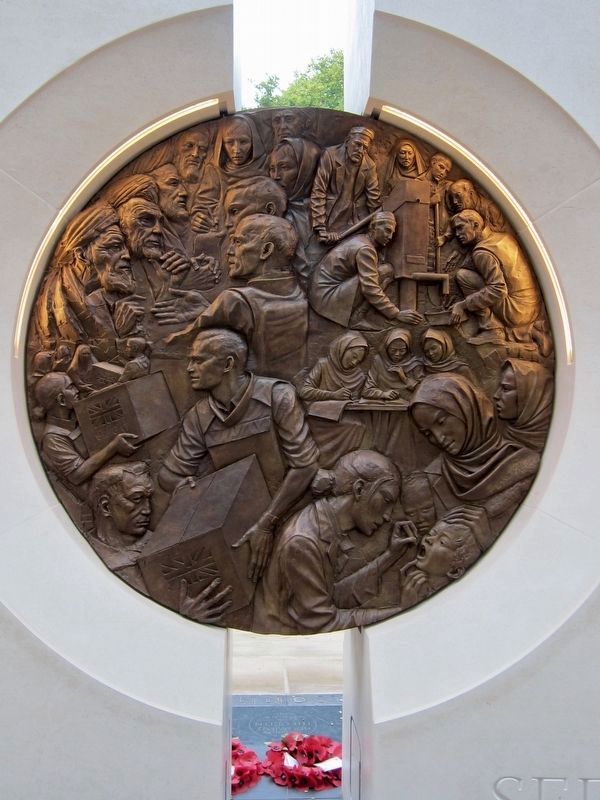 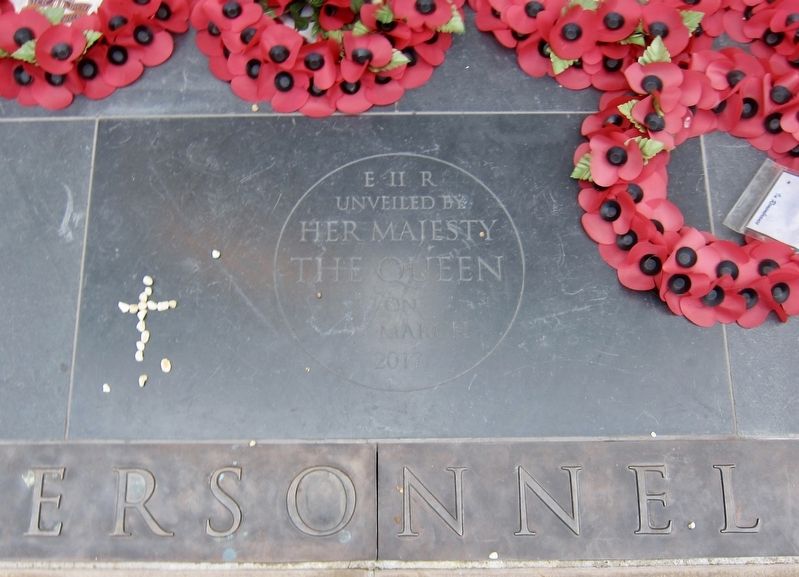