The Imperial Society of Knights Bachelor 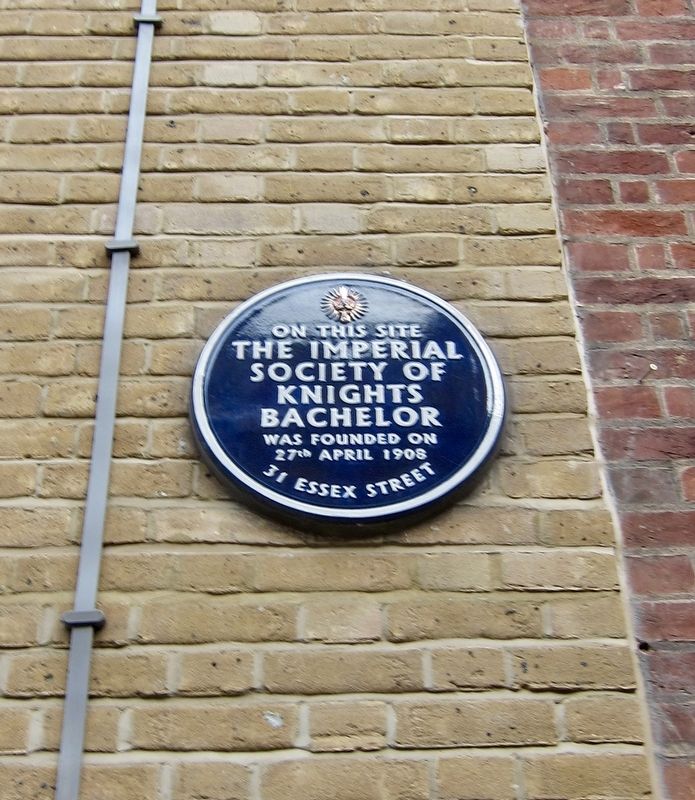 Topics. This historical marker is listed in these topic lists: Charity & Public Work • Fraternal or Sororal Organizations. A significant historical date for this entry is April 27, 1908. 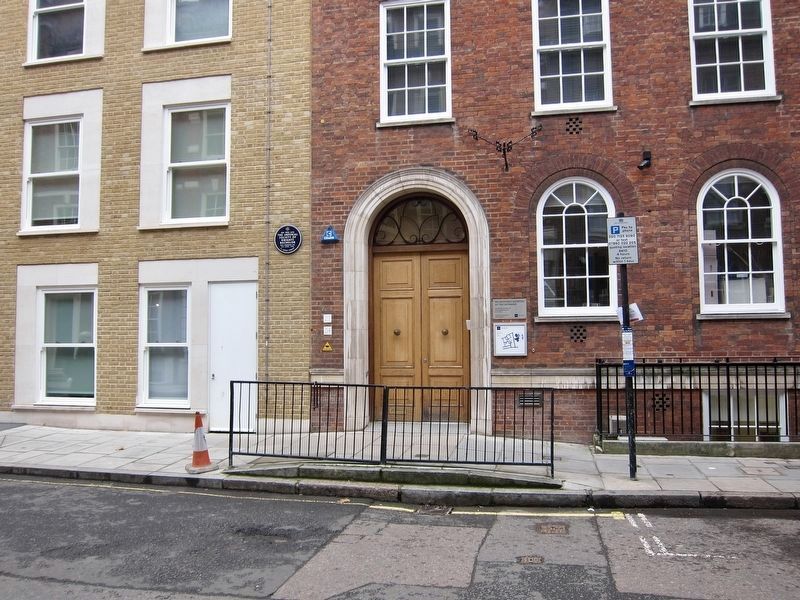 Click or scan to see
this page online
Imperial Society of Knights Bachelor (Wikipedia). "The Imperial Society of Knights Bachelor was formed in 1908 and received Royal recognition in 1912. Its patron is Queen Elizabeth II. It is a registered charity and seeks to uphold the dignity of Knight Bachelor and the rights of the degree of knighthood at all times, to register every duly authenticated knighthood, and to advise members on matters relating to the degree....Its charitable objectives include the relief of poverty, the advancement of education, support for hospitals, the elderly, and the needy. A particular objective is to encourage Knights Bachelor within the Commonwealth to develop understanding and cooperation between the citizens of the Commonwealth." (Submitted on December 12, 2017.)
Credits. This page was last revised on December 14, 2020. It was originally submitted on December 12, 2017, by Andrew Ruppenstein of Sacramento, California. This page has been viewed 156 times since then and 14 times this year. Photos:   1. submitted on December 12, 2017, by Andrew Ruppenstein of Sacramento, California.   2. submitted on May 15, 2018, by Andrew Ruppenstein of Sacramento, California.
Share this page.