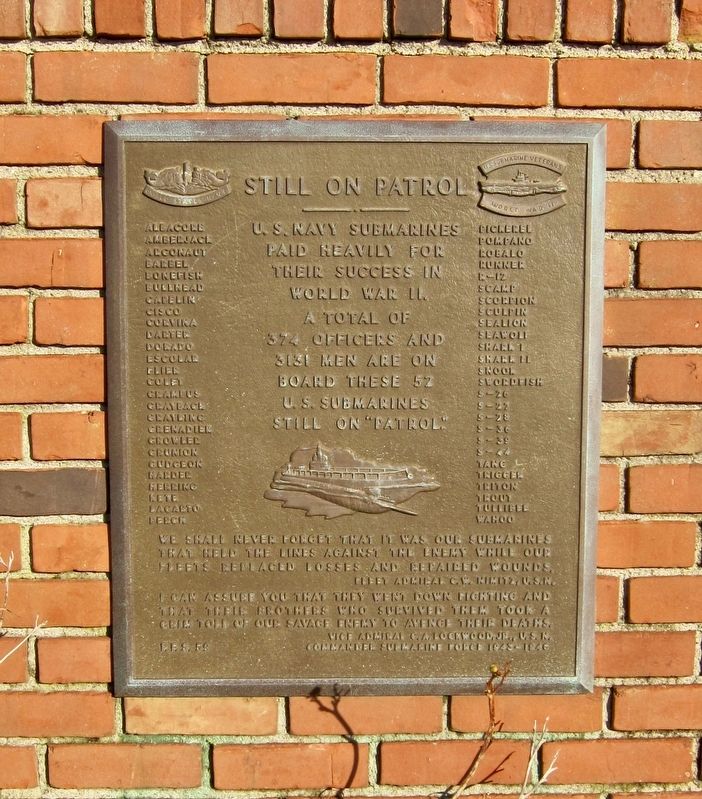 U.S. Navy submarines paid heavily for their success in World War II. A total of 374 officers and 3131 men are on board these 52 U.S. submarines still on "patrol."

We shall never forget that it was our submarines that held the lines against the enemy while our fleets replaced losses and repaired wounds.

Fleet Admiral C.W. Nimitz, U.S.N.
I can assure you that they went down fighting and that their brothers who survived them took a grim toll of their savage enemy to avenge their deaths.

Topics and series. This memorial 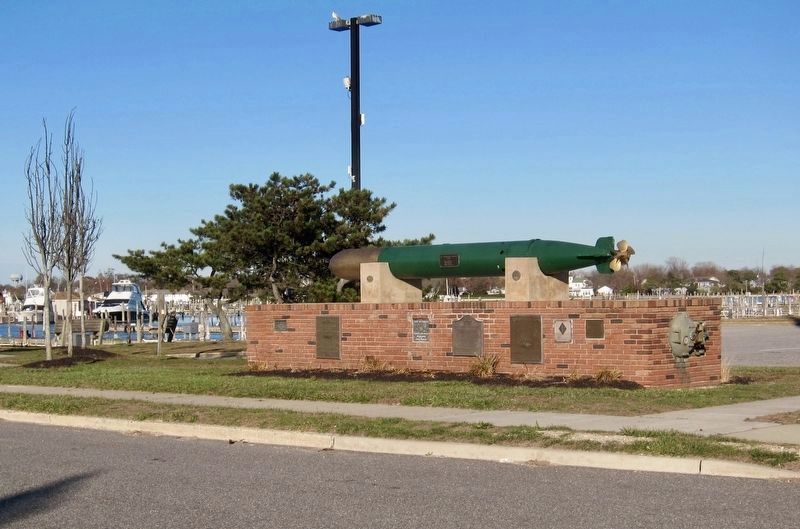 Click or scan to see
this page online
is listed in this topic list: Waterways & Vessels. In addition, it is included in the Still On Patrol series list.

Location. 40° 42.641′ N, 73° 14.489′ W. Marker is in Bay Shore, New York, in Suffolk County. Memorial can be reached from the intersection of South Clinton Avenue and Bayview Avenue. Touch for map. Marker is in this post office area: Bay Shore NY 11706, United States of America. Touch for directions.

Other nearby markers. At least 8 other markers are within 2 miles of this marker, measured as the crow flies. The Silent Service (here, next to this marker); Bay Shore (a few steps from this marker); The United States Life-Saving Service on Fire Island (about 400 feet away, measured in a direct line); Bay Shore 1695 (approx. ¾ mile away); Dr. George S. King Park (approx. ¾ mile away); Site of Vitagraph Company of America (approx. one mile away); "Lady with the Torch" (approx. 1.1 miles away); Doxsee Clam Factory (approx. 1.3 miles away). Touch for a list and map of all markers in Bay Shore.

More about this marker. The memorial is within Bay Shore Manor Park, by the parking lot within shouting distance of the Bay Shore Marina. 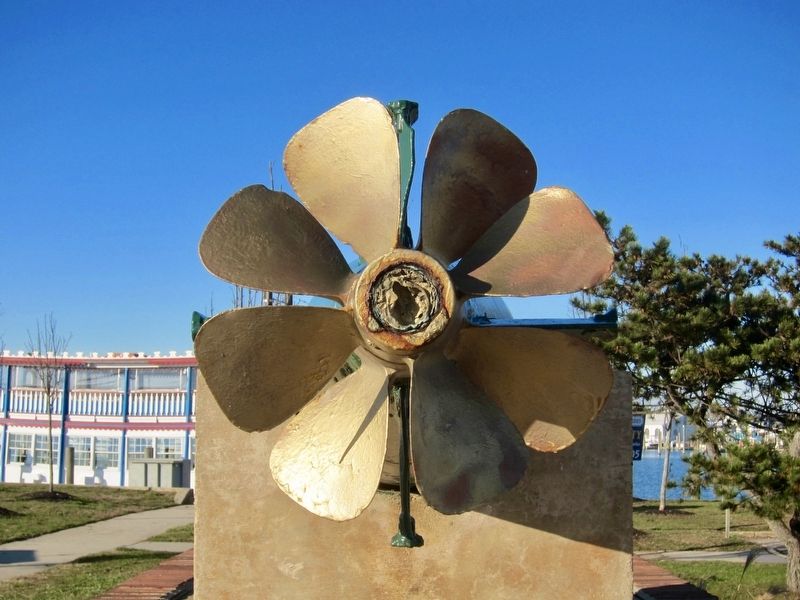