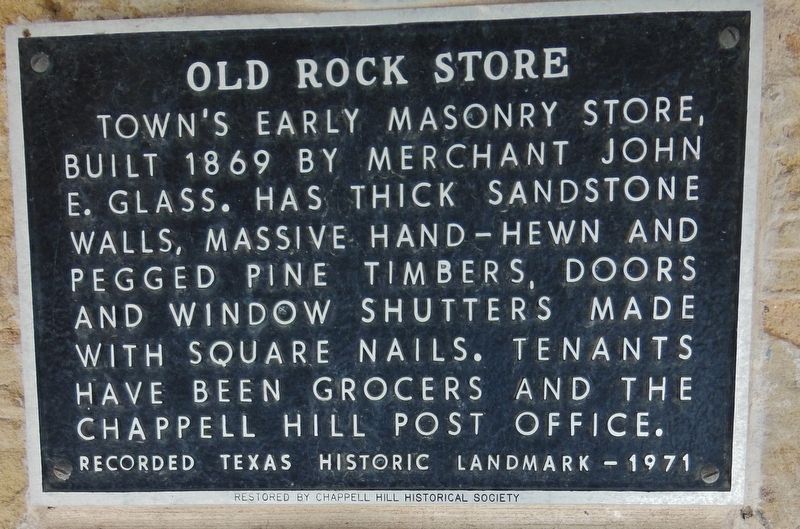 Topics. This historical marker is listed in these topic lists: Architecture • Industry & Commerce • Notable Buildings. A significant historical year for this entry is 1869.

Location. 30° 8.525′ N, 96° 15.435′ W. Marker is in Chappell Hill, Texas, in Washington County. Marker is on Main Street (Farm to Market Road 1155) south of Cedar Street, on the right when traveling south. Marker and Texas Historical Medallion are mounted directly on the subject building, at eye-level, just left of the entrance. Touch for map. Marker is at or near this postal address: 5070 Main Street, Chappell Hill TX 77426, United States of America. Touch for directions.

Other nearby markers. At least 8 other markers are within walking distance of this marker. Farmers State Bank and Reinstein Store (within 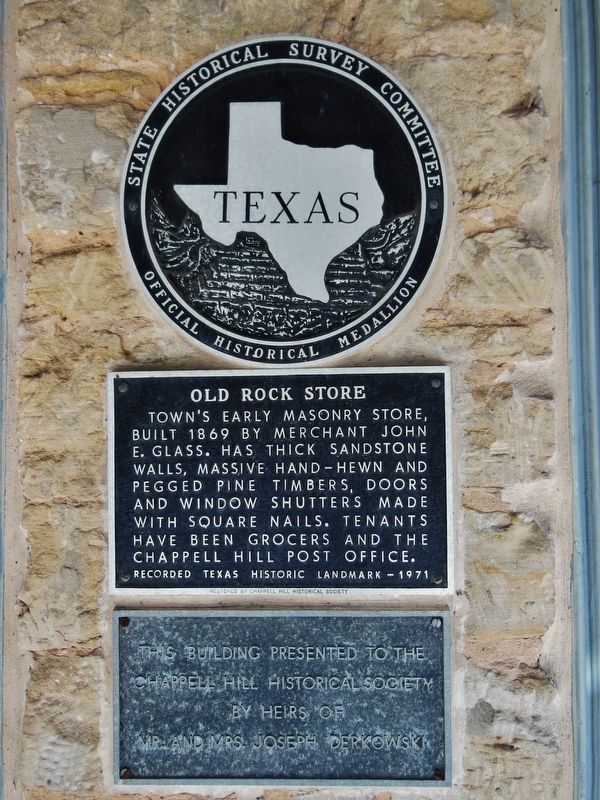 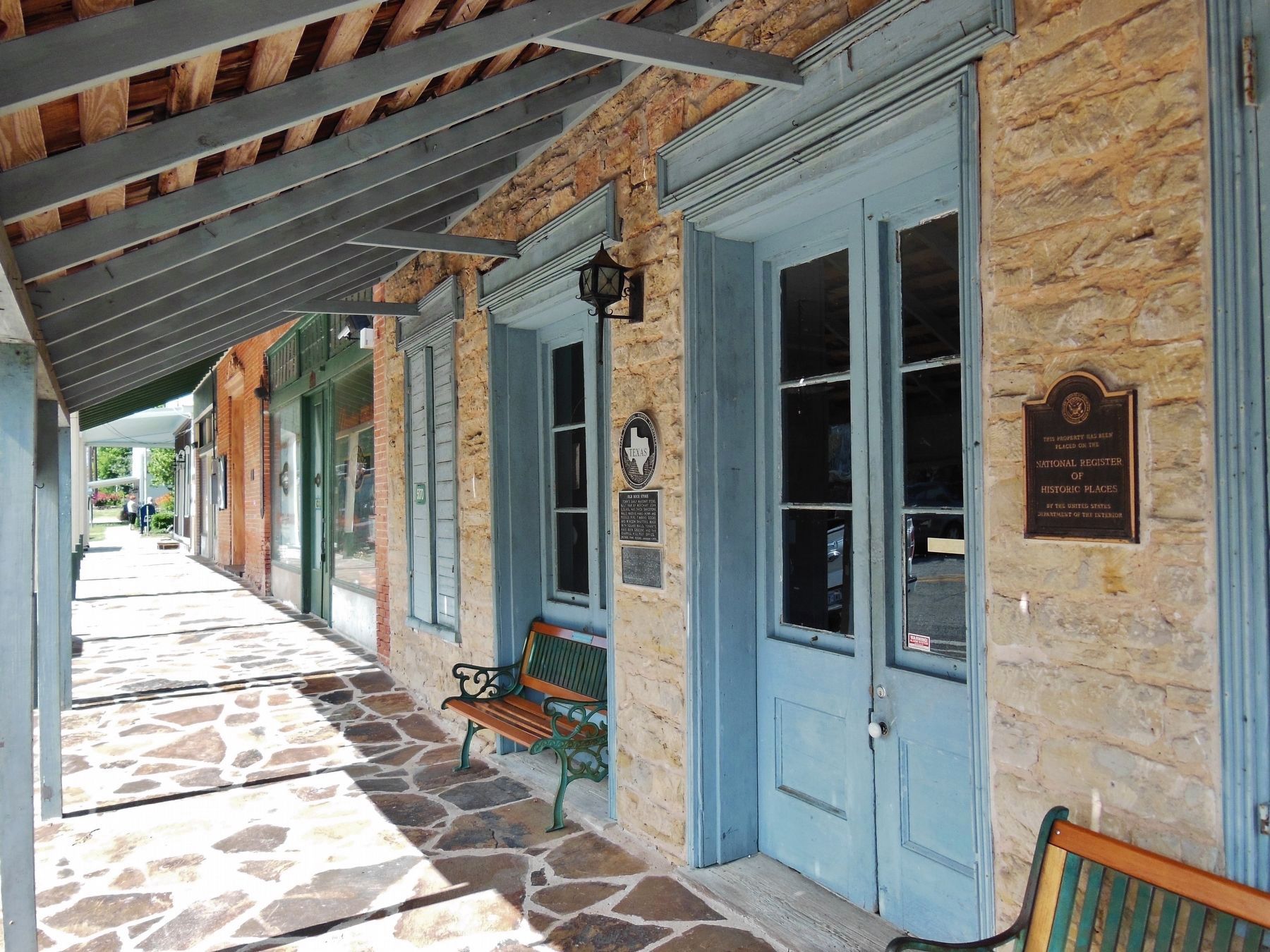 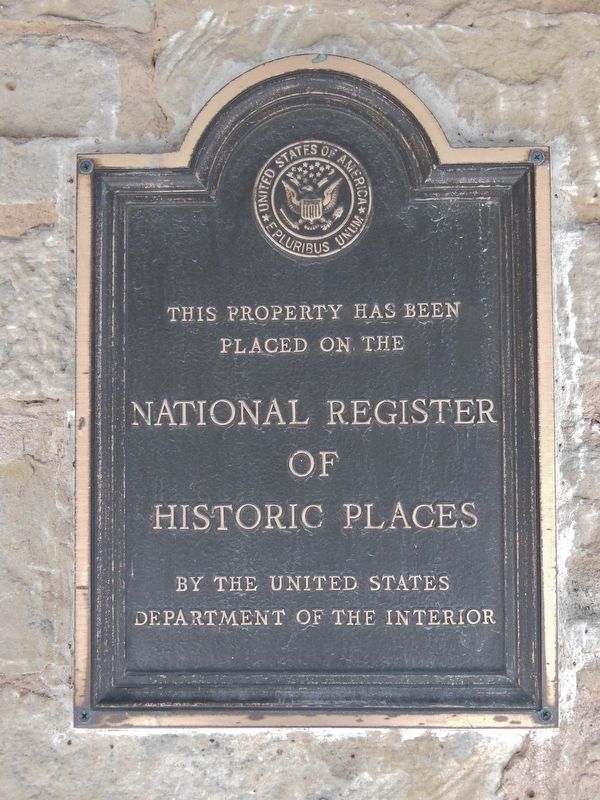 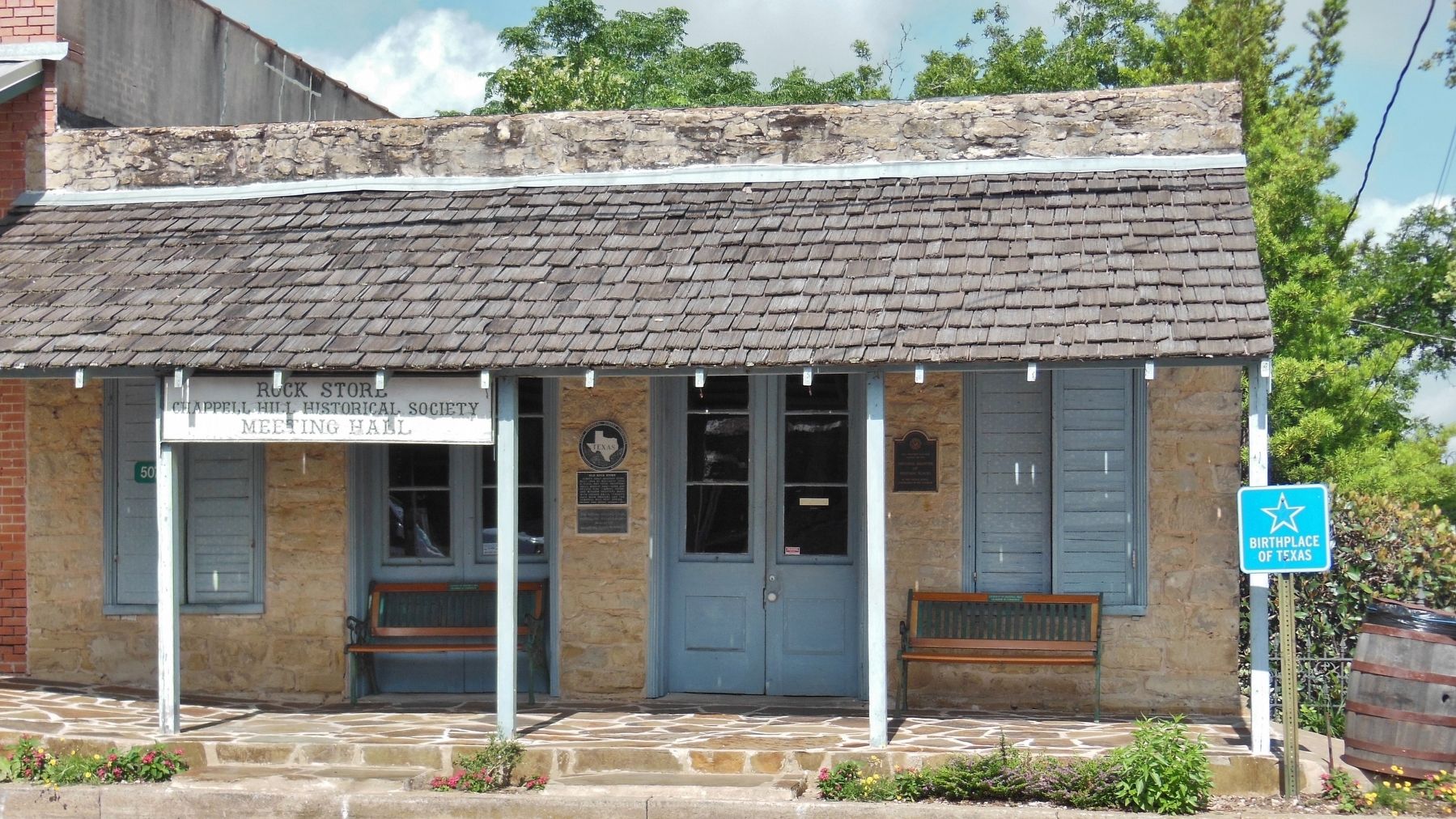 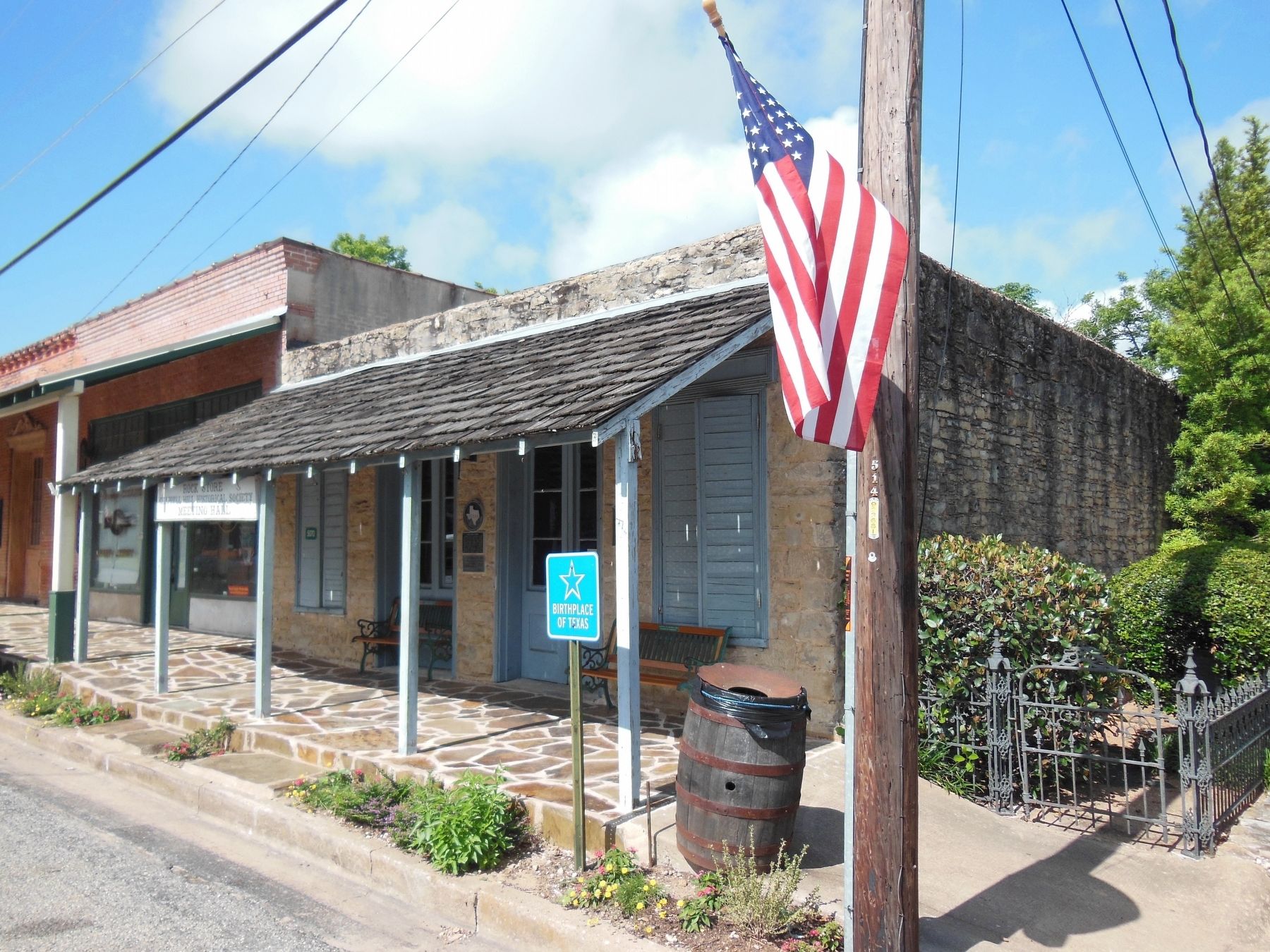