Battle of the Bulge Monument 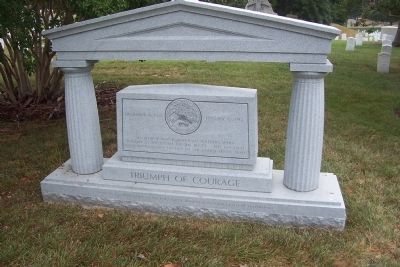 To the World War II American soldiers who fought in the Battle of the Bulge, the greatest land battle in the history of the United States Army.

An emblem of the Association of the Veterans of the Battle of the Bulge is engraved on the monument.

Erected 2006 by The grateful people of the Kingdom of Belgium and Grand Duchy of Luxembourg.

Topics and series. This monument and memorial is listed in this topic list: War, World II. In addition, it is included in the National Cemeteries series list. 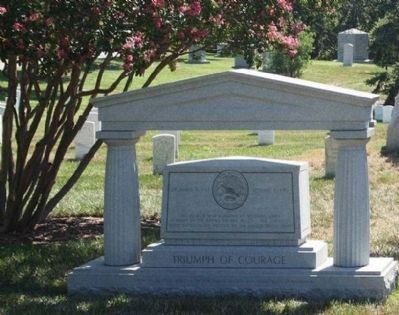 Photographed By Mike Stroud, 2011
2. Battle of the Bulge Monument Marker

More about this monument. This Battle of the Bulge monument, labeled “Triumph of Courage,” was authorized by Congress. It surpasses in size and visibility a plaque near the Tomb of the Unknown Soldier.

The memorial was funded by the Kingdom of Belgium and the Grand Duchy of Luxembourg, two European nations where American servicemen are revered for the toughness they displayed in the winter fighting between Dec. 16, 1944 and Jan. 25, 1945.

Also see . . .  Battle of the Bulge Memorial Dedicated. An article about this monument's dedication published in the June-August 2006 edition of Belgium Today. (Submitted on September 10, 2008.) 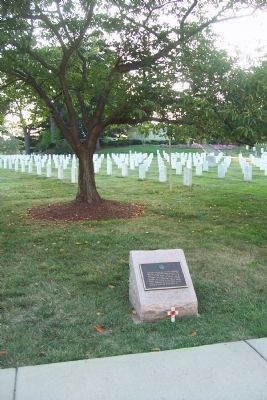