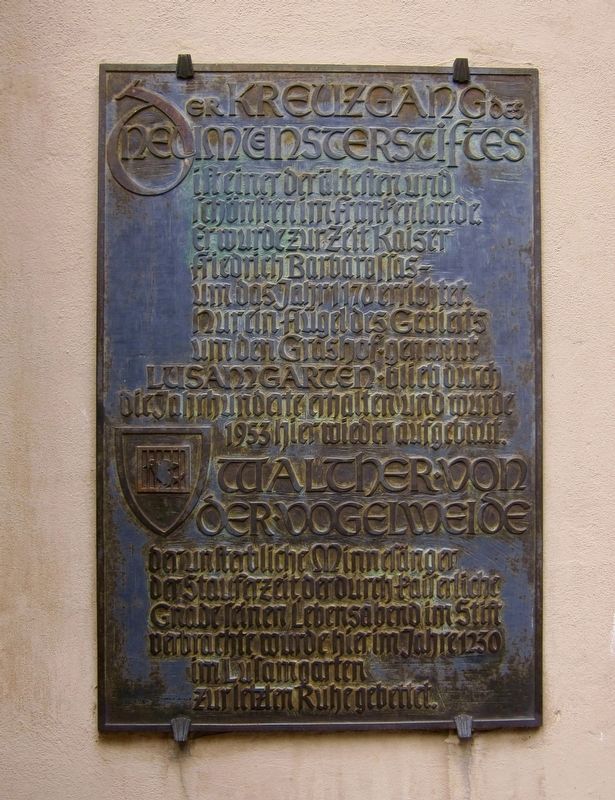 By Andrew Ruppenstein, June 25, 2017
1. Der Kreuzgang des Neumuensterstiftes / The Cloister of the Neumuenster Seminary Marker
Inscription.
[English translation:] . The cloister of the Neumuenster Seminary is one of the nicest and oldest in Franconia. (Franconia is the cultural region in which Würzburg is located.) It was constructed during the reign of the Emperor Friedrich Barbarossa - around the year 1170. Only one wing that enclosed the grassy courtyard square, called the Lusam Garden, has survived the intervening centuries, and was reconstructed here in 1953.

Walther von der Vogelweide, the immortal minstrel from the Stauffer era (the Staufer dynasty: 1138 - 1254 AD), who because of the imperial honors he received was able to live in the seminary during his twilight years, was laid to eternal rest here in 1230. . This historical marker is in Würzburg Bavaria Germany