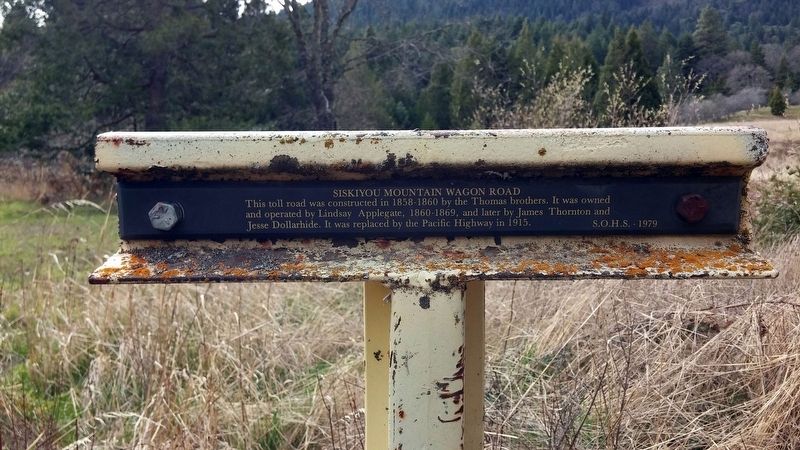 Photographed By Douglass Halvorsen, March 13, 2014
1. Siskiyou Mountain Wagon Road Marker
Inscription.
Siskiyou Mountain Wagon Road. . This toll road was constructed in 1858-1860 by the Thomas brothers. It was owned and operated by Lindsey Applegate, 1860-1869, and later by James Thornton and Jesse Dollarhide. It was replaced by the Pacific Highway in 1915. . This historical marker was erected in 1979 by Southern Oregon Historical Society. It is Near Ashland in Jackson County Oregon

This toll road was constructed in 1858-1860 by the Thomas brothers. It was owned and operated by Lindsey Applegate, 1860-1869, and later by James Thornton and Jesse Dollarhide. It was replaced by the Pacific Highway in 1915.

Topics. This historical marker is listed in this topic list: Roads & Vehicles. A significant historical year for this entry is 1858. 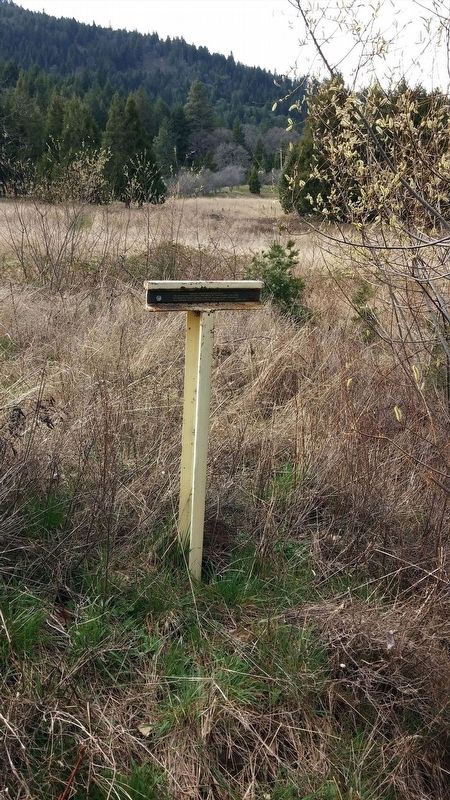 Click or scan to see
this page online
3.8 miles away); Route of Historical Applegate Trail (approx. 5.1 miles away); Hilt War Memorial (approx. 6.3 miles away in California). Touch for a list and map of all markers in Ashland.

More about this marker. Marker is hard to see from the road and depending on the time of year, could be partly covered by tall grass.

Regarding Siskiyou Mountain Wagon Road. The Dollarhide Toll Road: Jesse and his sons purchased the right of way for a section of the Applegate Trail running from the foot of the mountains south of Ashland, Oregon across the Siskiyou Mountains summit and down to the village of Hornbrook, California. Although they had originally purchased the road for their own use, the roadway was to become a vital link and a primary wagon road between California and Oregon. As a family-operated toll road, it became a steady source of income to the Dollarhide family and they profited from it for some 30 years. The road was part of the same route which became the Pacific Highway, then U.S. Highway 99, and currently, Interstate 5. The Dollarhide family operated the road from 1885 to 1916, when they sold their right of way to the State of Oregon. Today, this section of Interstate 5 is still the highest and most challenging mountain pass between Canada and Mexico. 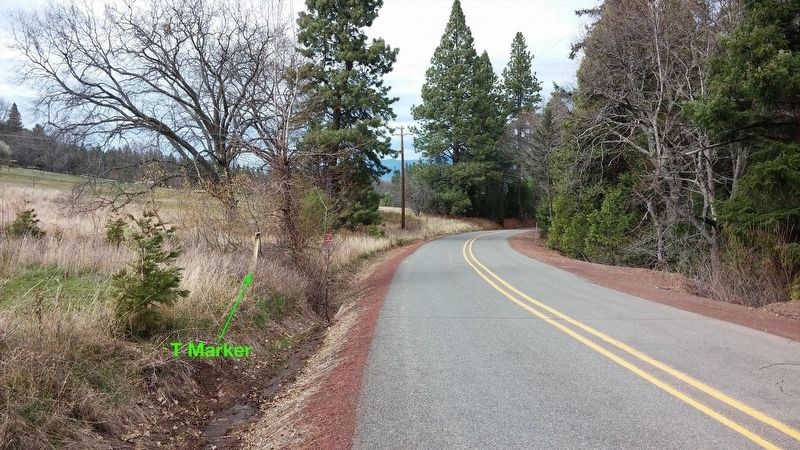 Photographed By Douglass Halvorsen, March 13, 2014
3. Siskiyou Mountain Wagon Road Marker
View of marker looking north
. This marker is one of a number of historical 'T' markers monumented in the 1970s and 1980s by the Southern Oregon Historical Society and also available for viewing on an interactive map (link above) (Submitted on May 28, 2019, by Douglass Halvorsen of Klamath Falls, Oregon.) 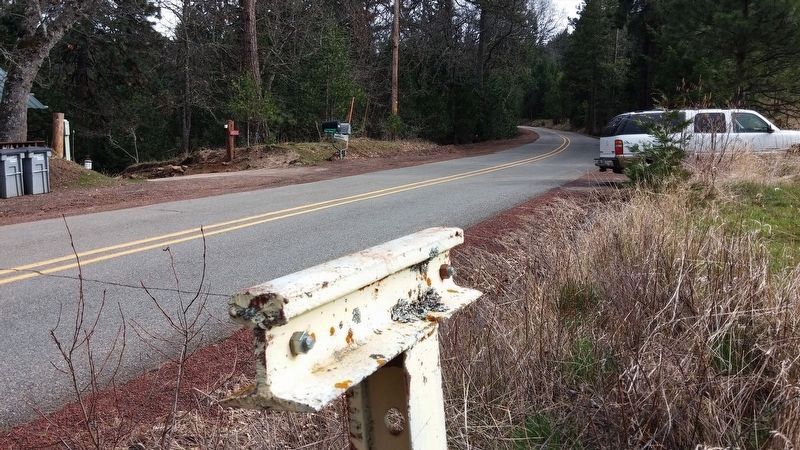