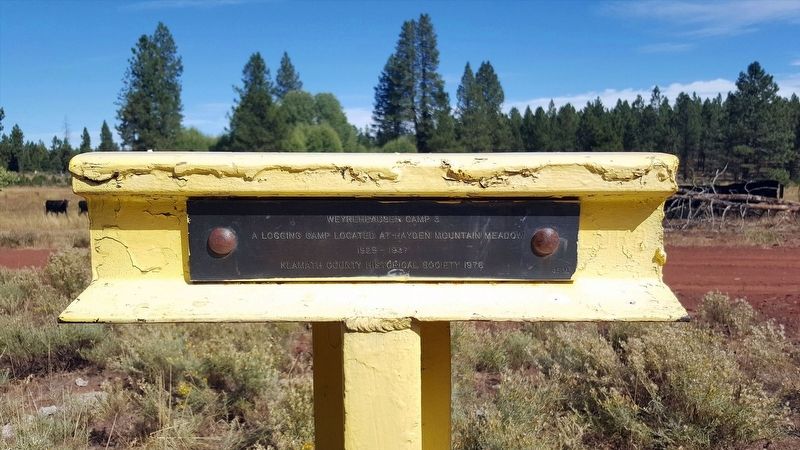 Topics. This historical marker is listed in these topic lists: Horticulture & Forestry • Industry & Commerce. A significant historical year for this entry is 1929.

More about this marker. Marker is located off Greensprings Hwy 66 on Camp 3 Reservoir Rd, about a 1/2 mile heading north on a dirt track road.

Regarding Weyerhaeuser Camp 3. This historical marker is part of a series of historical 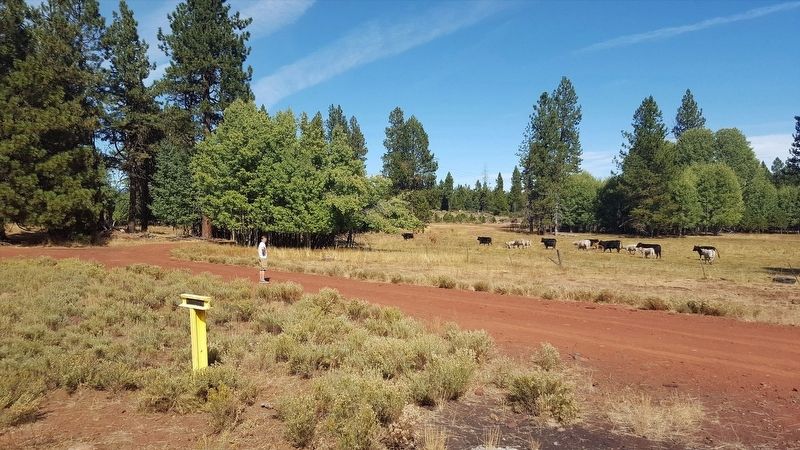 This particular T-marker highlights a former logging camp which existed nearby.

*NOTE* 'Weyerhaeuser' is misspelled on the marker. There are still a few remnants of this former logging camp. I discovered an outhouse, a small aviary-like structure built between two trees, a small building made of roofing metal and my stepson even picked up an old piece of boot leather. A logging railroad also passed through this camp when it was active. No remnants of the logging railroad remain today. 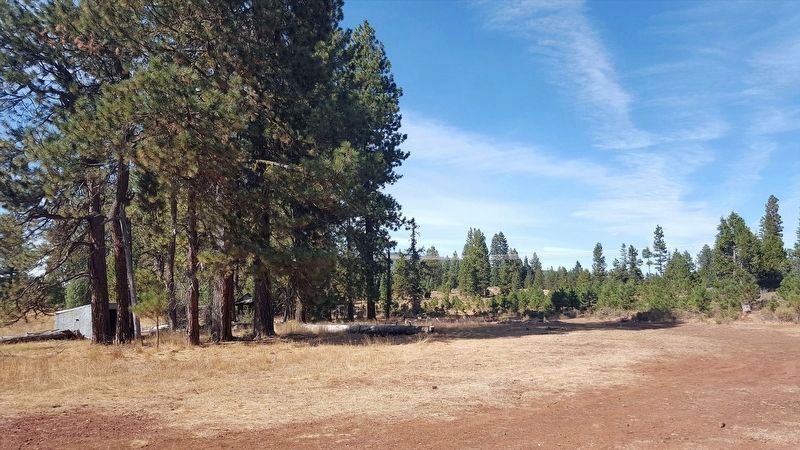 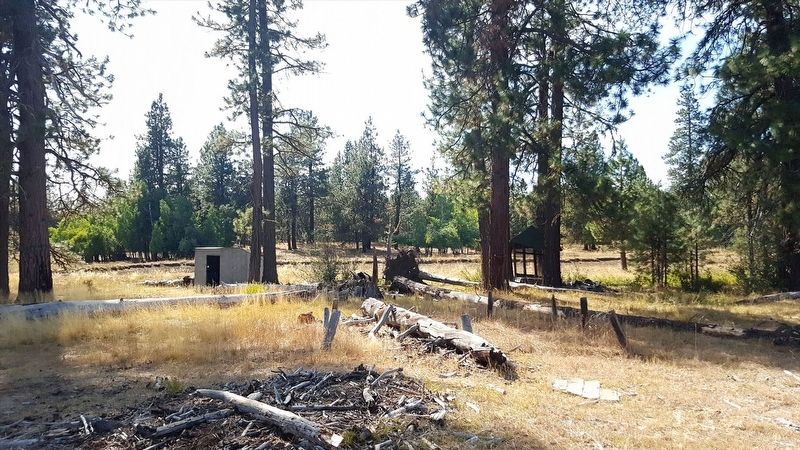