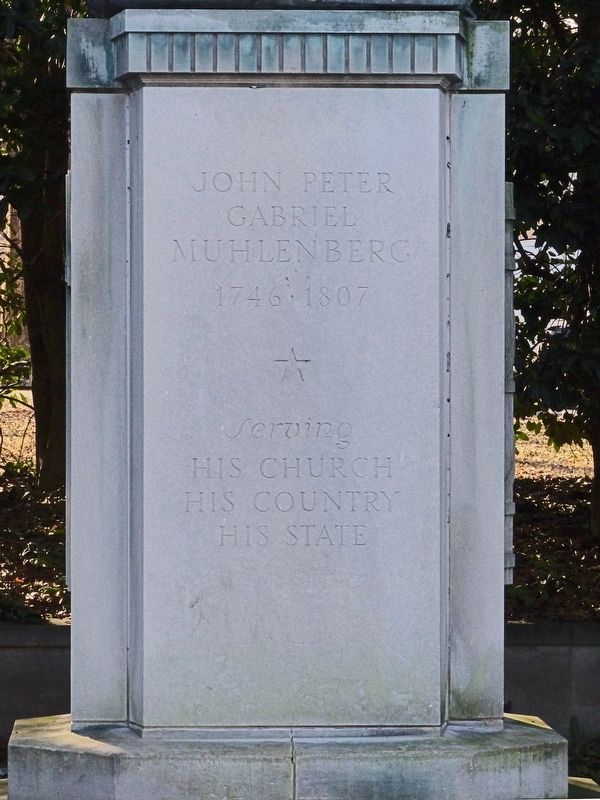 See photos for additional text. . This historical marker was erected in 1980 by Saint Pauls Lutheran Church. It is in Wakefield in Washington District of Columbia

★
Serving
His Church
His Country
His State 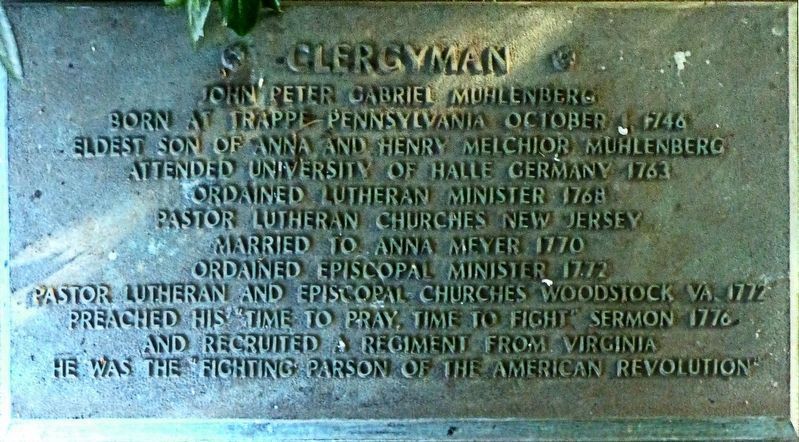 More about this marker. Two of the bronze plaques on the bench/wall around the statue are difficult to find because they are overgrown by the Chinese Holly bushes that stand behind the monument. 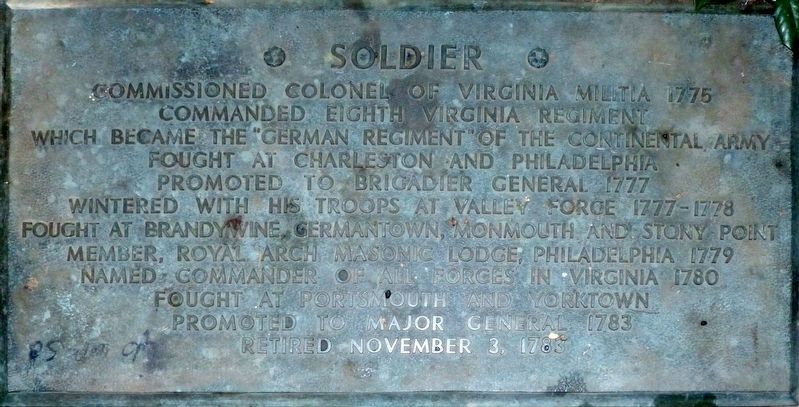 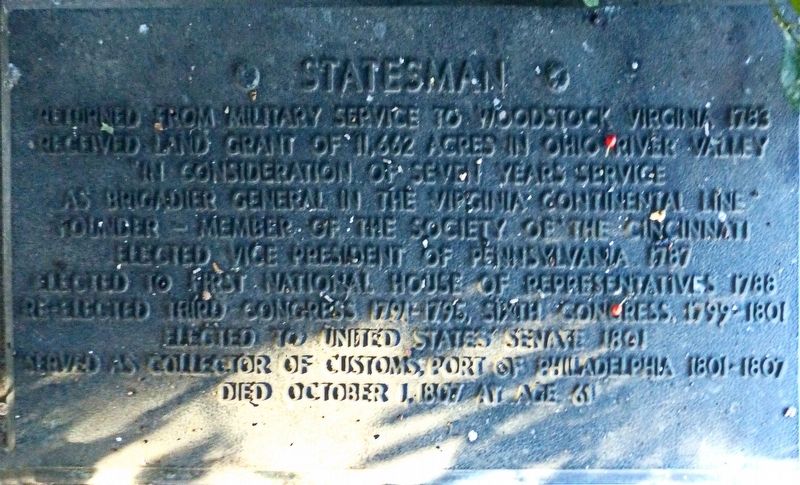 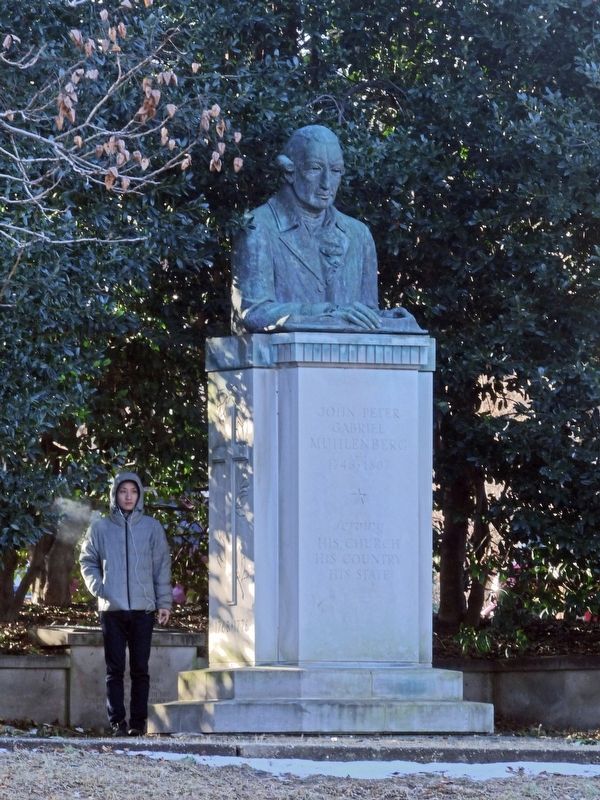 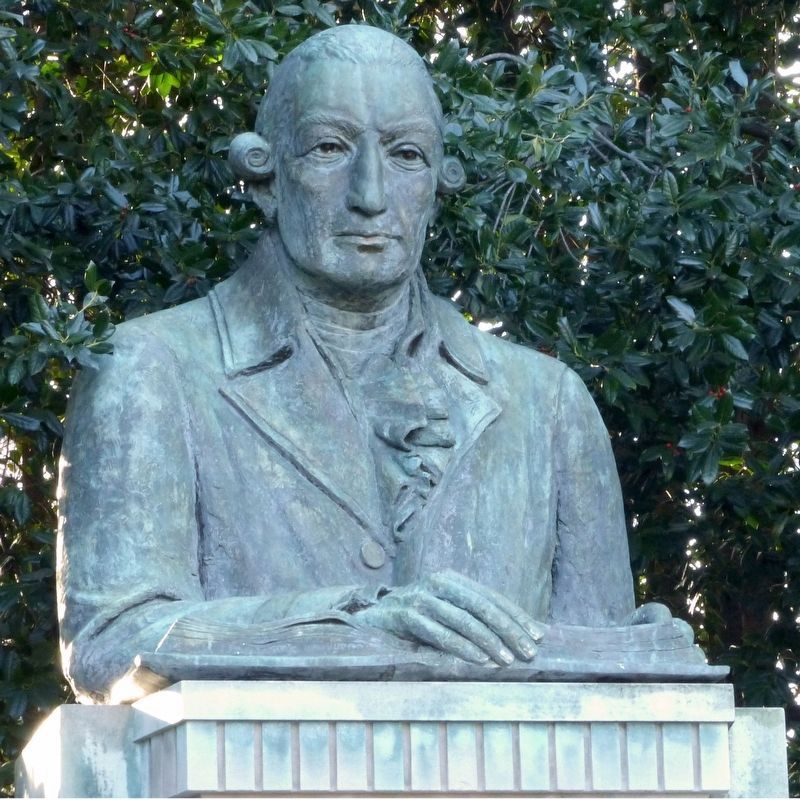 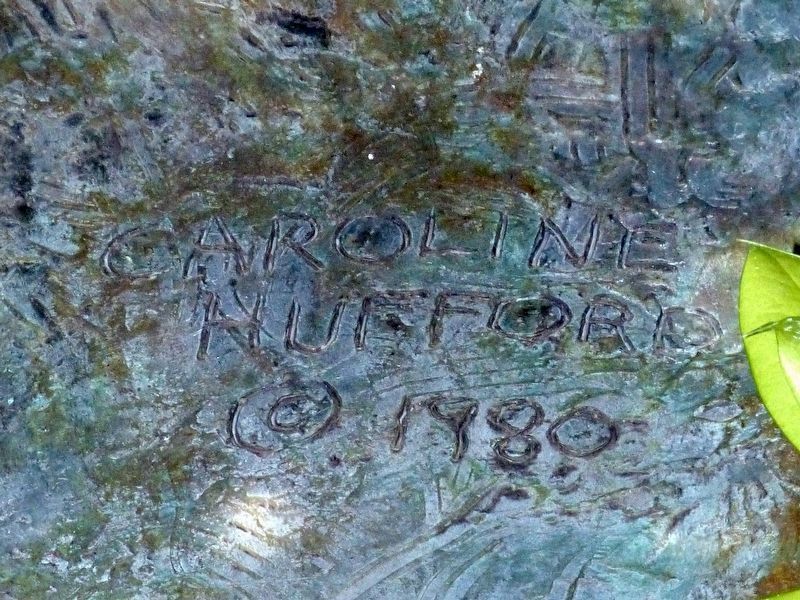