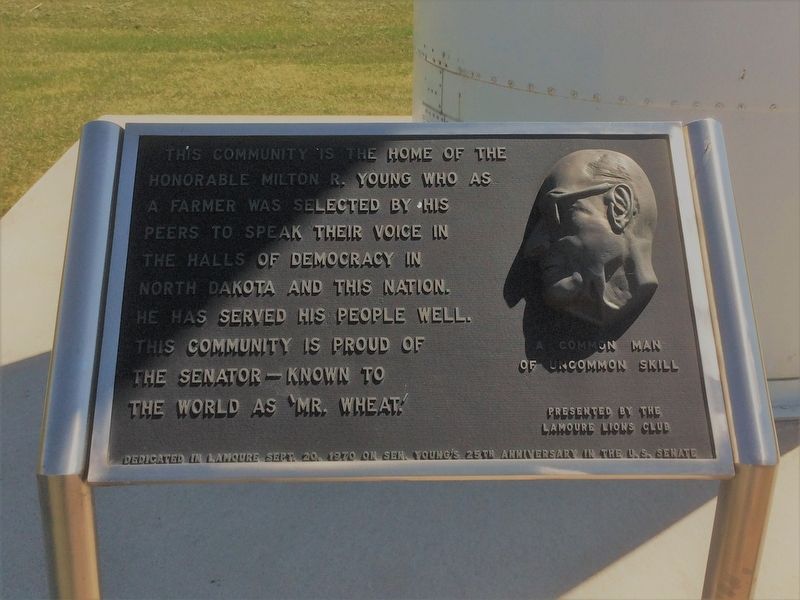 This community is the home of the Honorable Milton R. Young who as a farmer was selected by his peers to speak their voice in the halls of democracy in North Dakota and this nation. He has served his people well. This community is proud of the senator - known to the world as "Mr. Wheat."

A Common Man of Uncommon Skill

Other nearby markers. At least 6 other markers are within 16 miles of this marker, measured as the crow flies. Symbol of Freedom (here, next to this marker); Steamboats on the River (within shouting distance of this marker); Civilian Conservation Corps Project 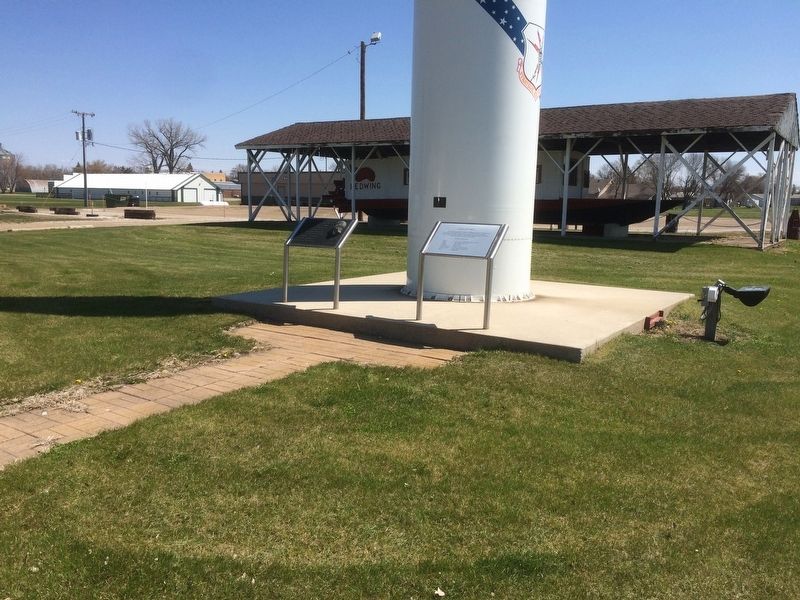