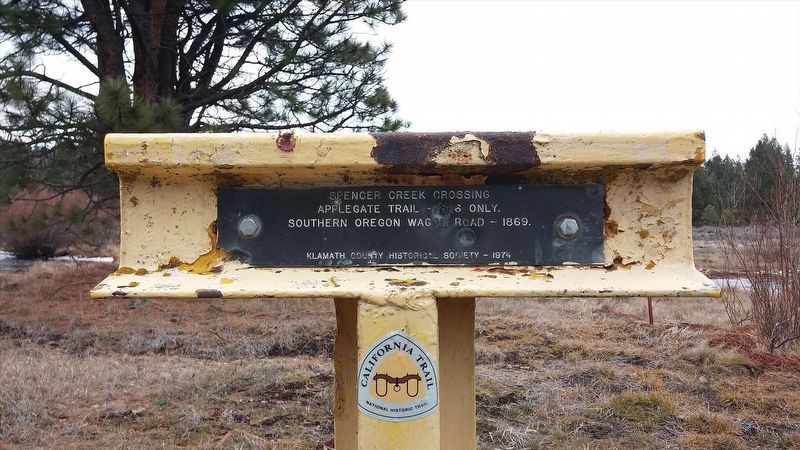 Topics and series. This historical marker is listed in these topic lists: Exploration • Forts and Castles • Roads & Vehicles. In addition, it is included in the Applegate Trail, and the California Trail series lists. A significant historical year for this entry is 1860. 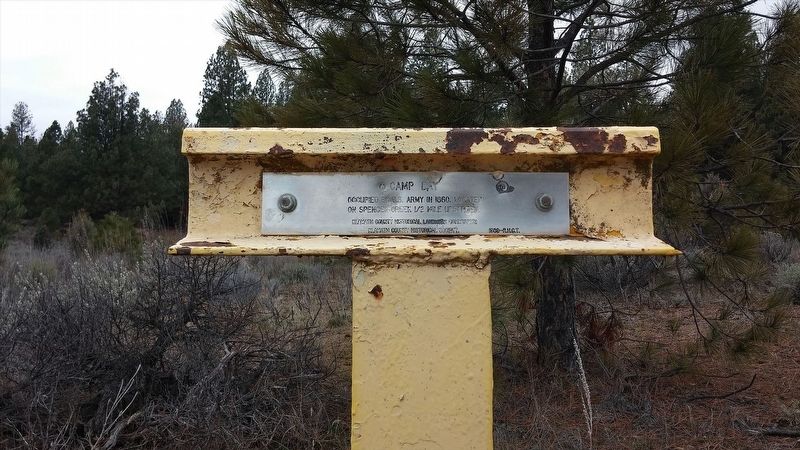 More about this marker. Marker is located about 1/2 mile east of Keno Access Rd and south of a dirt track road.

Regarding Spencer Creek Crossing / Camp Day. The route of the historic Applegate Trail passed through this location in the year 1846 only. Although not listed on the plaque, this marker is number A-57 in the Applegate Trail series of markers monumented by Trails West Inc. and appears in their booklet titled A Guide to the Applegate Trail From Goose Lake to Southern Oregon available for sale on their website.

Oregon History Project contains additional history on Camp Day and reads: The black and white photograph below by U.S. Army Lt. Lorenzo Lorain provides a striking view of Camp Day, a temporary encampment in the Klamath Basin used by the military over the summer and fall of 1860. It features members of Lorain’s Company L, Third Artillery division then attached to Fort Umpqua on the Oregon Coast.

This military expedition to 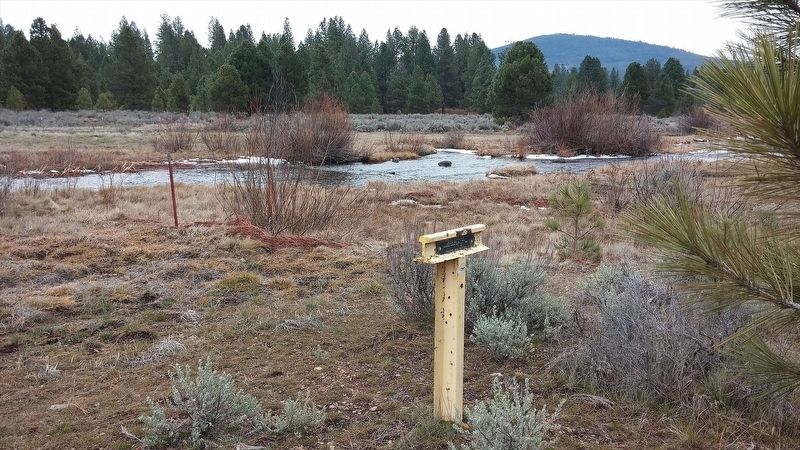 Photographed By Douglass Halvorsen, January 11, 2015
3. Spencer Creek Crossing / Camp Day Marker
the Klamath Basin was the result of on-going problems between Indian groups and Euro-American settlers along the southern emigrant trail. Since the late 1840s, American pioneers had traveled in ever increasing numbers to southern Oregon and by the late 1850s, they began to covet the fertile grazing areas in the Klamath Basin. The basin was home to the Klamath in the north and the Modoc in the south. The Rogue River War of 1855-56 in southwestern Oregon, and a series of violent clashes in the Klamath Basin during the 1850s, heightened tensions between Euro American and Native communities. Reports sent to army officials in California expressed concern that the settlers’ determination to move onto the Indians’ traditional territory would provoke another regional conflict. In the fall of 1859, sub-Indian agent G. H. Abbott learned from the Klamath that the Paiute of eastern Oregon had proposed that the Klamath and Modoc join them in military action against the settlers. The Klamath told Abbott that they were divided on the issue.

Upon receiving orders from military officials in San Francisco “to give temporary security to the Upper Klamath Country,” 1st Lt. Alexander Piper and 2nd Lt. Lorenzo Lorain departed with the Fort Umpqua artillery company in early July 1860. The group included sixty-six soldiers and a civilian physician, William G. Hatch. They reached their 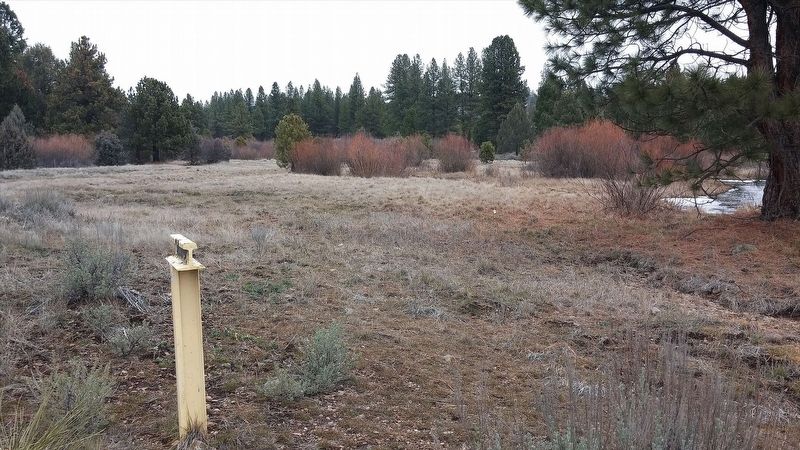 Photographed By Douglass Halvorsen, January 11, 2015
4. Spencer Creek Crossing / Camp Day Marker
destination on July 16, 1860, and established Camp Day at a site near the confluence of Spencer Creek and the Klamath River. Over the next three months, the men of Company L had a welcome break from the monotony of life at Fort Umpqua. This was due in large part to the apparent easing of tensions between settlers and Natives at the time. Lt. Piper and Lt. Lorain had several meetings with local Klamath and Modoc groups in which they learned of the Indians’ concerns and their desire to remain on friendly terms with the army. The Natives were particularly insistent that the settlers respect Klamath and Modoc territorial rights and compensate them for the use of their natural resources. Lt. Piper warned military officials in California that unless action was taken to address the attitudes of the settlers and the position of the Indians, “troubles will occur.” Problems did not arise that summer, and in early October 1860, Company L struck the temporary camp and returned to Fort Umpqua. 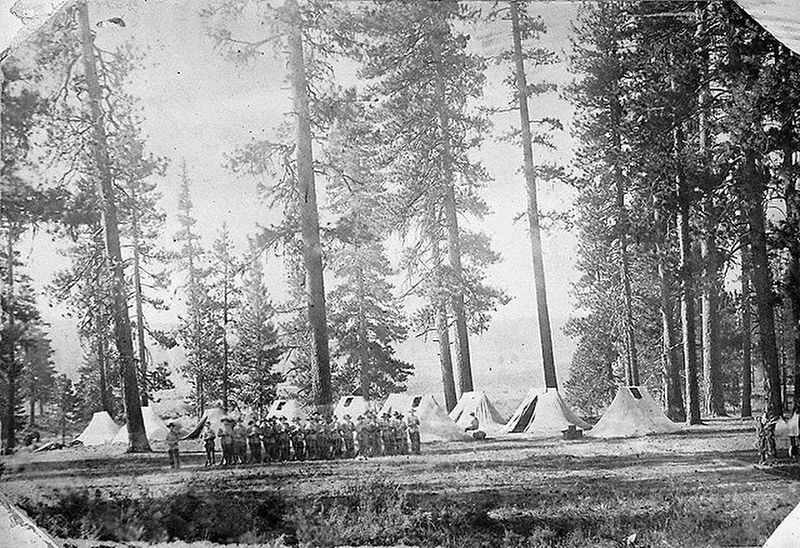