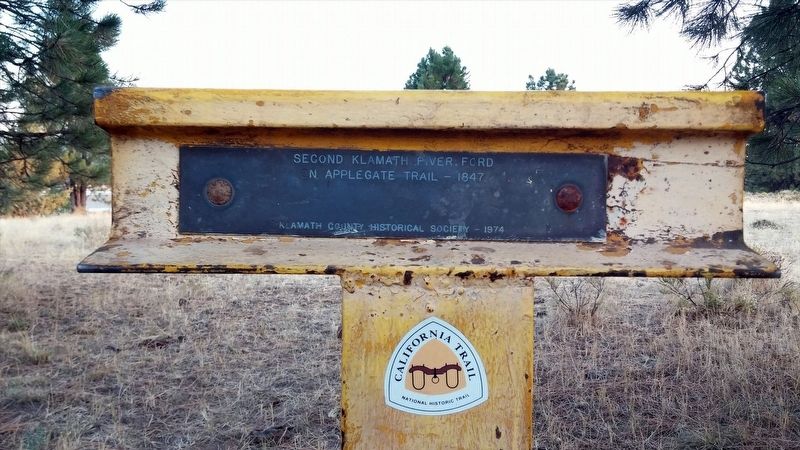 Topics and series. This historical marker is listed in these topic lists: Exploration • Waterways & Vessels. In addition, it is included in the Applegate Trail, and the California Trail series lists. A significant historical year for this entry is 1847. 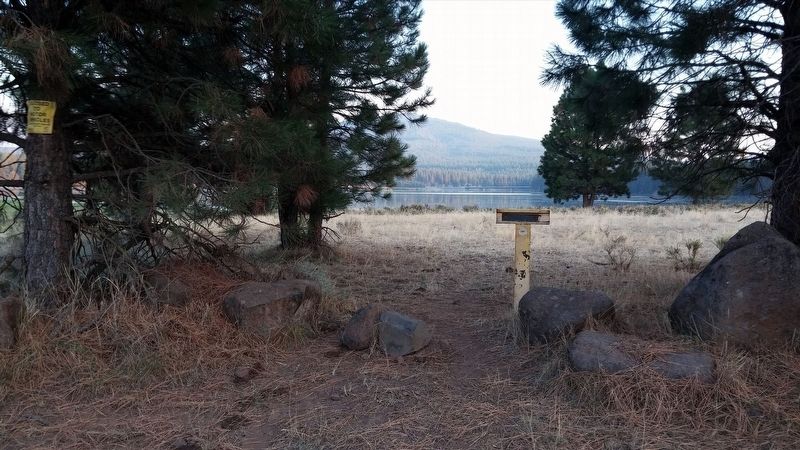 More about this marker. Marker is located 1/4 mile east of Keno Access Rd and just south of a dirt track road.

Regarding Second Klamath River Ford. The route of the historic Applegate Trail passed through this location from 1847 onward. The FIRST river ford that settlers traveled across in 1846 was located further east up the Klamath River, near Keno, Oregon. Although not listed on the plaque, this marker is number A-58 in the Applegate Trail series of markers monumented by Trails West Inc. and appears in their booklet titled A Guide to the Applegate Trail From Goose Lake to Southern Oregon available for sale on their website. 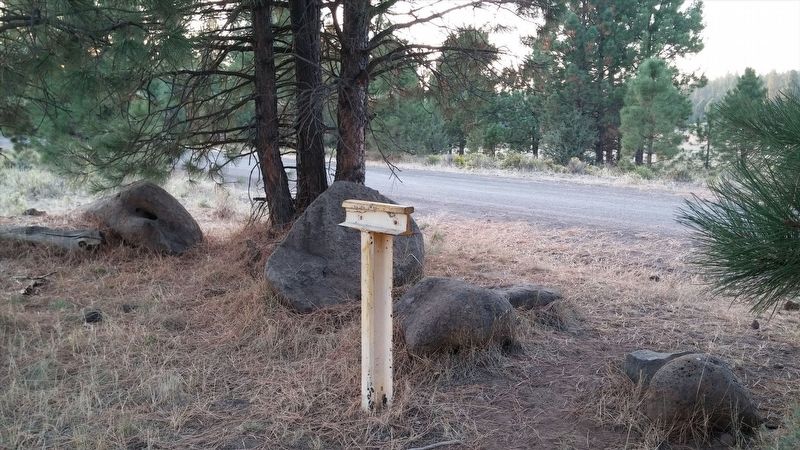