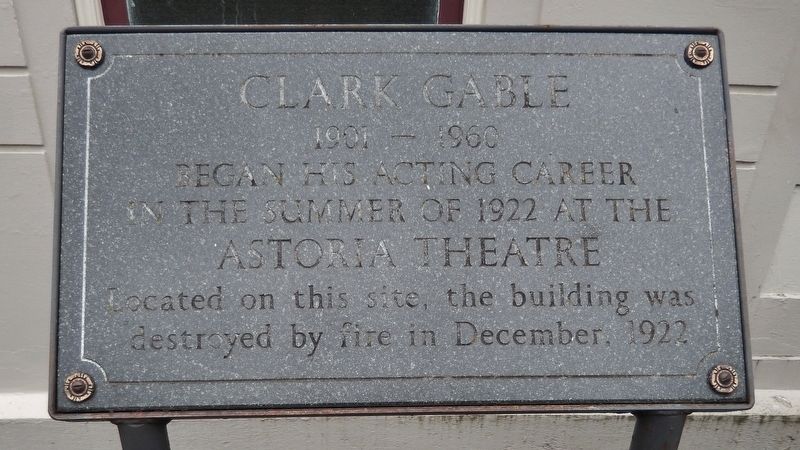 By Cosmos Mariner, July 9, 2015
1. Clark Gable Marker
Inscription.
Clark Gable.
Began his acting career in the summer of 1922 at the Astoria Theater Located on this site, the building was destroyed by fire in December, 1922 . . This historical marker is in Astoria in Clatsop County Oregon

Began his acting career
in the summer of 1922 at the
Astoria Theater
Located on this site, the building was
destroyed by fire in December, 1922

Topics. This historical marker is listed in these topic lists: Arts, Letters, Music • Entertainment. A significant historical year for this entry is 1922.

Location. 46° 11.263′ N, 123° 49.803′ W. Marker is in Astoria, Oregon, in Clatsop County. Marker is on Exchange Street east of 12th Street, on the left when traveling east. Marker is mounted on metal stand at the former site of the Astoria Theater. Touch for map. Marker is in this post office area: Astoria OR 97103, United States of America. Touch for directions. 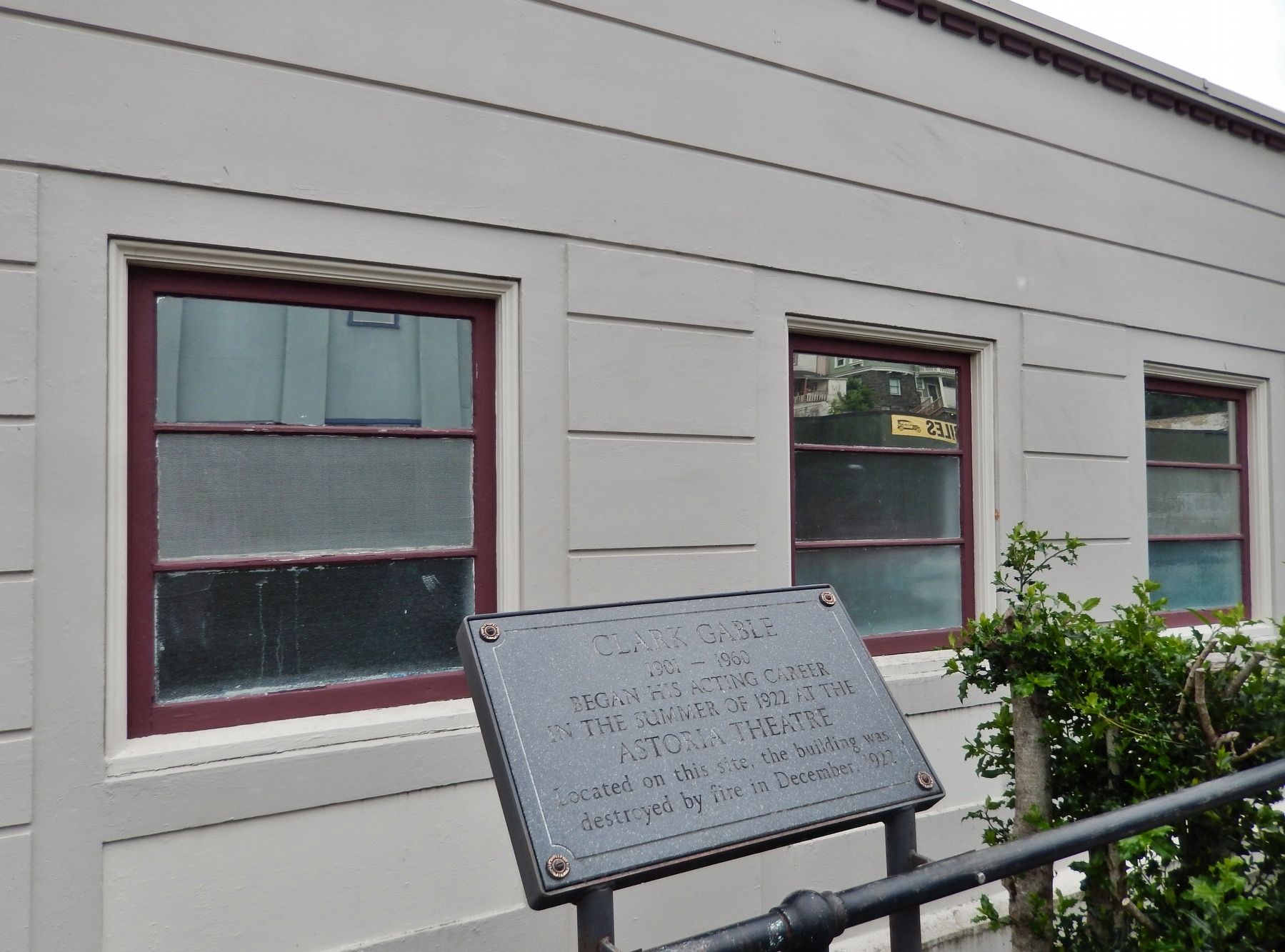 Click or scan to see
this page online
Clark Gable.
Clark Gable, famous for his role in the movie Gone With the Wind, started his acting career on stage in Astoria in 1922. Franz Dorfler of Silverton, Oregon met Gable at the Red Lantern Theater in Portland during the tryouts for the Astoria Stock Company. In July, to get to Astoria from Portland, they took the sternwheeler Bailey Gazert. Astoria was described as a "bustling, booming, hell-raising town." Many times Clark Gable and his sweetheart Franz climbed to the top of Coxcomb Hill so they could look out across the Columbia River. (Submitted on January 21, 2018, by Cosmos Mariner of Cape Canaveral, Florida.) 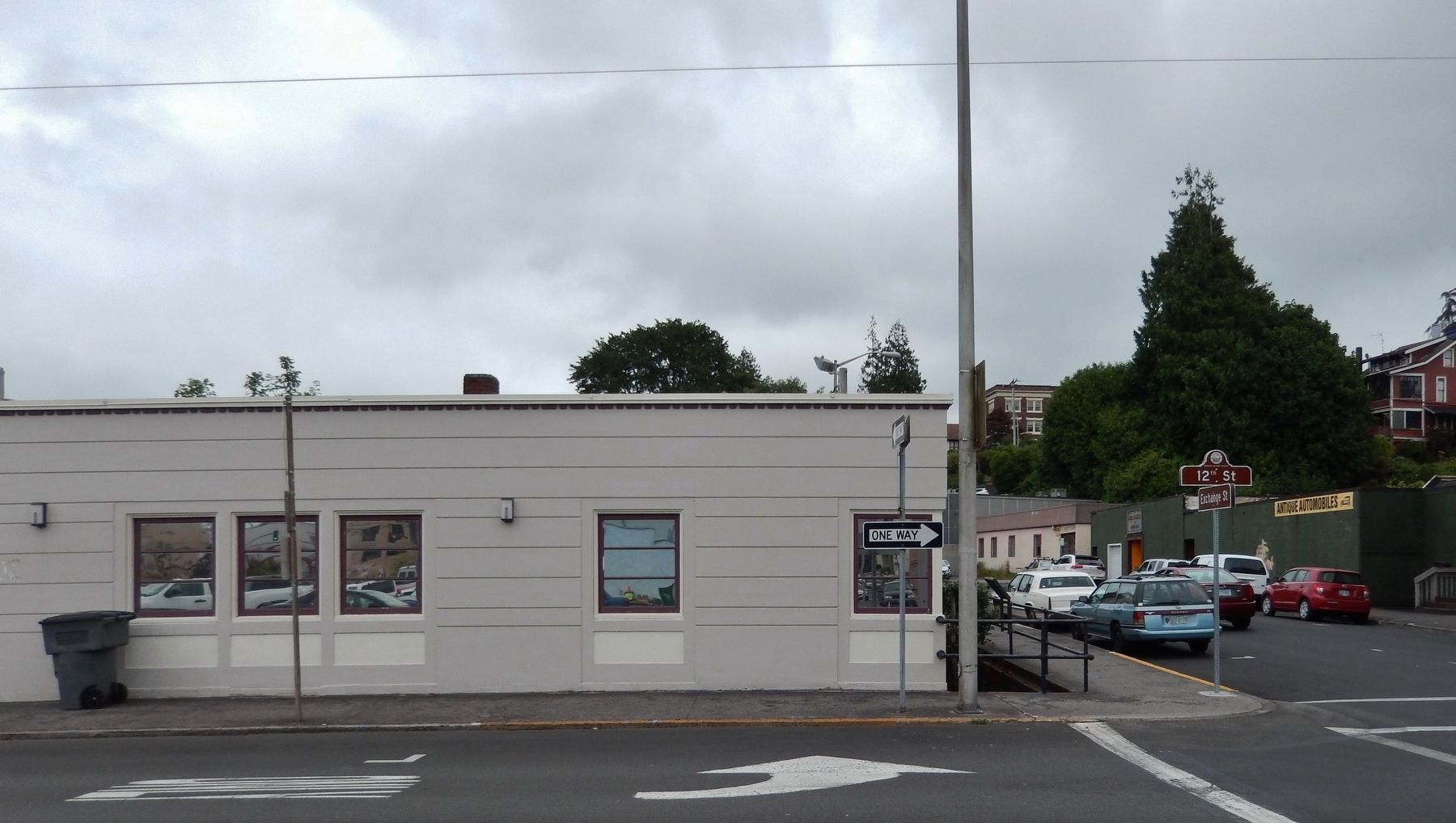