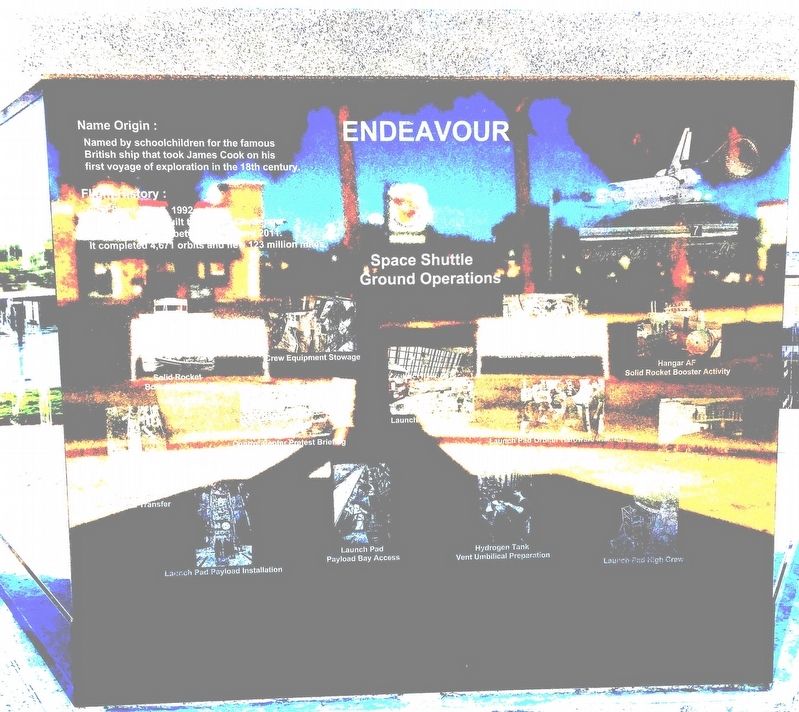 By Brandon D Cross, December 17, 2017
1. Endeavour Marker
Inscription.
Endeavour. Space Shuttle Program. , Name Origin: , Named by schoolchildren for the famous British ship that took James Cook on his first voyage of exploration in the 18th century., Flight History: , First flight May 7, 1992. , Endeavour was built to replace Challenger and flew 25 times between 1992 and 2011. It completed 4,671 orbits and flew 123 million miles. . This historical marker was erected in 2014. It is in Titusville in Brevard County Florida

Name Origin:
Named by schoolchildren for the famous British ship that took James Cook on his first voyage of exploration in the 18th century.

Topics. This historical marker is listed in these topic lists: Air & Space • Exploration. A significant historical date for this entry is May 7, 1992.

Location. 28° 36.869′ N, 80° 48.422′ W. Marker is in Titusville, Florida, in Brevard County. Marker can be reached from the intersection of Orange Street and South Washington Avenue (U.S. 1), on the right when traveling east. Touch for map. Marker is at or near this postal address: 17 Orange Street, Titusville FL 32796, United States of America. Touch for directions. 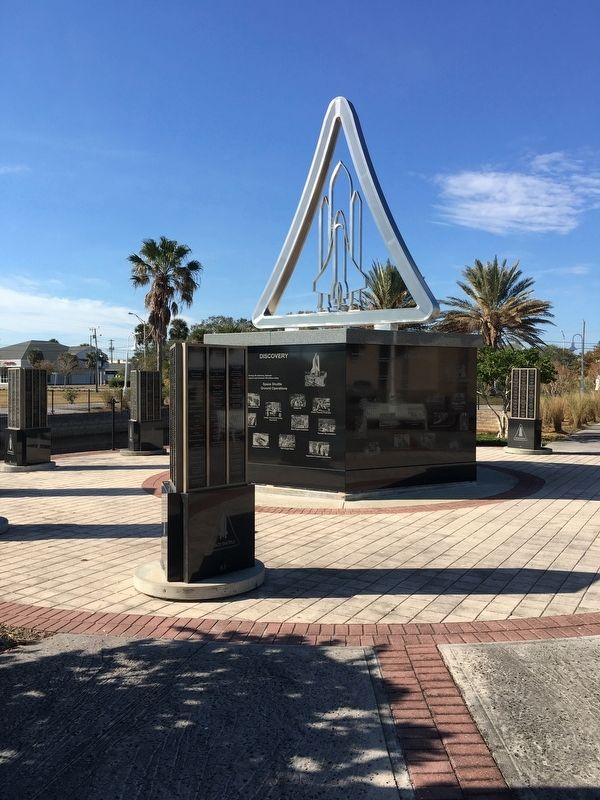 More about this marker. Space View Park is located less than 15 miles directly across from the Cape Canaveral launce pads. The Park is the first and only walk in the nation that honors America’s astronauts as well as the men and women behind the scenes who helped America lead the world in space exploration. 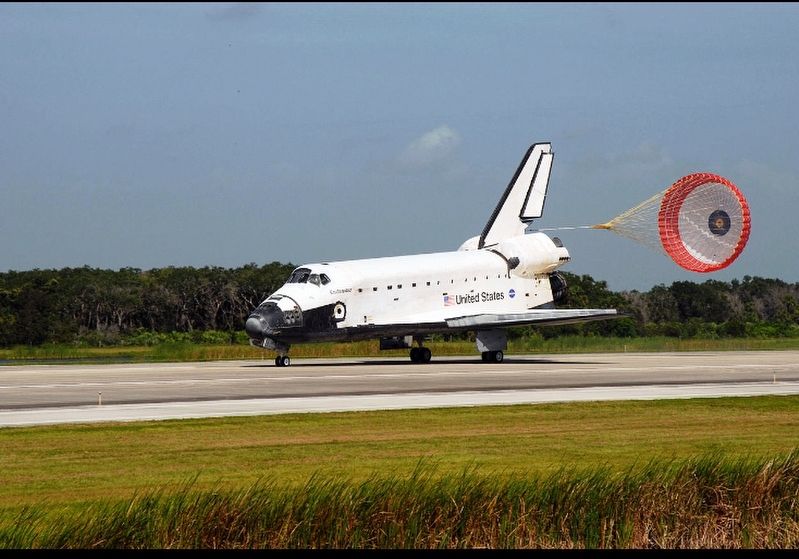 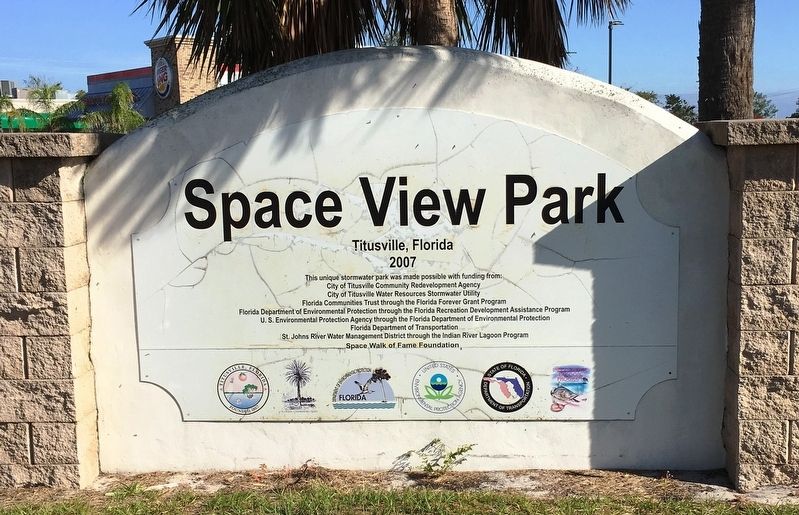