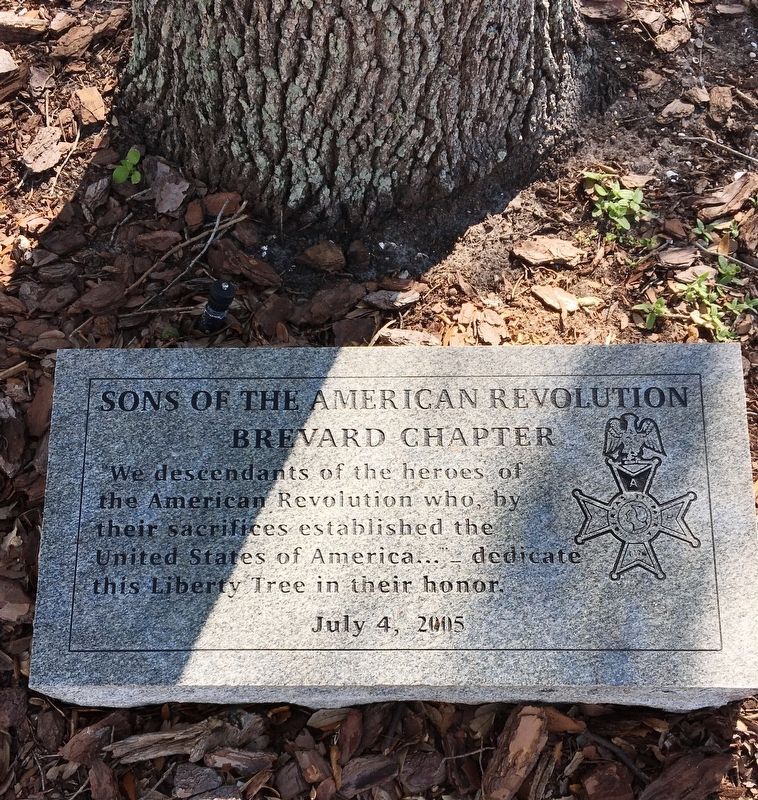 We descendants of the heroes of the American Revolution who, by their sacrifices established the United States of America …_ dedicate this Liberty Tree in their honor.

Erected 2005 by Sons of the American Revolution, Brevard Chapter.

Topics. This memorial is listed in these topic lists: Patriots & Patriotism • War, US Revolutionary.

Location. 28° 36.819′ N, 80° 48.259′ W. Marker is in Titusville, Florida, in Brevard County. Memorial can be reached from Broad Street 0.1 miles from Indian River Ave. Marker located adjacent to Veterans Memorial Park. Touch for map. Marker is at or near this postal address: 10 Broad St, Titusville FL 32796, United States of America. Touch for directions. 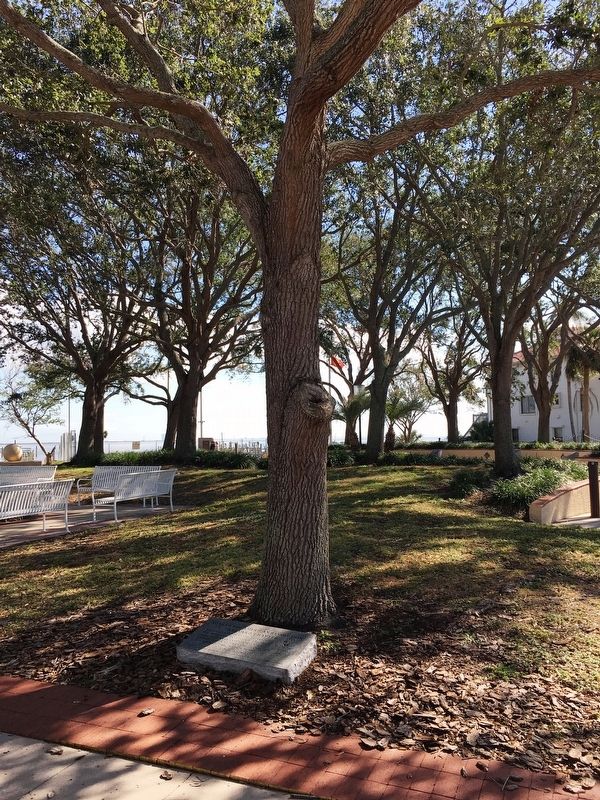