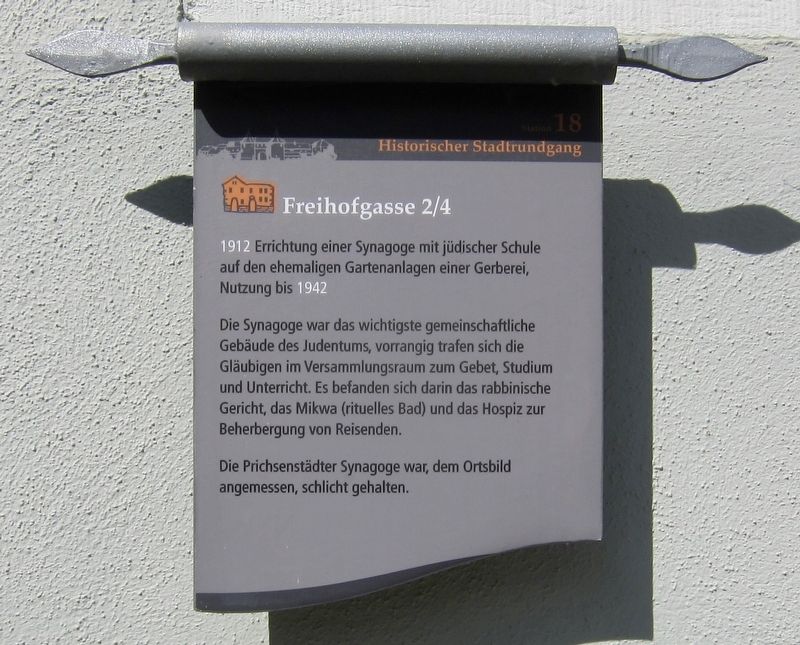 By Andrew Ruppenstein, June 26, 2017
1. Synagoge / Synagogue Marker
Inscription.
[English translation:] . 1912 Construction of a synagogue with a Jewish school on the former tannery yard, in use until 1942.

In Jewish life, the synagogue was the most important community building, with the believers primarily meeting in the congregation room for prayer, study and instruction. It housed a rabbinical court, mikva (ritual bath) and lodgings for the accommodation of travelers.

The Prichsenstadt synagogue was in keeping with the rest of the town - unpretentious. . This historical marker is in Prichsenstadt in Landkreis Kitzingen Bavaria Germany