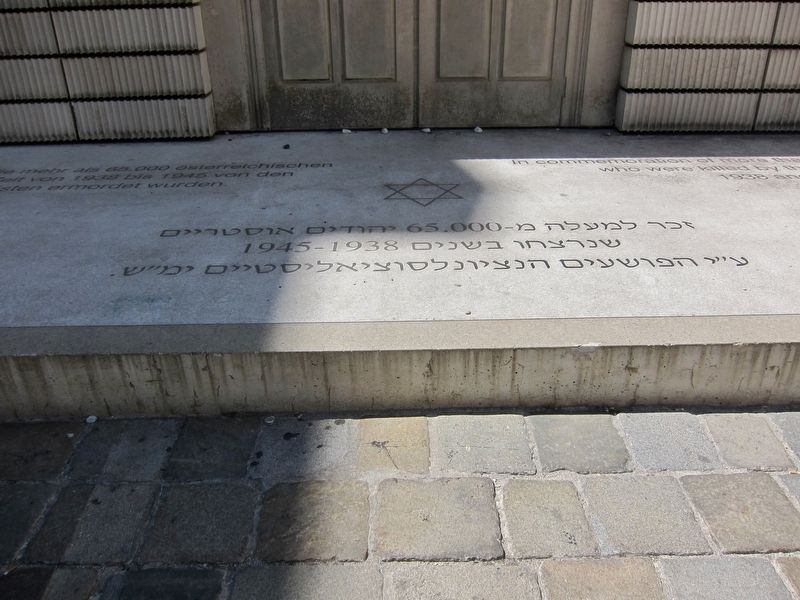 By Andrew Ruppenstein, June 15, 2017
1. Holocaust Memorial Marker - Hebrew text
Inscription.
In commemoration of more than 65,000 Austrian Jews who were killed by the Nazis between 1938 and 1945.

[On three sides of the memorial, the names of the following concentration camps are inscribed:]