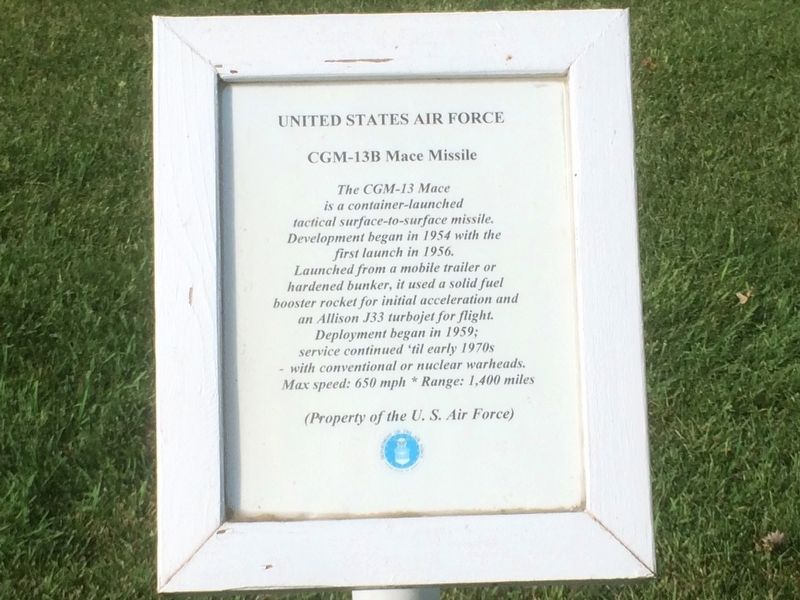 The CGM-13 Mace is a container-launched tactical surface-to-surface missile. Development began in 1954 with the first launch in 1956. Launched from a mobile trailer or hardened bunker, it used a solid fuel booster rocket for initial acceleration and an Allison J33 turbojet for flight. Deployment began in 1959; service continued 'til early 1970s - with conventional or nuclear warheads. Max speed: 650 mph *Range: 1,400 miles

Topics. This historical marker is listed in these topic lists: Air & Space • War, Korean. A significant historical year for this entry is 1954. 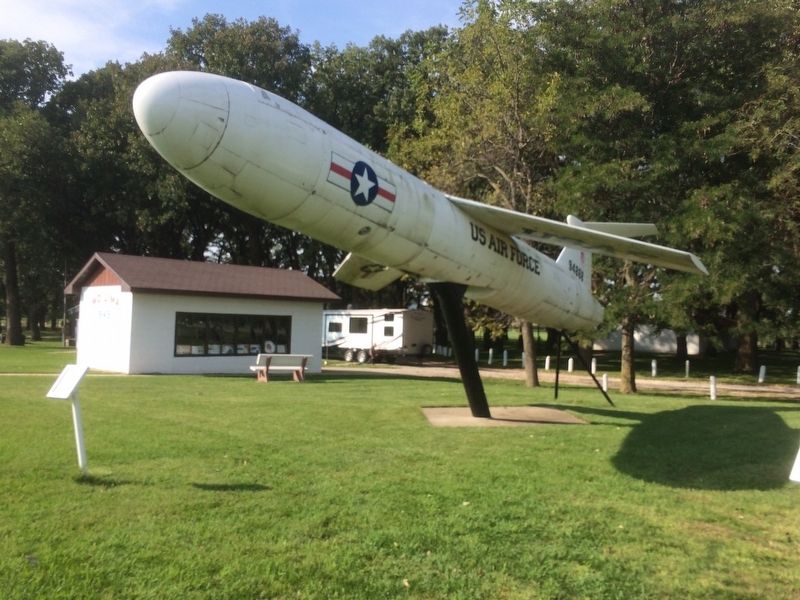