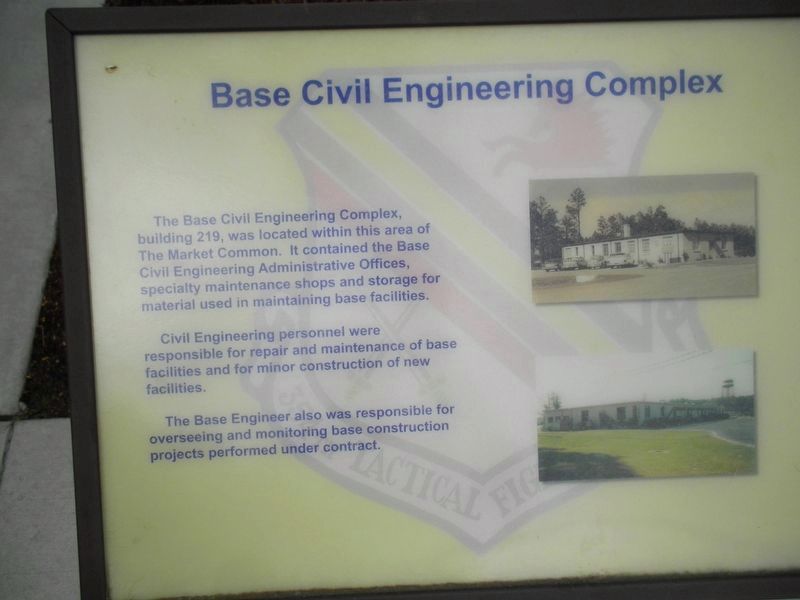 Civil Engineering personnel were responsible for repair and maintenance of base facilities and for minor construction of new facilities.

The Base Engineer also was responsible for overseeing and monitoring base construction projects performed under contract.

Other nearby markers. At least 8 other markers are within walking distance of this marker. Joe W. Blizzard (here, next to this marker); Captain Stephen Richard Phillis (about 300 feet away, measured in a direct line); Colonel Warren R. Lewis (about 400 feet 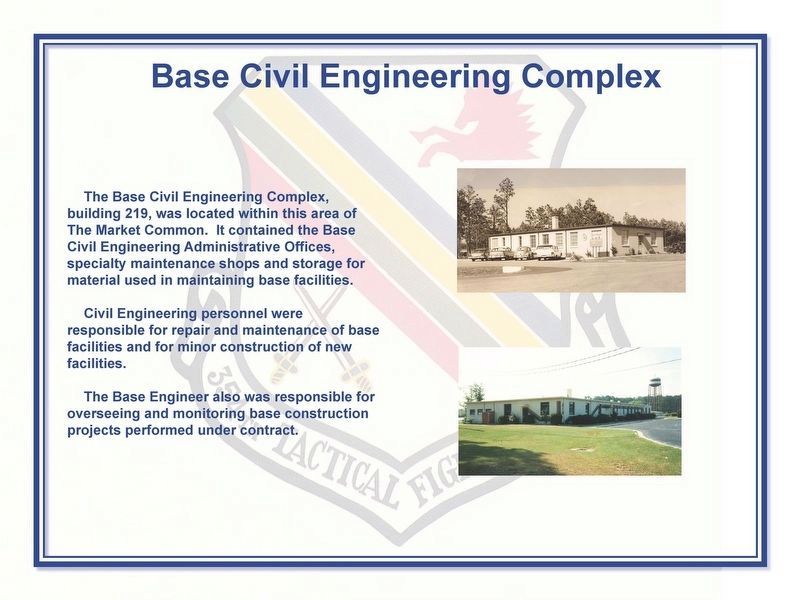 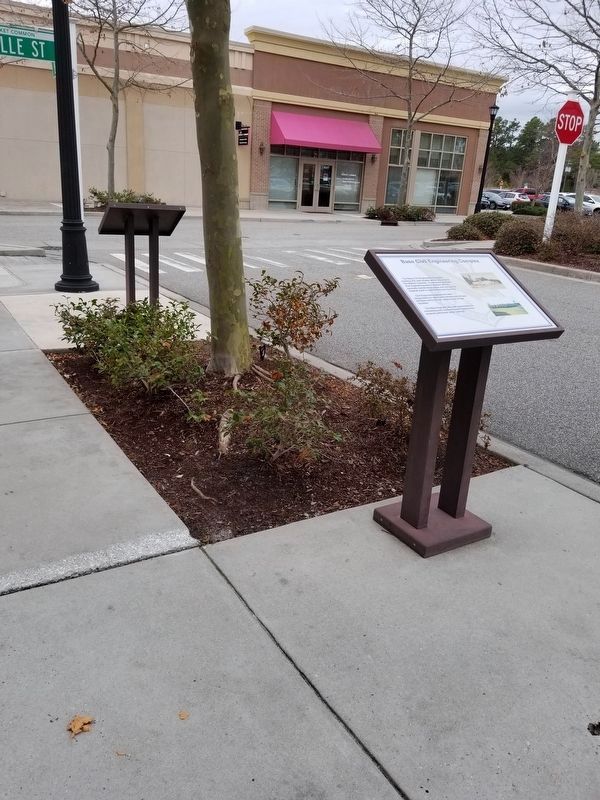