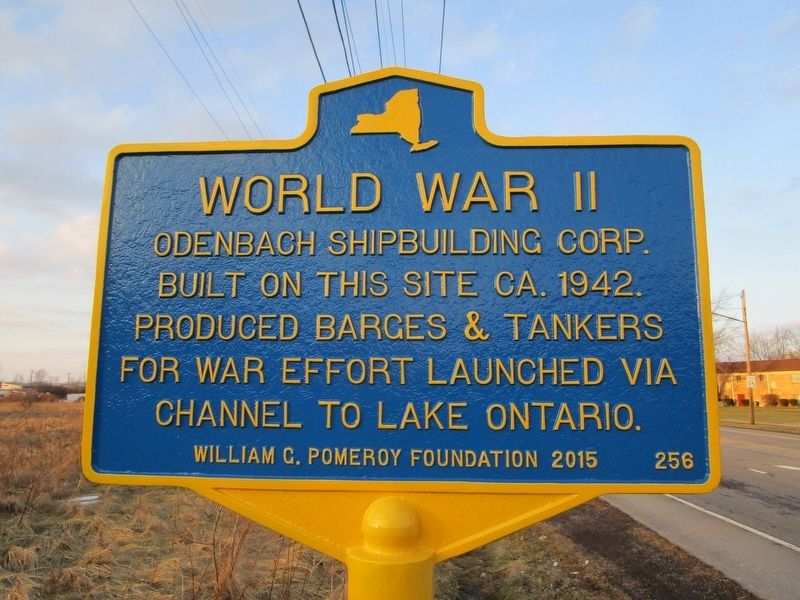 Topics and series. This historical marker is listed in this topic list: War, World II. In addition, it is included in the William G. Pomeroy Foundation series list. A significant historical year for this entry is 1942.

Location. 43° 15.842′ N, 77° 38.809′ W. Marker is in Greece, New York, in Monroe County. Marker is at the intersection of Dewey Avenue and Ling Road (County Route 143), on the left when traveling north on Dewey Avenue. Touch for map. Marker is in this post office area: Rochester NY 14612, United States of America. Touch for directions. 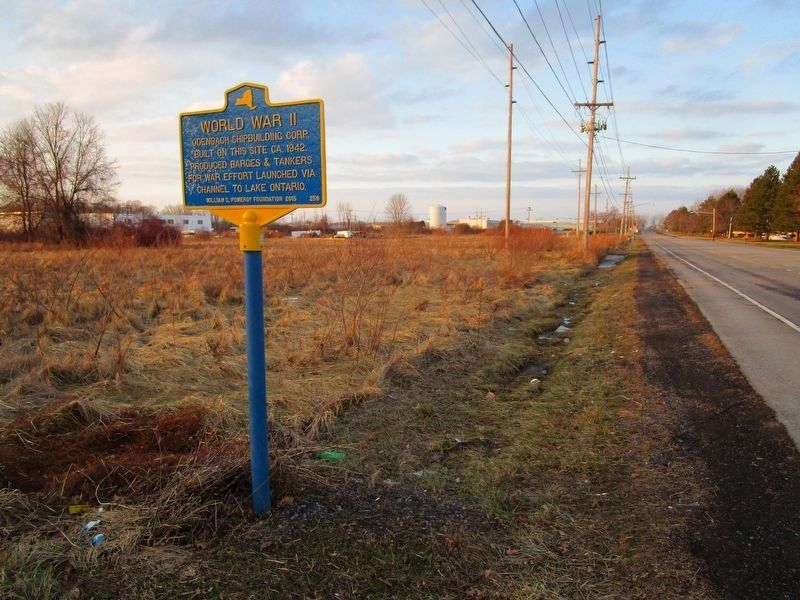 Photographed By Anton Schwarzmueller, January 28, 2018
2. World War II Odenbach Shipbuilding Marker
Northward on Dewey Avenue. A stream leading to Round Pond is behind the property. The pond has an opening to Lake Ontario.

Regarding World War II. John H. Odenbach owned the Odenbach Shipbuilding Corporation, which broke ground in 1942. At its peak, the plant employed over 1,500 people and produced over fifty coastal tankers and derrick barges before the end of the war in 1945.