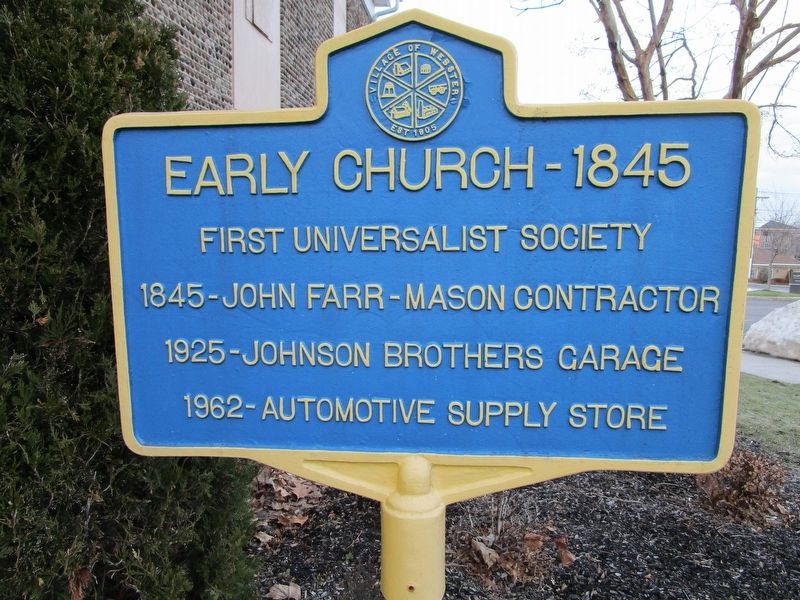 Erected by Village of Webster. 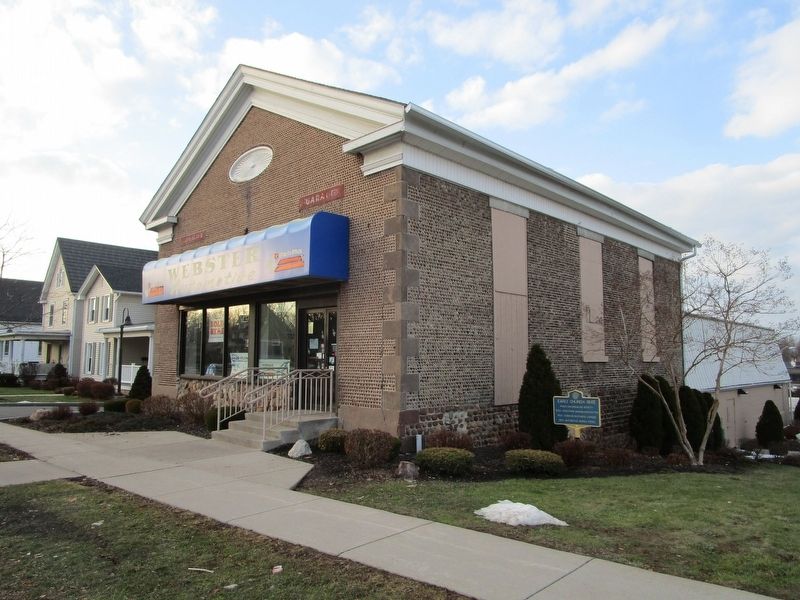 By Anton Schwarzmueller, January 28, 2018
2. Early Church - 1845 & Marker
The marker is mounted on a very short post. The building blocks the marker from being viewed eastbound.
(approx. 0.3 miles away); F.M. Jones House (approx. half a mile away); Bresson House (approx. 0.6 miles away). Touch for a list and map of all markers in Webster.