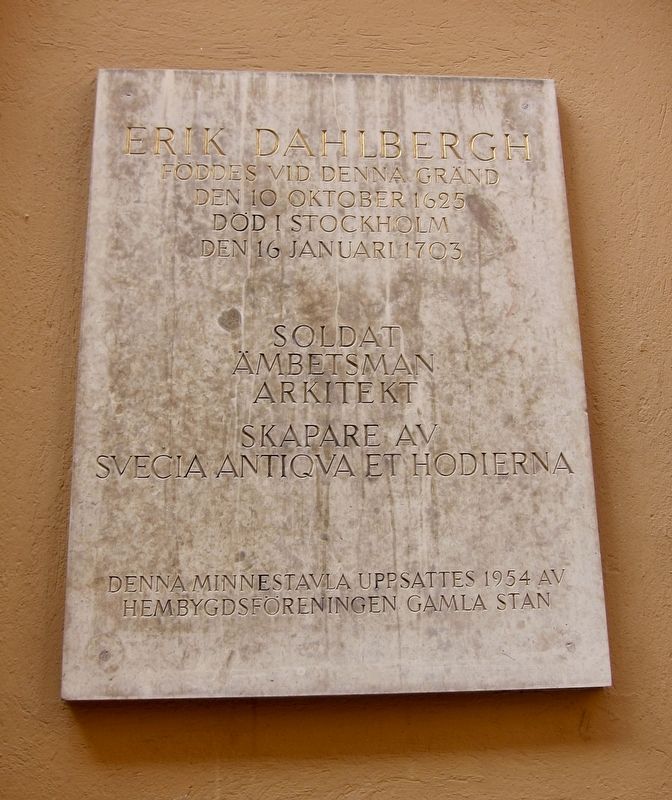 Author of Ancient and Modern Sweden

This plaque was installed in 1954 by the Old Town Local History Association . . This historical marker was erected in 1954 by Hembygdsföreningen Gamla Stan. It is in Stockholm in Stockholm County Södermanland Province Sweden