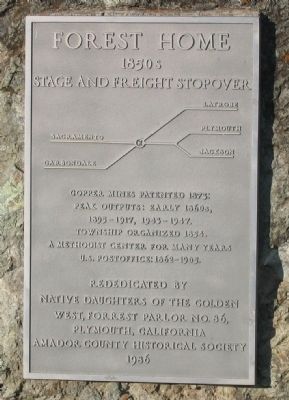 Topics and series. This historical marker is listed in these topic lists: Industry & Commerce • Natural Resources • Notable Places • Roads & Vehicles • Settlements & Settlers. In addition, it is included in the Native Sons/Daughters of the Golden West series list.

Other nearby markers. At least 8 other markers are within 7 miles of this marker, measured as the crow flies. Gold Mining and Michigan Bar (approx. 4.9 miles away); Drytown 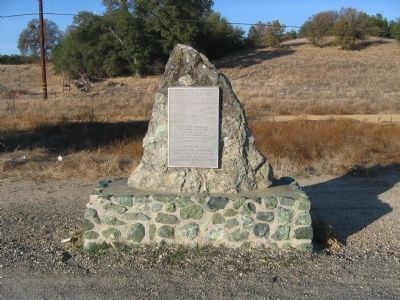 Also see . . .  Forest Home, Amador County Ghost Town. "In the flow, interplay, contacts, groupings, polarizations, and stratifications of all nationalities, economic levels, culture, learning, and degrees of compe­tence, occasionally there is encountered a group crystallizing from a single geographical origin. We may well use Forest Home as an example of this, where if not a majority, at least a wide segment of the inhabitants hailed from the Wolverine State..." (Submitted on July 13, 2015, by James King of San Miguel, California.) 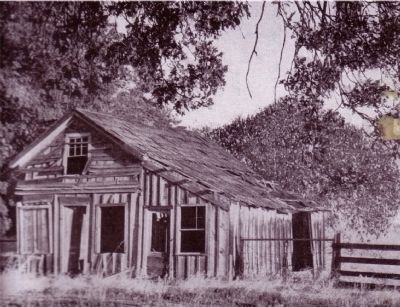 By Otheto Weston, circa 1948
3. Forest Home Store
This building, no longer standing, was said to have been a small store which supplied miners with mining and other supplies. 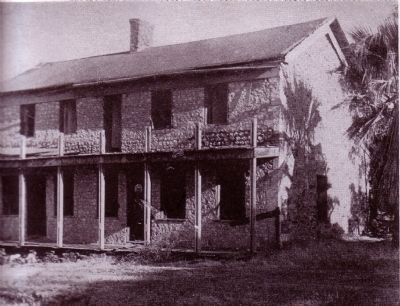