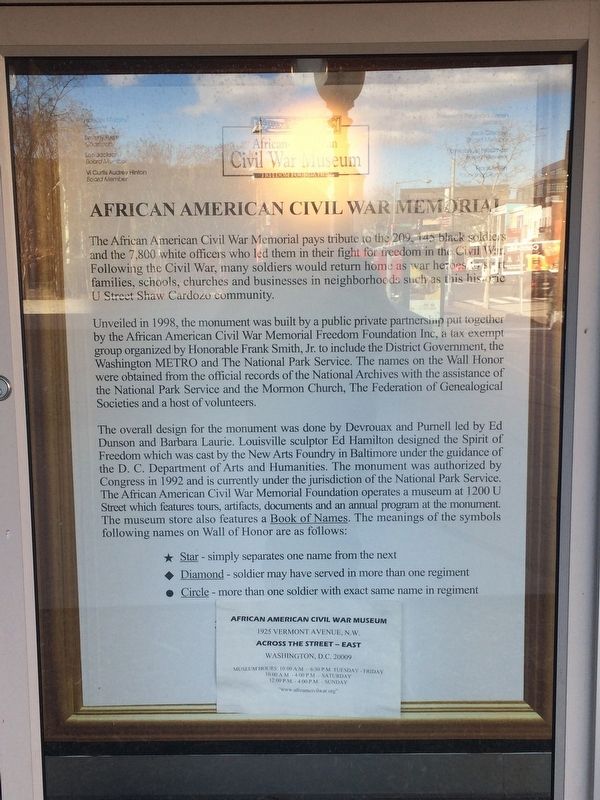 The African American Civil War Memorial pays tribute to the 209,145 black soldiers and the 7,800 white officers who led them in their fight for freedom in the Civil War. following the Civil War, many soldiers would return home as war heroes to start families, schools, churches, and businesses in the neighborhoods such as this historic U Street Shaw Cardozo community.

Unveiled in 1998, the monument was built by a public private partnership put together by the African American Civil War Memorial Freedom Foundation Inc, a tax exempt group organized by Honorable Frank Smith, Jr. to include the District Government, the Washington Metro and The National Park Service. The names on the Wall Honor were obtained from the official records of the National Archives with the assistance of the National Park Service and the Mormon Church, The Federation of Genealogical Societies and host of volunteers.

The overall design for the monument was done by Devrouax and Purnell led by Ed Dunson and Barbara Laurie. Louisville sculptor Ed Hamilton designed the Spirit of Freedom which was cast by the New Arts Foundry in Baltimore under the guidance 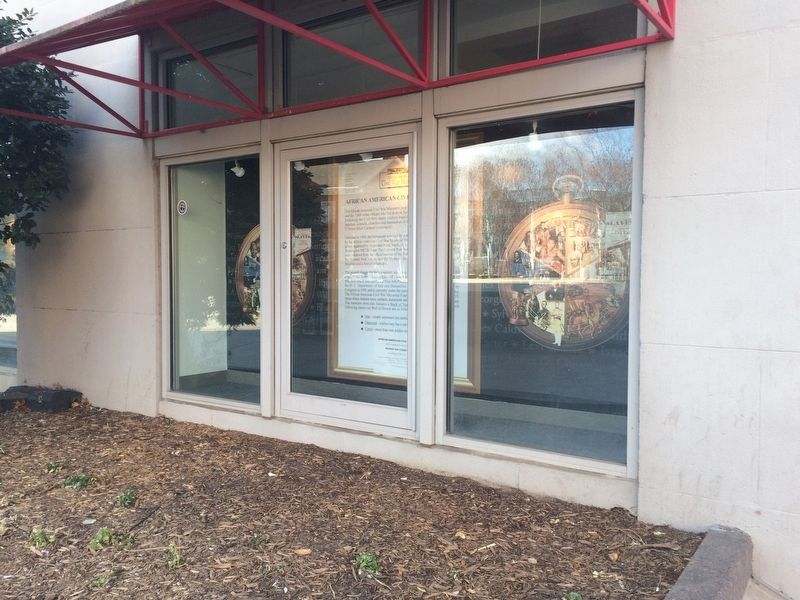 Click or scan to see
this page online
of the D. C. Department of Arts and Humanities. The monument was authorized by Congress in 1992 and is currently under the jurisdiction of the National Park Service. The African American Civil War Memorial Foundation operates a museum at 1200 U Street which features tours, artifacts, documents and an annual program at the monument. The museum store also features a Book of Names. The meanings of the symbols following names on Wall of Honor are as follows: