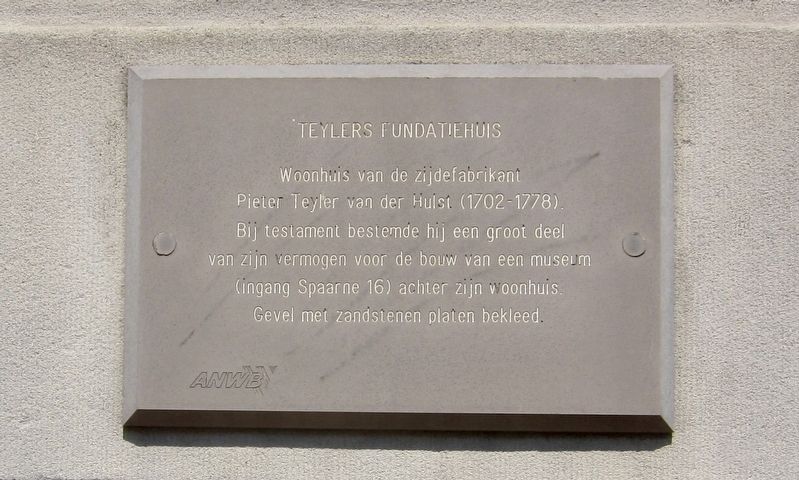 House of the silk manufacturer Pieter Teyler van der Hulst (1702-1778). In his will he directed that a large part of his estate be used to build a museum behind his house (entrance on Spaarne 16). Sandstone-covered facade. . This historical marker was erected by The ANWB. It is in Haarlem North Holland Netherlands