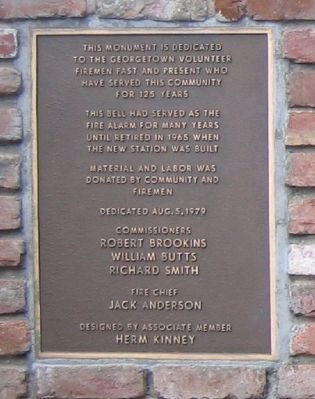 This monument is dedicated to the Georgetown Volunteer Firemen past and present who have served this community for 125 years.

This bell had served as the fire alarm for many years until retired in 1965 when the new station was built. Material and labor was donated by community and firemen.

Topics. This historical marker is listed in these topic lists: Charity & Public Work • Heroes. A significant historical year for this entry is 1965. 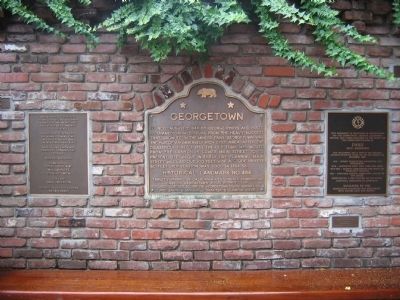 Photographed By Syd Whittle, October 28, 2005
2. Georgetown Volunteer Firemen Marker
To the right of this marker are the California Registered Historical Landmark marker and the Chief Jack Anderson Marker 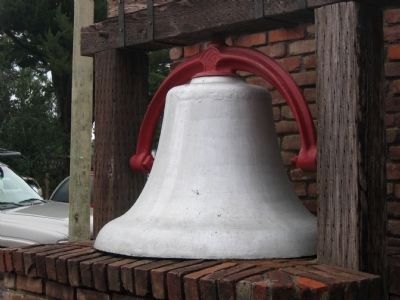