A Memorial to The Second Fremont Exploring Expedition

— to Oregon and North California — 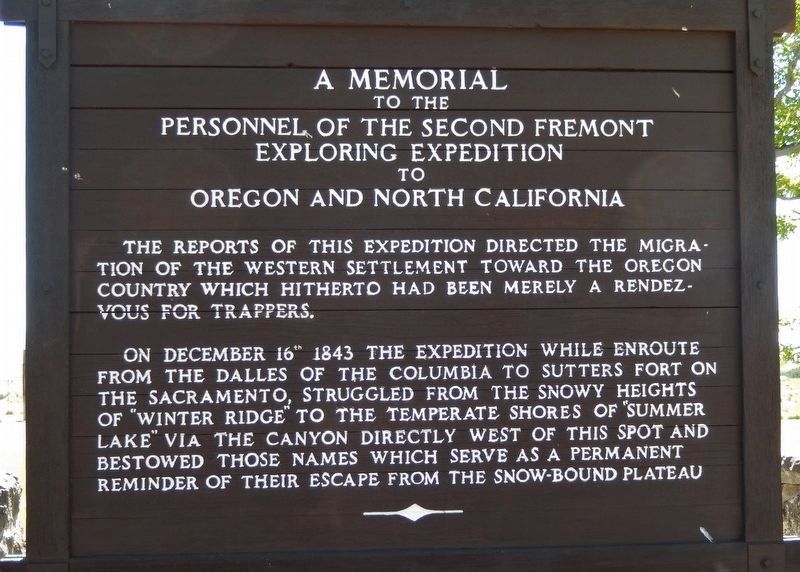 side 1
The reports of this expedition directed the migration of the western settlement toward the Oregon Country which hitherto had been merely a rendezvous for trappers.

On December 16th 1843 the expedition, while enroute from the Dalles of the Columbia to Sutters Fort on the Sacramento, struggled from the snowy heights of "Winter Ridge" to the temperate shores of "Summer Lake" via the canyon directly west of this spot and bestowed those names which serve as a permanent reminder of their escape from the snow-bound plateau 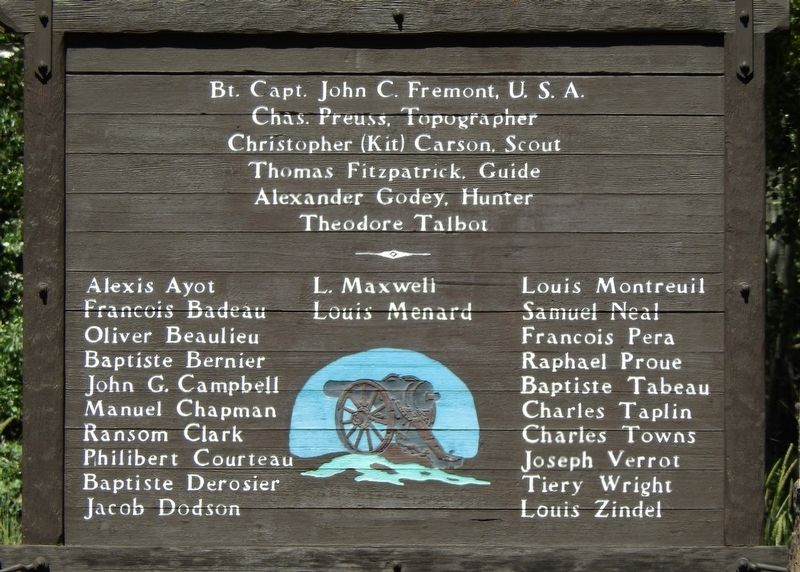 Topics. This historical marker and memorial is listed in these topic lists: Exploration • Settlements & Settlers. A significant historical date for this entry is December 16, 1843.

Also see . . .
1. First and Second Expeditions.
Emigrants traveling to Oregon Country (the area including present-day Oregon, Washington, and Idaho) before Frémont published his report in 1843 did so without an official map. Frémont’s first and second expeditions journeyed into territory unfamiliar to most Americans. Frémont’s descriptions of the land, wildlife, Native Americans, and scenery shaped the nations’ view of the West and contributed to the increased enthusiasm for expanding and settling the western frontier of the United States. (Submitted on February 5, 2018, by Cosmos Mariner of Cape Canaveral, Florida.) 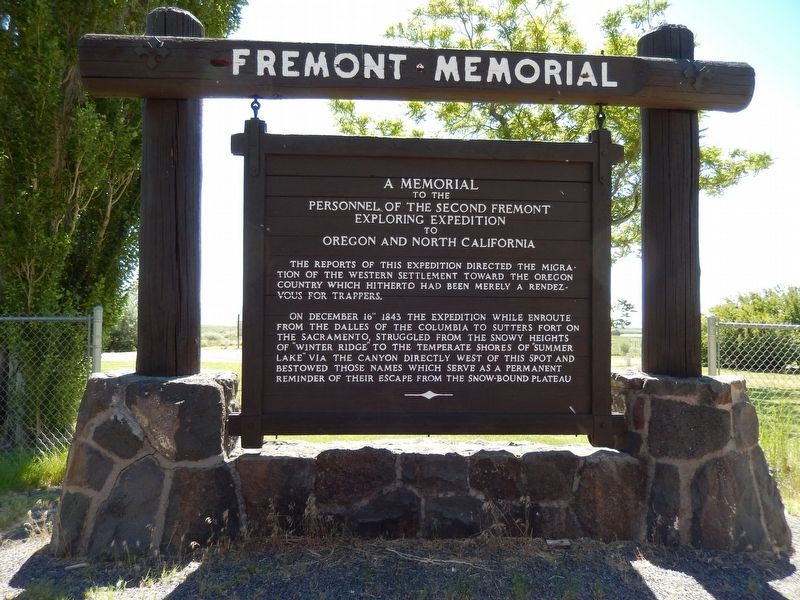 Photographed By Cosmos Mariner, June 27, 2016
3. Fremont Memorial Marker (side 1; wide view)
2. Trail of the John C. Frémont 1844 Expedition.
At the start of his trip back towards Missouri, Frémont—low on provisions and fearing death from cold and starvation—made a risky decision to turn west and cross the Sierra Nevada to Sutter's Fort in California. It was the middle of winter; the mountains were covered by a deep snow, and Frémont had severely underestimated the challenge that bestowed him. Washoe Indians tried to warn the crew that crossing the Sierra during winter would be impossible. They described, “Rock upon rock; snow, upon snow.” (Submitted on February 5, 2018, by Cosmos Mariner of Cape Canaveral, Florida.) 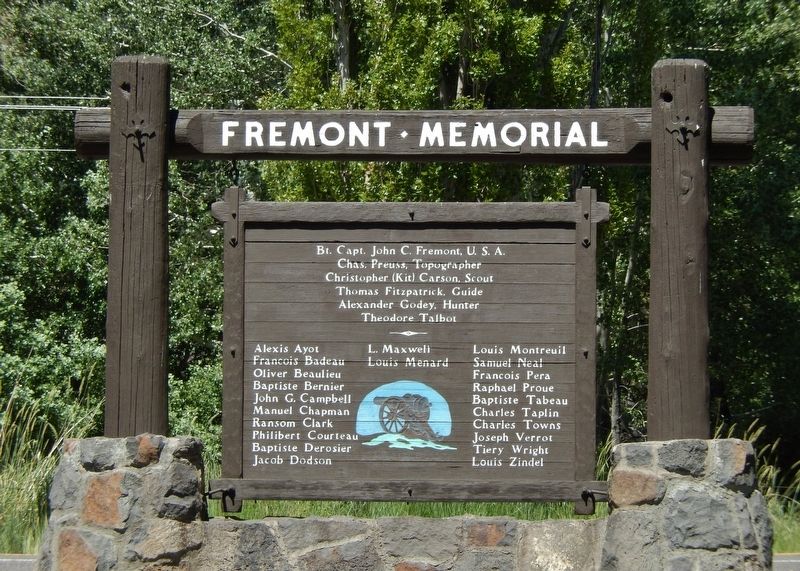