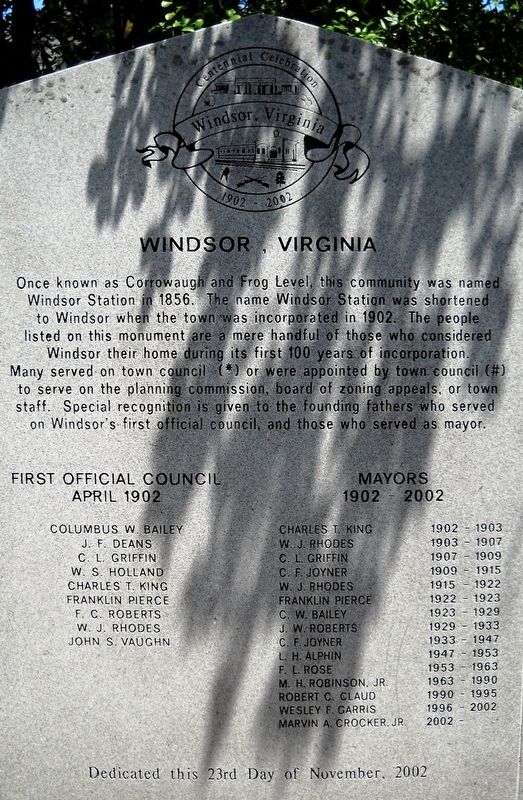 Once known as Corrowaugh and Frog Level, this community was named Windsor Station in 1856. The name Windsor Station was shortened to Windsor when the town was incorporated in 1902. The people listed on this monument are a mere handful of those who considered Windsor their home during its first 100 years of incorporation. Many served on town council (*) or were appointed by town council (#) to serve on the planning commission, board of zoning appeals, or town staff. Special recognition is given to the founding fathers who served on Windsor’s first official council, and those who served as mayor. 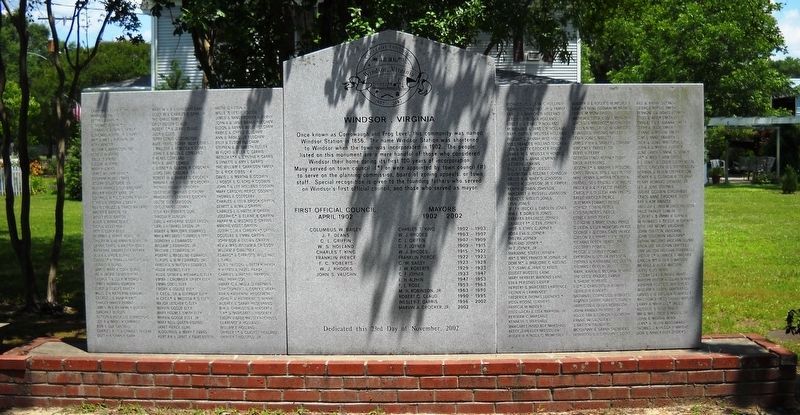 Photographed By Cynthia L. Clark, June 10, 2017
2. The Centennial Celebration Monument.
Over 200 names are listed on the monument’s two side panels.

Topics. This historical marker is listed in this topic list: Settlements & Settlers. A significant historical year for this entry is 1856.

Location. 36° 48.498′ N, 76° 44.555′ W. Marker is in Windsor, Virginia, in Isle of Wight County. Marker can be reached from the intersection of Church Street (County Road T-603) and Duke Street (County Route T-1812), on the right when traveling east. Located in Centennial Park. Touch for map. Marker is at or near this postal address: 8 E Windsor Blvd, Windsor VA 23487, United States of America. Touch for directions. 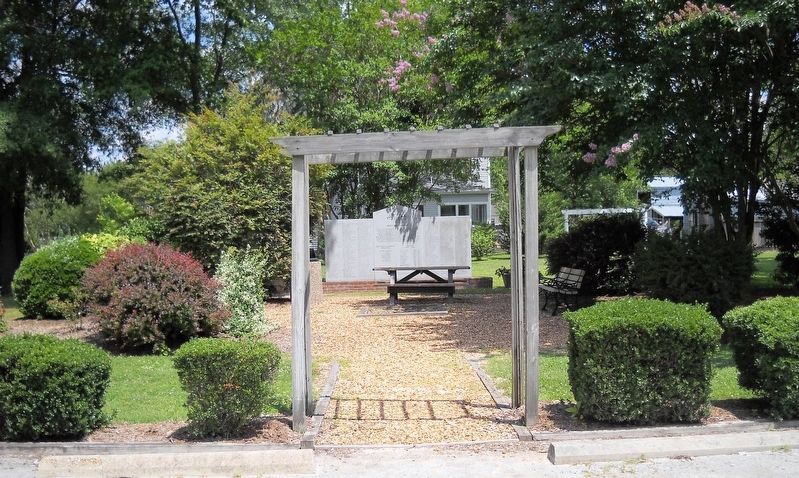 Photographed By Cynthia L. Clark, June 10, 2017
3. A view of the monument from the parking lot.
The side entrance to Centennial Park is pictured here.

2. History of the Windsor Town Seal. (Submitted on February 7, 2018, by Cynthia L. Clark of Suffolk, Virginia.) 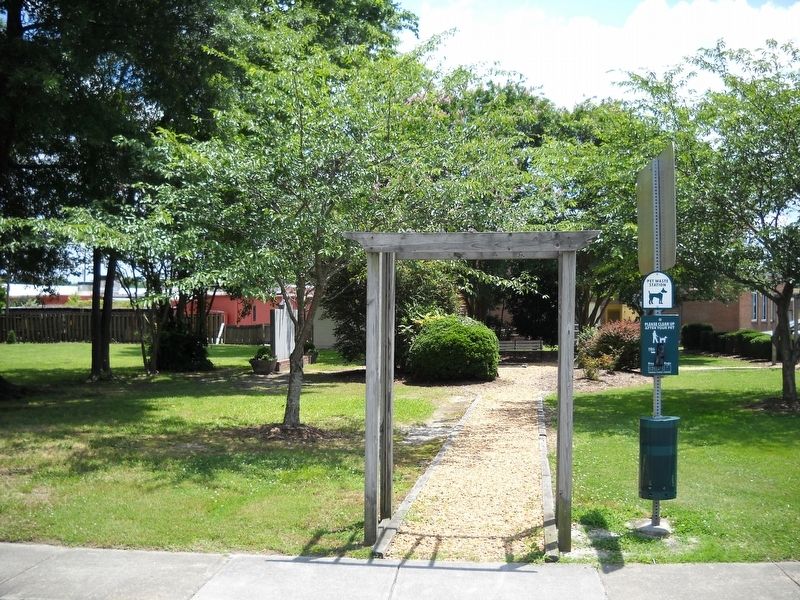 Photographed By Cynthia L. Clark, June 10, 2017
4. A view of the monument from the sidewalk.
The viewer is looking south where the monument is in the far background (left). 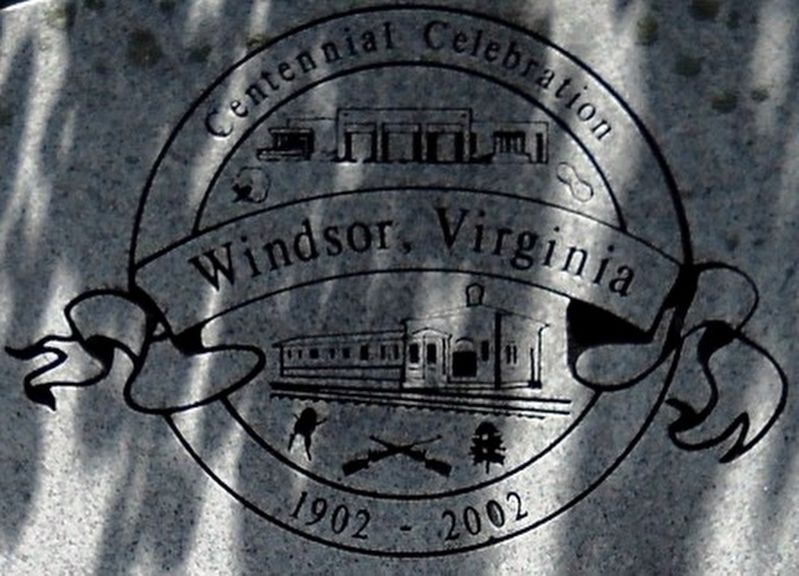 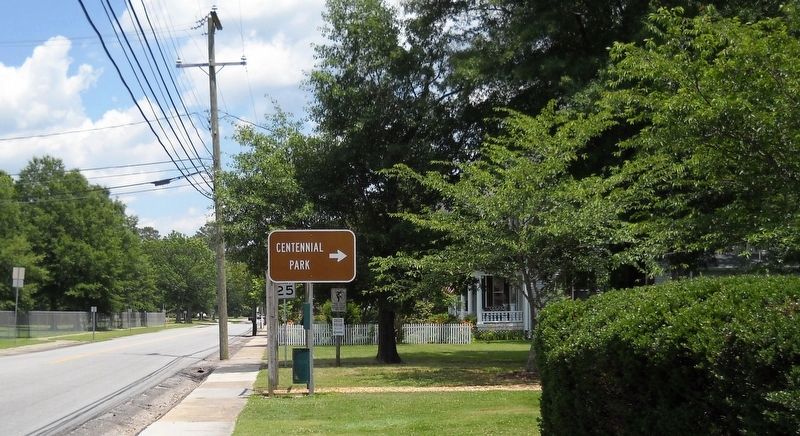